Read These Women in Translation Now 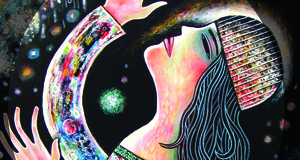 In celebration of Women in Translation Month, Translationista invited a number of publishers to select one book each by a female author to be offered as part of a special WIT Month promotion at a 40% discount. Details on each book and ordering information below. Huge thanks to all the publishers (see below) who took me up on the invitation to join in celebrating this month of reading women from around the globe! Please check out the books they recommend, purchase via the links provided to receive the discount, or from your local bookseller, and tweet your reads with the hashtags #WITMonth and #readwomen. Books by gals make great beach companions too – perfect for August! So here are the books these publishers thought you might enjoy:

Friederike Mayröcker is one of the most original (and prominent) Austrian writers, famous for the baroque, “hallucinatory” quality of her poetry and prose. Born 1924 in Vienna, where she continues to live, she was associated with the experimental “Vienna Group” in the 1960s. She has received many prestigious literary prizes in both Austria and Germany.

Heiligenanstalt contains four fictions “around” the composers Chopin, Bruckner, Schubert, and the trio of Brahms, Clara and Robert Schumann. All presided over by Beethoven whose “Heiligenstadt Testament” is evoked by the title (literally: “Saints’ Asylum”: a reference to Robert Schumann’s years of insanity). Mayröcker has worked from biographical material, but has above all, “looked into the eye of the hurricane.” 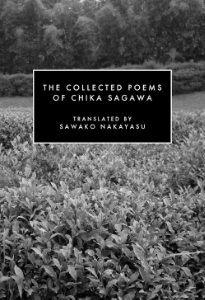 The Collected Poems of Chika Sagawa is the first comprehensive collection of one of Japan’s foremost modernists to appear in English translation. It won the 2016 PEN Award for Poetry in translation, and the project received a grant from the Japan Foundation. 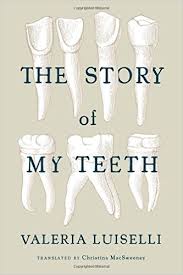 Highway is a late-in-life world traveller, yarn spinner, collector, and legendary auctioneer. His most precious possessions are the teeth of the ‘notorious infamous’ like Plato, Petrarch, and Virginia Woolf. Written in collaboration with the workers at a Jumex juice factory, The Story of My Teeth is an elegant, witty, exhilarating romp through the industrial suburbs of Mexico City and Luiselli’s own literary influences. 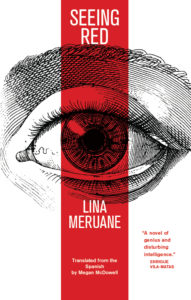 Seeing Red describes a young Chilean writer recently relocated to New York for doctoral work who suffers a stroke which leaves her blind. It charts her journey through hospitals and an increased dependency on those closest to her to cope. Fiction and autobiography intertwine in an intense, visceral, and caustic novel about the relation between the body, science, and human relationships. Seeing Red is the haunting English-language debut by one of Latin America’s most renowned authors, praised across the world for her psychological and linguistic mastery. 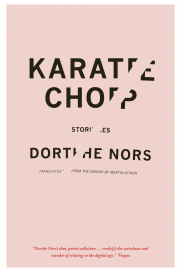 The fifteen stories of Karate Chop are meticulously observed glimpses of everyday life that expose the ominous lurking under the ordinary: while his wife sleeps, a husband prowls the Internet, obsessed with female serial killers; a bureaucrat tries to reinvent himself, exposing goodness as artifice when he converts to Buddhism in search of power; a woman sits on the edge of the bed where her lover lies, attempting to locate a motive for his violence within her own self-doubt. Shifting between moments of violence (real and imagined) and mundane contemporary life, these stories encompass the complexity of human emotions, our capacity for cruelty as well as compassion. 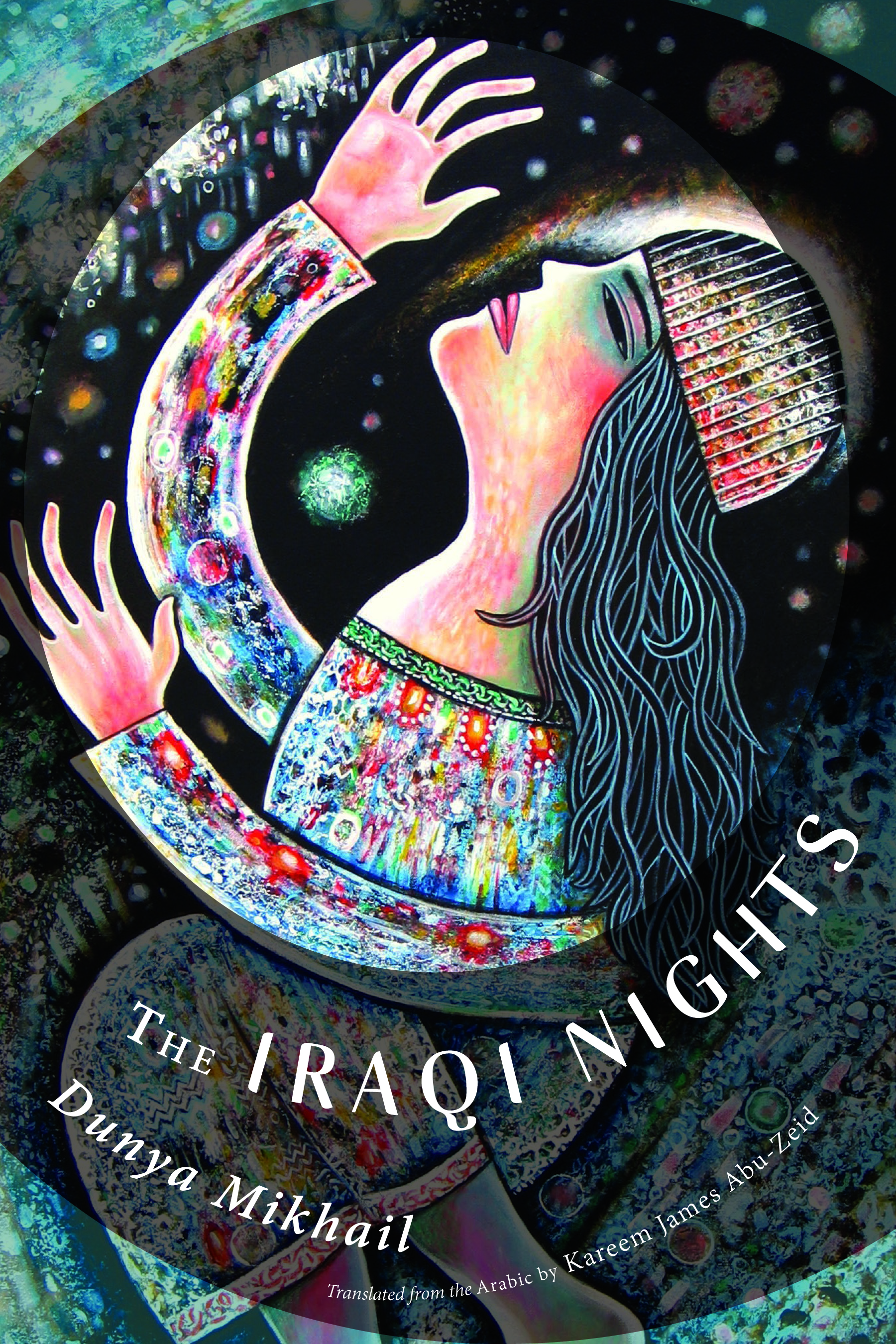 The Iraqi Nights is the third collection by the acclaimed Iraqi poet Dunya Mikhail. Taking The One Thousand and One Nights as her central theme, Mikhail personifies the role of Scheherazade the storyteller, saving herself through her tales. In this haunting collection, the nights are endless, seemingly as dark and as endless as war. Yet the poet cannot stop dreaming of a future beyond the violence — of a place where “every moment / something ordinary / will happen under the sun.” Unlike Scheherazade, however, Mikhail is writing not to escape death, but to summon the strength to endure. Inhabiting the emotive spaces between Iraq and the U.S., Mikhail infuses those harsh realms with a deep poetic intimacy. 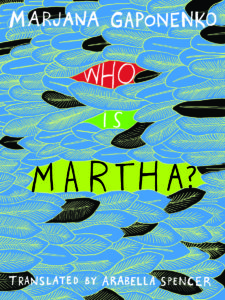 In this rollicking novel, 96-year-old ornithologist Luka Levadski foregoes treatment for lung cancer and moves from Ukraine to Vienna to make a grand exit in a luxury suite at the Hotel Imperial. He reflects on his past while indulging in Viennese cakes and savoring music in a gilded concert hall. Levadski was born in 1914, the same year that Martha – the last of the now-extinct passenger pigeons – died. Levadski himself has an acute sense of being the last of a species. He may have devoted much of his existence to studying birds, but now he befriends a hotel butler and another elderly guest, who also doesn’t have much time left, to share in the lively escapades of his final days. 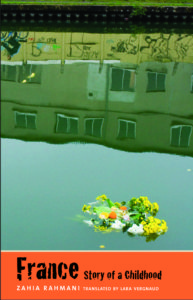 An intimate, heartbreaking autobiographical novel of an Algerian Muslim family’s exile from home and unwelcoming reception in France—a tale ofimprisonment and escape, persecution and loss, narrated by the daughter of an alleged Harki, an Algerian soldier who fought for the French during the Algerian War for Independence. It was the fate of such men to be twice exiled, first in their homeland after the war, and later in France, where fleeing Harki families sought refuge but instead faced contempt, discrimination, and exclusion. Zahia Rahmani blends reality and imagination to offer a fictionalized version of her own family’s struggle. Lara Vergnaud’s beautiful translation from the French perfectly captures the voices and emotions of Rahmani’s childhood in a foreign land. 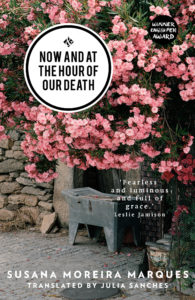 And Other Stories, a publisher that maintains a U.S. outpost and participates in the literary life of this country (as well as being  a leader in pro-woman publishing projects) suggests Now and at the Hour of Our Death by Susana Moreira Marques, translated by Julia Sanches, published Oct. 22, 2015.

Accompanying a palliative care team, Moreira Marques travels to Trás-os-Montes in half-deserted rural Portugal. In this book she gathers the voices and stories of those affected by terminal cancer. Blending the immediacy of oral history with the sensibility of philosophical reportage, Moreira Marques’ book speaks about death in a fresh way.

OR Books suggests the bilingual anthology Gay Propaganda (with over 50% female authors), co-edited by Masha Gessen and Joseph Huff-Hannon, with translations into English by Bela Shayevich, and into Russian by Andrei Borodin, Dmitry Karelsky, and Svetlana Solodovnik, published March 20, 2014.

Gay Propaganda brings together original stories, interviews and testimonial, presented in both English and Russian, to capture the lives and loves of LGBT Russians living both in Russia and in exile today. The stories gathered in Gay Propaganda offer a timely and intimate window into the hardships faced by Russians on the receiving end of state-sanctioned homophobia. Here are tales of men and women in long-term committed relationships as well as those still looking for love; of those trying to raise kids or taking care of parents; of those facing the challenges of continuing to live in Russia or joining an exodus that is rapidly becoming a flood.

This article was originally published at Translationista.

"While no Republican members of Congress have directly addressed the Santos drag allegations, drag has become a hot-button issue in the party.

At least 8 states have introduced... legislation to restrict or censor drag shows, according to Pen America." https://www.bbc.com/news/world-us-canada-64388524

Every year, over 10 million people are admitted to jails in the U.S.—causing immense harm and disruption to people’s lives, families, and communities.

Too often, the harsh reality of life behind bars is invisible to the public. https://www.vera.org/the-human-toll-of-jail-2023