Performances for Our Moment: Recordings from L.A. Theatre Works

For your listening enjoyment, PEN America presents audio recordings of two notable plays—The Mountaintop by Katori Hall and Between Riverside and Crazy by Stephen Adly Guirgis, courtesy of L.A. Theatre Works, an organization that records and preserves great performances of important stage plays.

These audio recordings were selected from the LATW catalog by Victor Vazquez, 2014 PEN Emerging Voices Fellow and founder of X Casting NYC, a company dedicated to reimagining the art of casting by supporting projects led or created by Black, Indigenous, people of color, women, trans, and queer creators in NYC, Los Angeles, and globally.

We hope you enjoy these astounding performances and find much to contemplate and consider amid our current, long-overdue moment of reckoning.

The Mountaintop by Katori Hall 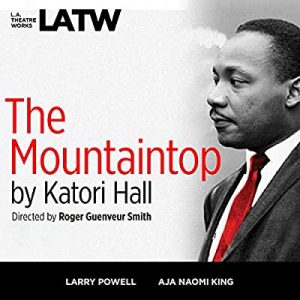 On April 4, 1968, Martin Luther King Jr. was assassinated outside of his room at the Lorraine Motel in Memphis. What happened inside room 306 on the evening of April 3 is the subject of Katori Hall’s The Mountaintop. Hours after King’s final speech, punctuated by his immortal line, “I’ve been to the mountaintop,” the celebrated reverend forms an unlikely friendship with a maid at the motel, as they talk into the early hours of what will be his final day. An L.A. Theatre Works full-cast performance featuring Aja Naomi King as Camae and Larry Powell as Dr. Martin Luther King Jr., this performance was directed by Roger Guenveur Smith and recorded in Los Angeles before a live audience at the James Bridges Theater at UCLA in May of 2016.

Between Riverside and Crazy by Stephen Adly Guirgis 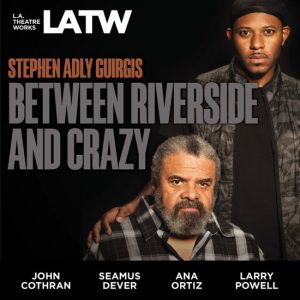 Ex-cop “Pops” Washington and his ex-con son Junior are barely holding onto one of the last great rent-stabilized apartments in Manhattan. Pops has his hands (not to mention his apartment) full as he navigates a steady stream of sketchy houseguests and sweats out the impending verdict of his lawsuit against the police department. A celebration of the glorious contradictions that make up human nature, this rowdy dark comedy looks at the slippery nature of justice and the grit it takes to finally move on. Between Riverside and Crazy won the 2015 Pulitzer Prize for Drama. This performance was recorded in front of a live audience at UCLA’s James Bridges Theater in November 2017.