The PEN Ten with Malka Older 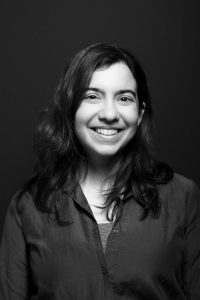 The PEN Ten is PEN America’s weekly interview series. In this week’s interview, we speak to Cuban-American writer Malka Older, author of Infomocracy and  Null States. Older will join Nicole Dennis-Benn and Elizabeth Acevedo for Cocktails and Conversation this Thursday, August 10, at the Brooklyn Museum. Tickets for this event are available here.

Pretty much as far back as I can remember, I’ve thought of myself as a writer. Part of it was that as a child I read so much and identified so strongly with books that being a writer felt like a natural extension of that. I wrote picture books bound with construction paper almost as soon as I could write, graduated to 10-page chapter books on an IBM desktop, and grew from there. Through school and various jobs, I’ve always written on my own time. Not every day, sometimes with gaps of weeks, but I always had a work in progress (or two or three) and generally chipped away at it fairly steadily.

That said, I never felt comfortable telling other people I was a writer until my book was published. Internally, I wrote, therefore I was a writer; to represent that to the world I needed some external validation. I’ve been getting used to calling myself a writer over the past year, and it’s been an interesting exercise in assuming in public an identity that was all but secret for decades.

I’m only interested in writing things that haven’t been written before (mainly because I hate reading things that I feel like I’ve read in some other guise a million times before). On the other hand, I will happily admit to influences, and the consequences to that are beautiful: a growing architecture of writing and ideas that build on each other and make possible new work.

Every time I do an interview like this one I am nervous about what I’m revealing to the world. I feel much more comfortable with fiction.

I’m not picky. The ideal situation includes access to tea, music I love, and a charger, but I don’t have a specific place I choose over others.

To tell a good story.

First of all, I love the idea of the public intellectual and I think we should bring it back into fashion. It’s certainly going strong in some other places. Intellectual pursuits should be engaged with res publica and vice versa.

But public intellectuals tend to be pretty individualistic. In terms of a collective purpose, writers mirror their societies, reflecting back and interpreting what they see with enough distance and distortion for recognition and insights and evolution to occur.

The line between observation and surveillance is defined by the power differential. Observation is something anyone can do and which can be returned. Everyone involved is potentially object as well as subject. It depends on attention rather than on access or technology. Surveillance comes from a position of power—authoritarian, financial, technological, or social—and is unidirectional.

I’m doubtful that one book could undo a lifetime of disrespect for freedom, dissent, and the written word, but to the extent it could its diagnosis would depend on specifics of the personality and setting.