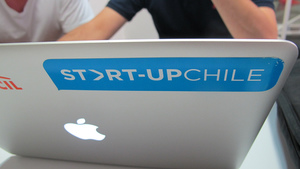 In a victory for freedom of expression, a Chilean lower court in Santiago threw out a claim for “usurpation of identity” for Twitter user Rodrigo Ferrari, a blogger and lawyer who operated a parody account that lampooned a billionaire businessman, according to Global Voices Advocacy. The case may still be reviewed by the Court of Appeals.

In March, PEN American Center pressed U.S. officials on their alleged role in forcing Twitter to hand over the personal identifying information of Mr. Ferrari that eventually led to his prosecution. As we wrote at the time:

In a letter to Secretary of State John Kerry and Attorney General Eric Holder, PEN expressed concern about the disclosure of user information, which reportedly occurred without a formal subpoena from the court hearing the case, and pointed out that Mutual Legal Assistance Treaties allow countries to refuse to such requests in cases where the prosecutions are meant to suppress freedom of expression. Noting that promoting Internet freedom has been a top policy priority of the Obama Administration, PEN warns that “complying with the request for user information that led to the identification and prosecution of Mr. Ferrari undermines the principles that the State Department has worked in so many ways to advance.”

PEN received an official response on March 5 from the Department of State that explained it would consult with the Department of Justice, which holds responsibility for requests under Mutual Legal Assistance Treaties. But in the short term the Chilean lower court has upheld the universally-guaranteed right to free expression, as Chilean netfreedom organization Derechos Digitales explained:

The accusation was a direct threat to freedom of expression in Chile, revealing the special bias of the Office of the Prosecutor when the affected interests are those of powerful citizens. A real democracy is one that protects the rights and safeguards of the common citizen, particularly in cases like this one. In that sense, we welcome the ruling of the court.

While the case may still be appealed to a high court, the lower court decision in favor of Mr. Ferrari represents a victory for digital freedom.