A panel of writers and executives criticized the publishing industry in a PEN America Town Hall on Tuesday for failing to make enough progress on diversity.

“The real question is why are we still having these conversations asking ‘should,’ when we already know that they should, and instead we should be asking, ‘how’ do we diversify,” Gay said.

The discussion followed the PEN America report Reading Between the Lines: Race, Equity, and Book Publishing, which detailed business practices that have kept book publishing overwhelmingly white. PEN America President Ayad Akhtar said in his opening remarks that PEN has “sounded the alarm and will continue to sound the alarm about the lack of diversity in publishing.”

Gay pointed to some solutions outlined in the report: allowing remote work, diversifying leadership, and raising pay “so it’s not just people with trust funds or hedge fund husbands who can work in publishing.”

“It’s not rocket science, and truly it’s super, super simple, but publishing simply does not want to make those changes,” she said. 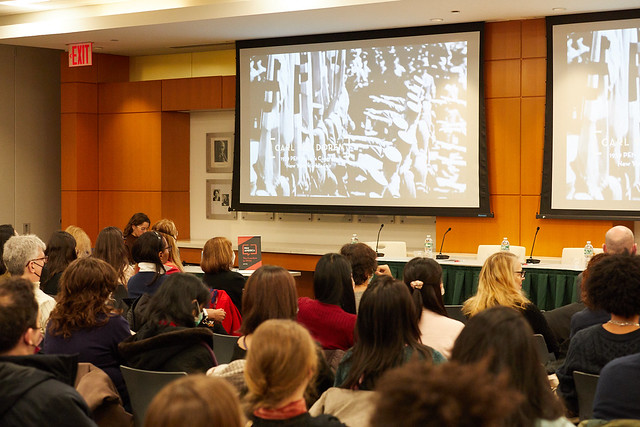 McDonald, vice president and executive editor at Alfred A. Knopf, said it’s not enough to bring people of color into the industry. Publishers also need to invest in infrastructure that advances diversity by making sure that books from authors of color receive the right marketing.

“I’ve been in this game for exactly 45 years, and I’ve never known publishers not to want to diversify,” he said. “And I’ve always seen that as an exercise in bad faith, because let’s not mince words: Book publishing is a white supremacist industry. And by white supremacist, I mean it caters to a consumer who is interested in a certain end product.”

“Publishers need to do what they said they said they were going to do after the murder of George Floyd,” he said. “And they have failed miserably, with the exception of certain token appointments.”

"Publishing, for the most part, lacks the infrastructure to publicize, market and sell certain types of books." Erroll McDonald #PENTownHall

Lee talked about the difficulty of breaking into the industry as an outsider writing about Korean Americans, without an agent or a contract. Once she was published, she hand sold her book by visiting book clubs that discussed it.

Beha argued that the Big Five publishers should not be custodians of American literature, and suggested that efforts might be better driven by independent publishers. Gay disagreed.

“I think when we try to tell ourselves that independent presses are somehow leading the way, we’re deluding ourselves,” Gay said. Although she agreed they are doing critical work, she added, “They are dealing with the exact same diversity issues that the Big Five are dealing with.”

Several panelists suggested improving outreach and marketing to new readers, including in communities of color and online.

Gay said the  Penguin Random House antitrust trial was eye opening about just how out of whack publishing advances can be, and how marketing can be tied to those big advances. Publishing diversely isn’t about checking off a box, but understanding that “excellence is everywhere.”

“Let’s talk about how we hold publishing’s feet to the fire and force change once and for all, so that the next generation of writers, especially Black writers and writers of color in general, don’t have to sit on these panels and talk about diversity, when we would probably rather be talking about our craft.”