Local News on the Brink 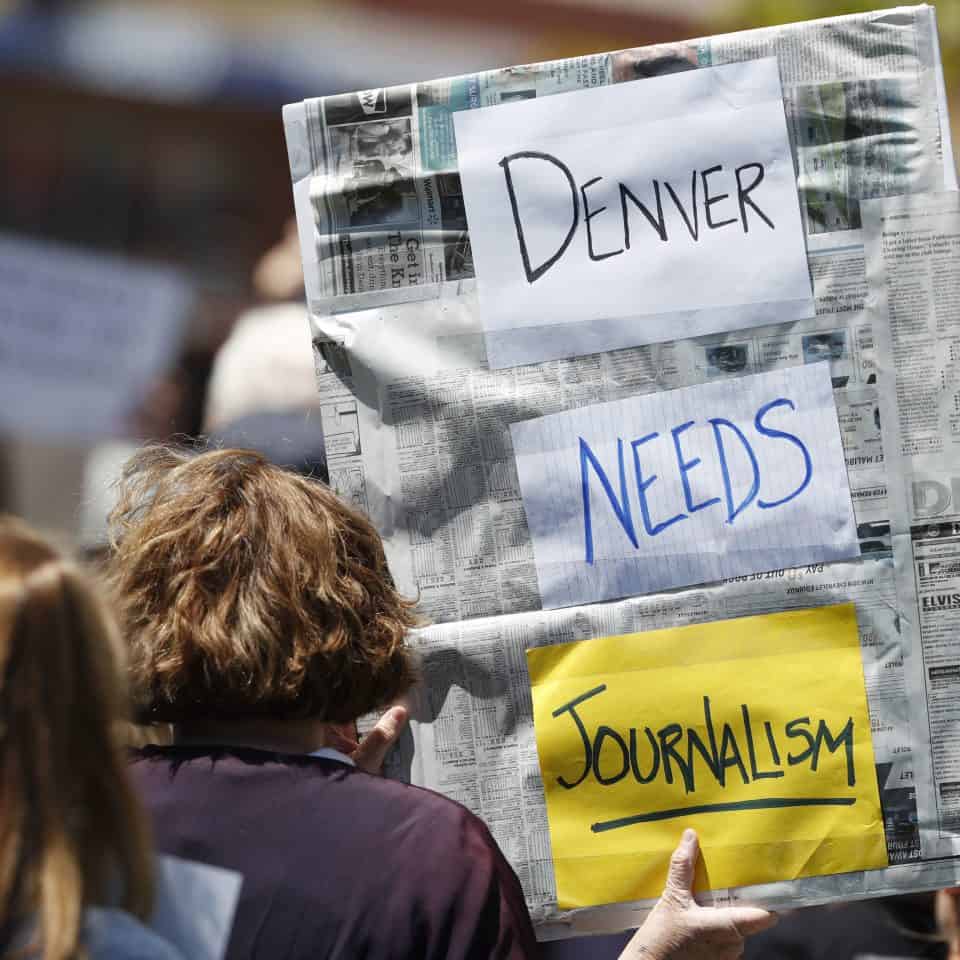 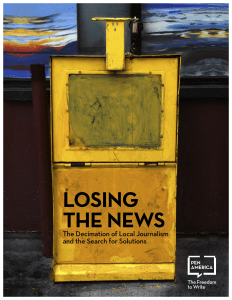 The story is familiar: A local rural business collapses after losing its battle with a national corporation from a distant city. What’s lost is not just the local livelihoods that business provided but also the local know-how that dies with it. Local merchants who know their suppliers, know their customers—know their businesses—are replaced by regional managers with MBAs, often without granular knowledge of either the service they are providing or the place they are serving, managers whose main directive is to cut costs. We’ve seen it to dire effect in retail, in farming, in insurance, almost everywhere, really.

When that national corporation is a hedge fund or media conglomerate and that local business is news, the consequences can be perilous. Local news is local know-how defined. A healthy local news ecosystem provides communities with the information they need to live safe, healthy lives and participate in the democratic life of their communities. Robust local news drives voter turnout, holds officials and corporate leaders accountable, makes people aware of nearby opportunities and dangers, and, perhaps most importantly, works against the now-widespread breakdown in social cohesion by narrating the life of a place and its inhabitants, telling the daily stories that form the basis for shared communal experience.

Since 2004, nearly 1,800 newspapers have closed, leaving American towns and cities—sometimes entire counties—without a meaningful source of local reporting. And the pace of closures is only accelerating as tech giants siphon off much of the ad revenue that once sustained the media industry. Other local news sources (TV, radio stations) continue to see widespread consolidation under conglomerates that lean on one-size-fits-all national news, the very sort of news now widely distrusted. But while Americans still trust their local news sources, what many don’t realize is how much these outlets are struggling.

Robust local news drives voter turnout, holds officials and corporate leaders accountable, makes people aware of nearby opportunities and dangers, and, perhaps most importantly, works against the now-widespread breakdown in social cohesion by narrating the life of a place and its inhabitants, telling the daily stories that form the basis for shared communal experience.

Which is why PEN America’s report about the crisis in local news is so welcome, so timely, and so necessary. Whether it’s walking us through the details of just how essential local news was in exposing the Flint water crisis or showing how disparities in access to news in neighboring North Carolina counties affected their respective environmental well-being, the report sheds light on how pivotal local news is to our civic life, and how imperiled it is. In case studies of Detroit and Denver, we see a host of problems play out: Municipal and corporate malfeasance rises in tandem with newsroom layoffs; fewer reporters on the beat means even more racial and economic inequality than usual in local coverage; national news dominates, eroding trust in the kind of information folks can verify with their own eyes and ears—all of this paving the way to wider tolerance for disinformation and “fake news.” I’ve seen all of this play out in my home state of Wisconsin. 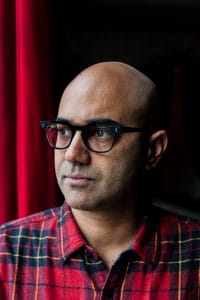 But not all the news is bad.

We learn, too, of inspiring journalists and citizens stepping into the breach, finding new ways to gather news and pay for it. In Denver, where two major papers once thrived, a host of locally run, community-focused outlets are proliferating. One such outlet, Chalkbeat, is reporting from public schools and school board meetings, covering education, one of the biggest casualties of the attrition in local news—and successfully scaling to other states. Nationwide, over 6,500 philanthropic foundations, as well as tech giants, are now financing media initiatives.

But can we really depend on the largesse of philanthropists or big-tech to resuscitate our news deserts? Perhaps the most important element of this report is its willingness to assess the viability of alternative models, to make hard and actionable recommendations, and to offer a cogent argument for a once unheard-of possibility: outright public funding for local news.

It’s work like this that makes me, as a board member, proud to be involved with PEN America. The freedom to express, it turns out, depends on the existence of audiences able to receive that expression. As such, the health of our local news must be a matter of critical national concern to us all.

Pulitzer Prize-winning playwright Ayad Akhtar has served as a PEN America trustee since 2015. A slightly modified version of this essay appears in PEN America’s new report, Losing the News: The Decimation of Local Journalism and the Search for Solutions.