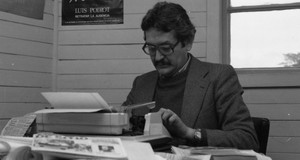 Seen from the perspective of Latin America, the assault on Charlie Hebdo is both terrifying and familiar.

Not long ago, right here, in Santiago de Chile, not far from the house where my wife Angélica and I live part of the year, journalists and writers who dared to criticize the regime of General Augusto Pinochet were systematically murdered—most of them tortured before being killed. Among so many, I remember above all José (“Pepone”) Carrasco—first my student at the university, then my friend and fellow exile, finally a colleague who worked, back in Chile, at the semi-clandestine magazine Análisis, which often ran satirical articles similar to the ones gracing Charlie Hebdo. The secret police came for José just before dawn on September 8, 1986—and told him not to put on his shoes. He wouldn’t be needing them where he was going. Some hours later, his bullet-ridden body was dumped on a Santiago street.

Terrifying, yes, and familiar. Just on the other side of the Andes, in nearby Argentina, hundreds of authors, intellectuals, and reporters were arrested by the death squads and “disappeared”, never to be seen again. Just to name one among the innumerable targets: on March 5, 1977, Rodolfo Walsh, one of his country’s greatest writers, the pioneer of Latin-American investigative journalism, awaited the arrival of the military at his home. Just the day before, he had sent the Junta that misgoverned Argentina a defiant, insulting, mordant open letter, denouncing not only its human rights abuses but its neo-liberal economic policies. His corpse has never been recovered. That open letter recalls the sort of passionate, sarcastic critique of power one could habitually find in the pages of Charlie Hebdo.

Both Chile and Argentina, of course, as well as other Latin-American lands that suffered recent bouts of prolonged tyranny—Uruguay, Paraguay, Peru, Brazil, Bolivia, Haiti, El Salvador—are now democracies where media workers can, for the most part, do their job without fearing the knock on the door, the slit throat, the ditch at midnight.

And yet, over the last decade a slow massacre of journalists has been soiling, haunting, infecting Latin America, an almost invisible siege against press freedom. Not as dramatic or spectacular or on the fault-lines of Islam and the West as what happened with Charlie Hebdo, but nevertheless an assault that has been incessant and dreadful and methodical. Honduras, Guatemala, and Mexico lead the way. Take the month of August 2013: three Guatemalan journalists were shot to death, including Luis de Jesús Lima, a prominent radio personality who dealt with all manner of controversial political issues. And Mexico: among dozens of reporters killed there, there’s the case of Regina Martínez, who worked at Proceso, a hard-hitting weekly with which I habitually collaborate. A gang broke into her home, and beat her viciously and then strangled her to death. She had been investigating ties between drug traffickers and local politicians in Veracruz. And Honduras: the most dangerous place for media workers in the world. On March 9, 2012, Alfredo Villatoro, a radio host, was kidnapped in Tegucigalpa. Six days later his body appeared with a bullet in the head. He was dressed in military garb, with an ominous red handkerchief covering his face. The death threats he had been receiving for many months had finally come true.

The world, basically, ignored these murders.

Truth be told, I tend to be ambivalent about the phrases currently used to identify with those persecuted: I am Salman Rushdie, Je suis Charlie, todos somos Ayotzinapa (denouncing the kidnapping of Mexican students), even though I have often said those words myself or signed on to documents that exhibit such terminology. Clearly, there is something thrilling when millions of people across continents and oceans express their solidarity with victims of free expression. But I am also wary of this reaction. It is a bit facile and not completely genuine. We are not, all of us, Charlie. We were not veritably by their side when the gunmen came. And many of those who say those words, especially in the government and security forces, did not show on January 7 the tolerance they proclaim today. Still, it ultimately matters that those who are not in danger let the world know—and especially those who would murder again tomorrow—that we will not be silenced or let fear dictate what we are willing to express.

Maybe, after all, crying out Je suis Charlie is justified in this case because the attack on that journal was particularly savage and institutional and massive. It was meant to send a message not only to practitioners of the press, but also to a whole society. And thus it makes sense that all of society, in France and beyond its borders, voice as loudly as possible our grief and defiance.

And yet, seen from Santiago de Chile, seen from the vast perspective of a Latin America where the Honduran and Mexican and Guatemalan colleagues of Charlie Hebdo are dying right now, it is important to ask why the streets of our sad planet are not filled with hundreds of thousands of citizens declaring Je suis Alfredo Villatoro, Je suis Regina Martínez, Je suis Luis de Jesús Luna. Why did so few think to shout Je suis Rodolfo Walsh? Or Je suis José Carrasco?

Words like these probably will not deter future horrors. They seem inevitable in a world maddened with fanaticism and hate. But at least those who almost anonymously, in remote corners of the world, far from the Champs Elysées and the spotlight of the media, continue to speak out against stupidity and oppression will, one would hope, perhaps feel less lonely.