When I read that the Charlotte-Mecklenburg Schools system in North Carolina had yanked the children’s book Jacob’s New Dress out of a first grade lesson on what to do when someone is bullied, my first thought was: How ironic. They’re bullying a book about bullying.

My second thought was: Here we go again.

I had (foolishly) thought that we had made some progress since my book Heather Has Two Mommies was first published in 1989. The book caused so much controversy from coast to coast that it was named by the American Library Association as the ninth most challenged book of the 1990s. Heather, like Jacob, has been welcomed with joy by many and protested with disgust by others. Like Sarah and Ian Hoffman, who have been accused of having an agenda (“The book is meant as a tool of indoctrination to normalize transgender behavior”), I too was accused of having an agenda. It was said that I was “recruiting” young children into my lesbian “lifestyle.” Besides arguing that I have a “hairstyle” not a “lifestyle,” which did little to diffuse the situation, I pointed out that as a child, I was an avid reader. And despite reading hundreds of books about straight people, I did not grow up to embrace the heterosexual lifestyle. Similarly, someone who is heterosexual is not going to turn gay from reading a book that features a child being raised by two moms. 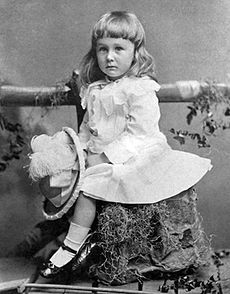 My “agenda” when writing Heather Has Two Mommies was to promote respect, acceptance, and dare I say celebration of all types of families. I suspect the authors of Jacob’s New Dress have a similar “agenda.” The back of the book states: “There are lots of different ways to be a boy.” One of those ways is to wear a dress. Why is this such a big deal? Dresses were not always just for girls. Franklin Delano Roosevelt grew up wearing a frilly dress, lacy socks, black patent leather party shoes, and a hat trimmed with marabou feathers. This was how little boys were dressed back in the 1880s. (Coincidentally, this is very similar to the way I was dressed in 1956.) Gender expression is not a fixed social norm. Pink has not always been for girls and blue has not always been for boys. In fact, an article published in June 1918 in the trade publication Earnshaw’s Infants’ Department states, “The generally accepted rule is pink for the boys, and blue for the girls. The reason is that pink, being a more decided and stronger color, is more suitable for the boy, while blue, which is more delicate and dainty, is prettier for the girl.” Blue and pink switched gender roles in the 1940s; no one seems to know why.

When I was growing up in New York in the 1960s, girls were forbidden to wear pants to my elementary school. Someday, the idea that boys cannot wear dresses and skirts to school will seem just as ridiculous. Why shouldn’t boys wear dresses? Dresses are fun. They’re pretty. They twirl when you spin around. Why shouldn’t anyone who wants to enjoy them be able to do so without fear of being verbally or physically abused? We need more books that express the notion that children (of all ages) can be free to be themselves. Why is it so threatening to see a little boy wearing a dress? What is there to be afraid of? I can’t for the life of me figure this out.

The final illustration of Jacob’s New Dress pictures Jacob sprinting across the playground with a big smile on his face, “his dress spreading out like wings.” It’s a beautiful metaphor: Jacob, like his dress, is spreading his wings, and his spirit soars as he is free to be his authentic self. And that is exactly what every child deserves.

Lesléa Newman is the author of the picture books Heather Has Two Mommies, A Fire Engine for Ruthie, The Boy Who Cried Fabulous, and the teen novel-in-verse October Mourning: A Song for Matthew Shepard. Her newest picture book, Sparkle Boy, which features a little boy who adores all things shimmery, glittery, and sparkly, will be published by Lee & Low Books in June 2017.