Turn it Up: Rejecting Censorship in China 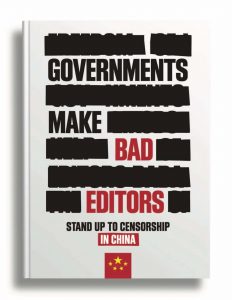 PEN America is proud to partner with the Guggenheim Museum for “Turn it On: China on Film, 2000–2017,” a 10-week film festival curated by artist Ai Weiwei and filmmaker Wang Fen on the occasion of Art and China after 1989: Theater of the World, on view at the Guggenheim through January 7, 2018. The 20 documentaries selected for inclusion in this festival testify to the intrepid and creative spirit of their filmmakers, and they investigate the political, social, economic, and cultural conditions of contemporary China.

No artistic work exists in a vacuum, and many documentary filmmakers face severe challenges while producing their work. As such, an understanding of state censorship over all media within China augments the personal stories and experiences represented in these films.

CENSORSHIP OF CREATIVE EXPRESSION IN CHINA

The Chinese Constitution guarantees freedom of speech and freedom of the press. In reality, China’s pervasive system of state censorship determines what is seen, read, or heard by the average Chinese citizen. Government organizations—most notably, the State Administration of Press, Publications, Radio, Film, and Television (SAPPRFT)[ 国家新闻出版广播电影电视总局 ]—operate as pre-publication screeners and post-publication censors, determining when, how, and in what form creative content can be released. Beyond this, Communist Party officials also have broad control over creative publications. Creative works can be banned for challenging “national unity, the social order, national dignity,” or other vaguely defined concepts. In practice, works that challenge the official state narrative or which depict the government in an unflattering light will find themselves the target of state censors.

China’s most infamous censorship program is its “Great Firewall,” the tight set of censorship restrictions affecting all internet access and use within the country. Search terms like “Dalai Lama” and “Tiananmen Square Massacre” are blocked. Even private conversations on social media platforms within China can be censored or monitored. The media is also tightly censored, with the government restricting what Chinese journalists can write and what Chinese citizens can read.

Beyond censorship, writers, artists, and other creatives can face criminal penalties for their work. Writers and poets in China have been jailed for “subversion” for writing criticisms of the government, or “separatism” for decrying authorities’ policies toward ethnic minorities. Publishers and filmmakers have been arrested for “illegal business activities” for distributing banned films or books. Under the leadership of Xi Jinping, China’s current president, human rights advocates have noted that censorship has become stricter and more pervasive.

“Turn It On” is a celebration of individual creative expression and of the power of storytelling to shine a light on societal issues. We should always be free to tell our own stories and to be free from censorship—whether in the United States, in China, or anywhere else in the world.

(For more on Chinese censorship of the press, we encourage you to read our 2016 report Darkened Screen: Constraints on Foreign Journalists in China.)

TARGETED FOR THEIR FREE EXPRESSION

Several of the films shown as part of “Turn It On” commemorate the lives of artists and intellectuals who went up against censorship and restriction. For example, Hu Jie’s In Search of Lin Zhao’s Soul (2004) tells the story of a fearless student at Peking University whose eight-year imprisonment began during the Anti-Rightist Campaign of 1957–1959. Storm Under the Sun (2009), by Peng Xiaolian and S. Louisa Wei, documents the persecution of Hu Feng, a writer, literary critic, and champion of artistic freedom who was jailed and purged by Mao Zedong. In Prisoners in Freedom City (2007), civil rights activist Hu Jia records his experience under house arrest and the police surveillance of his wife and fellow activist Zeng Jinyan from his window.

Today, there are courageous voices for creative and intellectual liberties in China, who are paying a shocking price for their free expression. Below are several such voices. Read more about their cases. 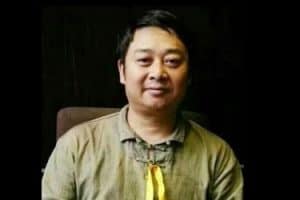 Chen Yunfei is a performance artist who works at the intersection of human rights activism and art. His art is overtly political, promoting the Chinese pro-democracy movement. More 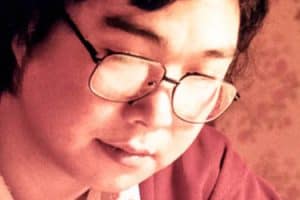 Hong Kong publisher and Swedish national Gui Minhai was disappeared from his vacation home in Pattaya, Thailand on October 17, 2015. He remained in Chinese detention for more than… More 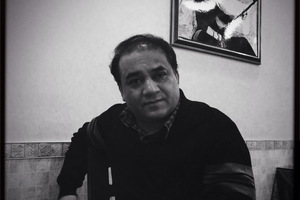 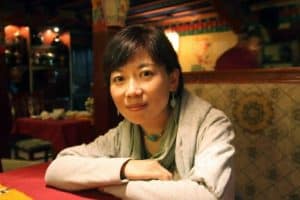 Award-winning Tibetan writer and poet Woeser was born in 1966 in Lhasa, Tibet Autonomous Region, where her father was a soldier in the People’s Liberation Army. More

Liu Xia, a celebrated Chinese poet, painter, and photographer, has been under house arrest since 2010, despite having never been charged with any crime. She was also the beloved wife of writer and Nobel laureate Liu Xiaobo until his death on July 13. The only apparent reason for her long detention is her connection to Liu Xiaobo. Sign the petition to #FreeLiuXia. Sign »

October 17, 2017, will mark two years since Swedish publisher Gui Minhai was abducted from Thailand by Chinese state agents. Since then, Gui Minhai has been in illegal detention in China. Two years is an affront to justice. Tell U.S. officials that you expect the United States to continue to be a voice for human rights and international law in China and call on them to speak to Chinese officials and urge the release of Gui Minhai. Click to tweet »