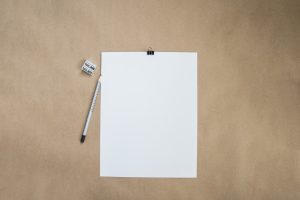 The following is an excerpt from Aaron Robertson’s grant-winning translation of Beyond Babylon by Italian-Somali writer Igiaba Scego.

Robertson writes: A central theme in Beyond Babylon is the experience of national trauma in Italy, the author’s motherland, and two other countries in which the main events of the novel are set: Somalia and Argentina. The Italian government’s attempts to create fascist hegemony in all three of these countries had lasting effects that make it impossible to read any of these national histories in isolation. By showing how various Italian, Somali, and Argentinian peoples live in conflict with the ideals of individual nation-states, Igiaba Scego examines ideas of shared trauma and its recurrence, as well as what a transnational healing process might look like.

In this excerpt, an Argentinian poet named Miranda Gonçalves is writing to her daughter about the personal and national consequences of Operation Condor in Argentina, specifically in the period from the late 1970s to the early 1980s, when the country’s military dictatorship caused thousands of forced disappearances. Some historians have linked the ideological motivations of 20th-century Argentinian military regimes with those of Italian Fascists. Nacionalismo, which was developed by pro-Mussolini Argentine intellectuals, was notable for its glorification of violence, war, and Christian empire-building, its xenophobic nationalism, and its desire to replace democracy with a militaristic totalitarian dictatorship. Like average Italian citizens during Mussolini’s years in power, Argentinians during the so-called National Reorganization Process were often unable to translate their anxieties into counter-hegemonic action.

Mussolini himself believed that Argentinian fascists would play an important role in establishing a fascist hegemony in South America. The nacionalistas envisioned a kind of religious crusade against the “foreign” liberalism that defined much of Argentina’s mid-20th century political character. Throughout Beyond Babylon, Miranda attempts to understand her own complicity in a horrific system; she is Scego’s morally compromised political activist par excellence. The following passage reveals Scego’s concern with historical injustices and illustrates her penchant for describing complicated family dynamics.

Esma. I hope you never forget this name. Write it in your diary. Tattoo it on your body. Repeat it dozens of times. Mark it on the post-it notes around you. Teach it to your dearest friends. Add it to your cellphone notes. Do not forget it. Your uncle ended up in there. All of Santiago ended up in there. You can’t forget it. It would be like killing them again. For a while, I tried to forget that accursed name. I even tried to forget having had a brother named Ernesto. At night, though, I dreamed of Jesus Christ using the picana on him, that awful instrument of torture whose name no one in Argentina wanted to hear anymore. It makes me want to vomit when I think of it.

I only learned who had been detained in Esma afterwards, though. We discovered a lot of things afterwards. Before, nobody knew, they suspected. Or rather, we all pretended not to know. They kidnapped your neighbors, and you covered your ears as forcefully as you could. The soldiers turned the radio volume up. You didn’t overthink if one day you didn’t see Veronica again, who always went to buy bread for her mother. Beautiful smile, eighteen years old, a baby bump, her whole life ahead of her. And then suddenly, no more Veronica, no more bread for her mother, and her child perhaps adopted by assassins. These were recurring things in Argentina. One couldn’t fret about it. An entire country was desaparecido. Everyone pretending like things were going fine. You went grocery shopping, you planned parties, you watched the World Cup. But then, when someone you knew was swallowed up, chupado, as they say now, you thanked the on-duty military for turning the volume up. Hearing a man scream like slaughtered veal did not sit well with anyone, and it ruined your digestion.

Well anyways, I knew nothing about Esma. We knew other things about Ernesto. Like how they took him, for instance. Only mother tried learning more. She was the only one who never stopped knowing. I had no cognition of anything. Where, why, what. Where had they taken him, why him, what did he do. I constantly asked myself, Why? For what? And above all where? Where? Where?

I didn’t know that they were torturing him so close to our home. We’re from the northern part of Buenos Aires. Esma, too, is in the north in an area flattened from east to west by myriad streets and alleyways. Avenida Comodoro, Avenida Rivadavia, Avenida Lugones, Avenida del Libertador, Avenida . . .

Today, Esma is a memorial museum. In that putrid detention center, they celebrate the finest Argentinian youth exterminated by the military in the ‘70s.

I wonder if there’s a point in having a museum there now, in that way. Well, I shouldn’t really be talking. I’m the last one to be doing that. I wasn’t that much better than the torturers since I was a vulgar accomplice to the system. A parasite. They say that because of memory Nunca Màs will take effect in all parts of the world. But we know that often it still happens. It happens at Guantanamo, it happens at Abu Ghraib.

I’m glad that schoolchildren now visit the torture rooms, that they see the horrific sites, capucha after capucha, and all the equipment they used to run the picana over the genitals of the detained. But there’s another purpose, too. We Argentinians can no longer fully rejoice. I would say that we human beings can no longer fully rejoice. Memory cannot be enclosed by four walls, even if those are Esma’s walls. Memory shouldn’t be politically correct, much less a destination for a humanitarian vacation. I can already see it, the jolly anti-globalization tourist who, after Chiapas, Cuba, and Santiago stadium, arrives in Buenos Aires at 8200 Avenido del Libertador, at Esma. Armed with good intentions, not to mention a digital camera, in search of uncomplicated emotions. I see the tourist immortalizing farcical poses in that building. And then I see him months later, in his tepid and tranquil house in the Global North, explaining the powerful sensations of that horrible tour to his friends. Bona fide tourists, pretty photographs, enthusiastic comments from his friends, someone thinking of going the year after. But I wonder, does all of this help Argentina?

We Argentinians snicker and think: “It’s done!” We are thoroughly, sincerely convinced that with humanitarian tourism and a few institutional ceremonies we’ll get through it. We think that period is closed forever. That we can finally look to the future. Maybe that’s true. The museum makes sense only if memory becomes flesh, if memory is active. What sense does it make if the criminals go unpunished? And if the criminals are honored? And the reasons behind the extermination left unexamined? What sense does that make? Today it’s even worse. The country lives in an immense cultural and moral void. The neoliberal politicians made us into slaves. When Menem was still in charge, everyone reinvented something about themselves. Their nose, their tits, a chunk of fat on their buttocks. It was the country where plastic surgeons made the most money. Then what happened? The illusion of being rich and white went away. In their hearts they returned to the Third World, and the old wounds of the past reopened. In fact, they had never closed.

Esma, Escuela de Mecánica de la Armada. It was enormous. So many trees. Like a playground. A park of martyrs. Your uncle was also tortured there before being “transferred,” that is, killed. I don’t know how long they kept him inside there. Maybe six months, perhaps a year or two. But not three. He was still alive when the World Cup was going on. His girlfriend told me that. They probably gave him an injection like all the others and tossed him from an airplane. He would have been smashed. Dispersed, in scraps, dissolved by the stomach acids of some flesh-eater. I hope they ate him right away. I think an animal’s stomach is a good tomb, better than putrefying in the open air.

But at that point we didn’t know anything. One waited for their beloved swallowed up. The mothers waited more than anyone. Your grandmother waited, her hopes never subsided. I never believed he’d return. Mother hated me for that. She spit on me and called me traidora. She was right. I was, in a certain sense.

She was a particular woman, your grandmother Renata. She’d adopted the Portuguese grit from her father and the Spanish stubbornness from her mother. She knew how to cook salted codfish like few others on this earth. But if you asked her to cook something else, she poisoned you. She was not a fantastic cook. She would knit, singing fado. She may have even made love singing fado. I still remember all those inconsolable songs. There was one I liked a lot. It spoke of the fear of eternity. Mother sang that calming, melancholy song whenever you were in her company.

We threw many parties. Ernesto was like mother. He sang. But he was modern. He liked Dylan. And the Beatles and the Rolling Stones. He never believed in the rivalry between the two bands. He was right. But he really loved fado. Sometimes he would take his guitar and accompany mother in one of her stories of betrayal, jealousy, and death. He mixed Portuguese with the Lunfardo of tango. They blended styles, mother and Ernesto. They were fantastic. They would drag your intestines out from the sarcophagus of the bones. I had shivers for weeks whenever I listened to those Portuguese words I barely understood. They hit me straight on like a fist.

“I’m Maria Severa’s heir,” mother told everyone. No one in Buenos Aires knew about Maria Severa. My father, the son of Italians, knew Caruso at best. But no one had ever heard anyone speak of this Maria. I took a survey once among my peers. “Loca,” was the response I got. Mother stood statuesque with her immense chest and repeated that name to infinity, Maria. Then, solemnly, she said her last name too, Severa. On those occasions, my father became small like a Dachshund puppy. Only his moustache stayed upright on a face otherwise made invisible. It was obvious that he would die soon. When Ernesto was kidnapped, he had been gone for more than three years. It was a blessing. At least he believed we were happy.