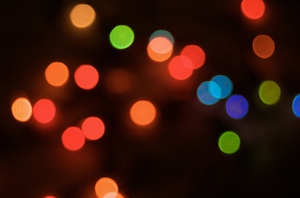 Flower Sedan is translated from the original Chinese.

This flower sedan is modeled after royal sedans. Baubles are hung copiously about, it is fringed with a row of colored lights—it is very pretty. In keeping with time-honored rules, only virgins are permitted to ride the flower sedan. Widows are to use a colored sedan (an ordinary sedan with some bits and bobs of confetti tacked to it) if they remarry. If a girl was unchaste before marriage and feigned virginity to ride the flower sedan, legend has it that the sedan deity, thus incensed and ready to wreak misfortune, would ensure that when the flower sedan came to its destination, the girl would be dead upon arrival.

Of course, Mother assumed I was a virgin. She insisted I ride the flower sedan, that I was not to miss out on a prerogative so cherished. I thought that riding a flower sedan to the YMCA, where we were to be wed, was outlandish. But it was an awkward subject to bring up, for Mother would then be sure to jump to the conclusion that I had a stain upon my conscience and feared repercussions from the sedan deity. So it was that all went as per their wishes. So I would have to ride the flower sedan. So there.

As tradition goes, the flower sedan is arranged for by the groom, arriving at the bride’s home to escort her to the nuptials. By the time the sedan got to our compound in Ningbo it was close to noon, my bladder was bursting, and I was still on the bed—they had forbidden me to rise—quite beside myself from the strain of holding it in.

The arrival of the sedan was accompanied by a cacophony of voices. The women waiting in the room with me were roused. Children outside were whining, “Ma, the flower sedan is here! Let me go see it!” I looked upon the sedan’s arrival as a veritable salvation. Now I could herd the women out of the room at once, get off the bed, take a piss and then we could get on with the rest of it. Regrettably, not only did the women remain in the room (glancing out the window to shout at their children to leave the sedan alone lest they cross the sedan deity), they even called out to their children: “Get back here, and come inside quickly! The bride is still in bed, she’s not even up yet, come see her gussy up!” Goddamn. They weren’t going to let me off the hook yet. At this point I was genuinely on the verge of wetting myself, but still I was exhorted to remain on the bed. I thought about the prattle that would make its rounds on the grapevine: the moment the flower sedan came, the bride was so anxious, she rushed off the bed all on her own—can you imagine that?

I was so tense I started tearing up. The tears rolled onto my pillow and were soaked up right away by the cotton batting, seeding a wretched plan in my head right then: I turned over, knelt on the bed, peeled back the pillowcase, and began pissing surreptitiously into the batting.

Publishers and editors who wish to express an interest in any of these projects are invited to contact PEN Literary Awards Coordinator Arielle Anema (arielle@pen.org) for the translators’ contact information.

Su Qing was a twentieth century Chinese writer. She started her writing career in 1935. Delivery is her first work which was published in the magazine called Lun Yu. Most of her works are published in magazines including: The Wind of the Universe, Yi Jing, Ancient and Modern, The Talk about the Weather, and The Heaven and Earth. Her representative work, Ten Years of Marriage was published in 1943. The semi-autobiographical work describes her experiences about her life since she was married. Ten Years of Marriage had 18 editions at the end of 1948. She also wrote a novel called The Beauty on the Wrong Road which caused a shortage of printing paper. During the years at Shaoxing Opera Group, she compiled these plays: Hate Remains in the Land, Qu Yuan, Baoyu and Daiyu, and The Biography of Li Wa. Baoyu and Daiyu has been performed more than 300 times since 1954 and created the highest records of the Opera group.

Amanda Lee Koe is the fiction editor of Esquire (Singapore), a 2013 Honorary Fellow of the International Writing Program at the University of Iowa, and the youngest winner of the Singapore Literature Prize for the short story collection Ministry of Moral Panic. Her work has appeared in e-flux, Asymptote, Guernica Daily, Bellevue Literary Review, Asia Literary Review, Manifesta Journal #18, and she has been translated into German. Based between Singapore and New York, where she is an MFA candidate at Columbia University’s Writing Program, she is working on her first novel.