A Bilingual Reading to Celebrate Women in Translation Month 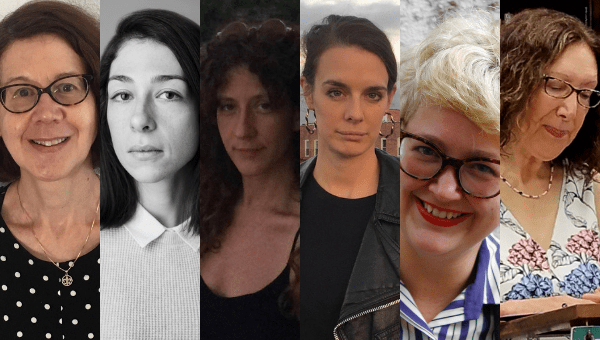 August marks the fifth year celebrating Women in Translation (#WiT) Month. Only a tiny fraction of the literature published in English every year—under 5 percent—was originally written in another language, and a mere 25 percent of that 5 percent (1.25%) was written by women. Books by women in translation also get far less review coverage, fewer award nominations, and less bookstore promotion, and as a result, have a harder time making it into readers’ hands.

Launched by blogger Meytal Radzinski in 2014, WiT Month shines a light on this disparity and gives a platform to the women authors and translators who enrich our literary landscape and broaden our cultural horizons. Since its inception, readers, translators, bookstores, publishers, and other literary organizations have taken up Meytal’s simple challenge to “1) increase the dialogue and discussion about women in translation and 2) read more books by women in translation” and redoubled their efforts to magnify the voices of women writing around the world. After all, gender disparity in translation not only deprives us of meaningful and exciting literary works, it also represents a real constraint on freedom of expression around the world.

This event, organized under the aegis of the PEN America Translation Committee, brings together six translators working in five different languages: French, Icelandic, Russian, Spanish, and Swedish. Each translator will read from works by women they translate, both in the original language and in her own translation. After the reading, we’ll have time for a short Q&A and discussion.

Catherine Maigret Kellogg was born in France and worked in marketing before discovering a passion for literary translation. Her co-translation, with Nancy Naomi Carlson, of Suzanne Dracius’ The Dancing Other is her first published work. She is currently completing a Master’s Degree in Translation at the Sorbonne in Paris.

Elina Alter is a writer and translator from Russian. Her recent translations of the writer Alla Gorbunova have appeared in The New England Review and The Nashville Review. Elina was a 2018 ALTA Travel Fellow and 2019 Fellow at Tent. She lives in New York.

Jacqui Cornetta is a poet, translator, and musician. Her work can be found in places like Words Without Borders, CUNY Poetics Document Initiative: Lost & Found, and A Perfect Vacuum. She received an MFA in Literary Translation from Queens College and is Translation Editor at The Puerto Rico Review.

Kira Josefsson is a writer and translator working between English and Swedish, with work published in Words Without Borders, Granta, Triple Canopy, Exchanges, and elsewhere. Her in-progress translation of Pooneh Rohi’s Araben received a 2017 PEN/Heim Translation Fund Grant. She’s part of the editorial team for Anomaly’s translation section and the editorial board for Swedish journal Glänta.

Larissa Kyzer is an Icelandic-English literary translator based in Brooklyn. Her translation of Kristín Eiríksdóttir’s novel A Fist or a Heart will be published in September 2019. Larissa holds an MA in Translation Studies from the University of Iceland and will be the fall 2019 Translator in Residence at Princeton University.

Nancy Naomi Carlson is a poet and translator. Recipient of an NEA translation grant, she’s been decorated with the French Academic Palms. Her work has appeared in APR, The Paris Review, and Poetry, and she is a translation editor for Tupelo Quarterly.