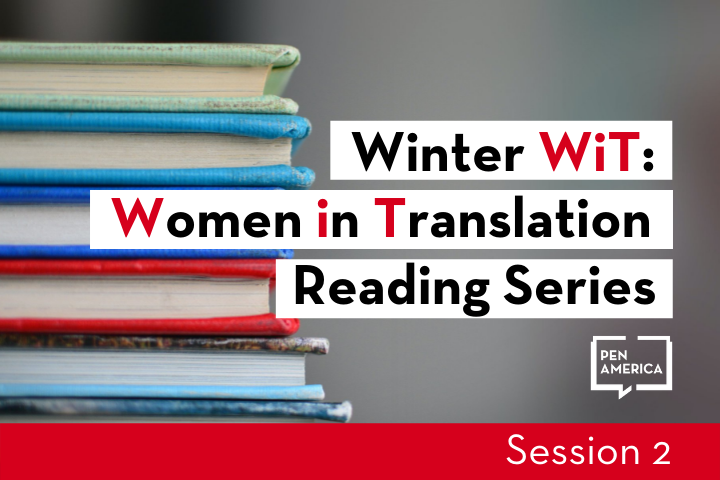 translates poetry, prose, and theatre from French and Spanish. Her translation of Night by Chilean poet Ennio Moltedo, is supported by an NEA Fellowship, and forthcoming from World Poetry Books. The author of A Lexicon of Terror: Argentina and the Legacies of Torture, she teaches at Bennington College.

Mari Ahokoivu (b. 1984) is an illustrator and a comic artist from Finland. She draws comics and illustrations for adults as well as for kids. Her magnum opus, Oksi has been translated into English as the first graphic novel on the Levine Querido list. She lives and works in Copenhagen, Denmark.

Hannah Allen is a Harp Performance, Comparative Literature, and French major at Oberlin College & Conservatory of Music. She is a former recipient of the Marandon Fellowship from the Société des Professeurs Français et Francophones des États-Unis and was selected to participate in the 2021 Banff International Literary Translation Centre.

Puneh Ansari is an Austrian-born writer and artist with Iranian roots. She studied Theater, Film and Media, and is based in Vienna. Her book, Hoffnun’, was published by mikrotext (Berlin) in 2017 and has been adapted into a play that will premiere in Vienna in spring 2022. Her second book is forthcoming in 2022.

Silja-Maaria Aronpuro is a Finnish translator. She is happy to have translated books that have been selected as the Finnish Graphic Novel of the Year 2018 and the Translation of the Year 2019 by the panel of critics in the Finnish Comics Society’s magazine.

Salomé Assor studies philosophy at the Université du Québec à Montréal. Her debut novel, Un, was published in 2019 by the Montreal-based press Éditions Poètes de Brousse. Assor was recognized as one of Radio Canada’s 10 Young Writers to Watch in 2020 and is currently working on her second novel.

Genia Blum is a Swiss Ukrainian Canadian writer, translator, and dancer. Her work has been anthologized, published widely in literary journals, and received Pushcart Prize and Best of the Net nominations. “Slaves of Dance,” based on excerpts from her memoir in progress, was named a “Notable Essay” in The Best American Essays 2019.

Iana Boukova is a Bulgarian poet and writer living between Sofia and Athens. She is the author of three poetry books, two short story collections, and the novel Traveling in the Direction of the Shadow. Her writing has appeared in Words Without Borders, Best European Fiction, Two Lines, and The Southern Review, among others.

Magda Cârneci is an acclaimed writer and art critic in Romania, a leading voice of her generation. She is the recipient of many prizes and grants, including the Getty Trust and 2013 the “Opera Omnia” career prize from the Romanian Writers’ Union. Her poems have been translated into thirteen languages.

Sean Cotter is a translator from Romanian, including an award-winning edition of Nichita Stănescu’s poetry, Wheel with a Single Spoke (ArchipelagoBooks, 2012). His version of Mircea Cărtărescu’s Solenoid will be published this year. He is Professor of Literature and Translation Studies at The University of Texas at Dallas.

Ekaterina Petrova holds an MFA in Literary Translation from the University of Iowa. She is the recipient of an Iowa Arts Fellowship, fellowships from ART OMI, the Elizabeth Kostova Foundation, and TRADUKI, and a 2021 PEN/Heim Translation Fund grant. Her work has appeared in Asymptote, Words Without Borders, Exchanges, and elsewhere.

The "women should be locked in cages" guy who just got back on Twitter.

His point, he explains in this article, is to create outrageous spectacle that "desensitizes people to these ideas."