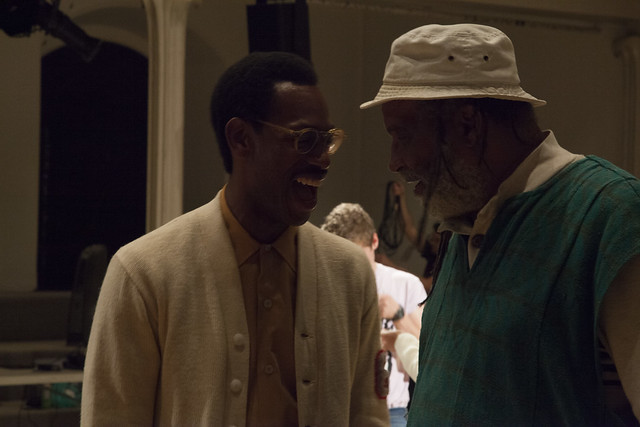 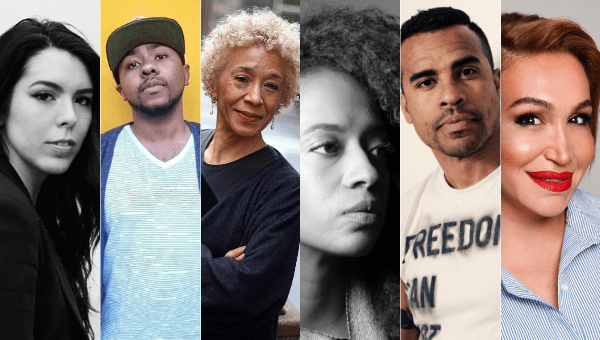 Audience members will be invited to participate in flash writing exercises throughout this part-show, part-interactive evening, hosted by Caits Meissner and Robert Pollock of PEN America’s Prison and Justice Writing Program, and Kyle Dacuyan, Executive Director of The Poetry Project.

This event is part of a larger effort to (re)integrate incarcerated writers into literary community. Throughout the month of September, in commemoration of the Attica riots, over two dozen local reading series in New York City—and across the country—will feature the work of a currently incarcerated writer. Learn more about the movement here, and join us in re-envisioning where the work of justice-involved writers “belongs.”

THIS IS AN OFFICIAL BROOKLYN BOOK FESTIVAL 2019 EVENT.

Shaun Leonardo’s multidisciplinary work negotiates societal expectations of manhood, namely definitions surrounding black and brown masculinities, along with its notions of achievement, collective identity, and experience of failure. His performance practice, anchored by his work in Assembly—a diversion program for court-court-involved youth—is participatory in nature and invested in a process of embodiment. Leonardo is a Brooklyn-based artist from Queens, New York City. He received his MFA from the San Francisco Art Institute; is a recipient of support from Creative Capital, Guggenheim Social Practice, Art for Justice, and A Blade of Grass; and was recently profiled in The New York Times. His work has been featured at The Guggenheim Museum, the High Line, and Recess with a current exhibition at the New Museum. Leonardo joined Pratt Institute as the School of Art Visiting Fellow in fall 2018.

Cortney Lamar Charleston is the author of Telepathologies, selected by D.A. Powell for the 2016 Saturnalia Books Poetry Prize. He was awarded a 2017 Ruth Lilly and Dorothy Sargent Rosenberg Fellowship from the Poetry Foundation and he has also received fellowships from Cave Canem, The Conversation Literary Festival, and the New Jersey State Council on the Arts. Winner of a Pushcart Prize, his poems have appeared in POETRY, The American Poetry Review, New England Review, Granta, The Nation, and elsewhere. He serves as a poetry editor at The Rumpus and on the editorial board at Alice James Books.

Margo Jefferson is a Pulitzer Prize-wining critic and the author of On Michael Jackson and Negroland. Negroland won the National Book Critics Circle Award for Autobiography, The Heartland Prize, The Bridge Prize, and was shortlisted for the Baillie Gifford Prize. She has been a staff writer for The New York Times and a contributor to New York Magazine, The Guardian, VOGUE, The Washington Post, and other periodicals. Her work has also appeared in many anthologies, including Best American Essays, Best African American  Essays, The Mrs. Dalloway Reader, and The Jazz Cadence of American Culture. She teaches writing at Columbia University.

T Kira Madden is a lesbian APIA writer, photographer, and amateur magician living in New York City. She holds an MFA in creative writing from Sarah Lawrence College and a BA in design and literature from Parsons School of Design and Eugene Lang College. She is the founding Editor-in-Chief of No Tokens, a magazine of literature and art, and is a 2017 NYSCA/NYFA Artist Fellow in nonfiction literature from the New York Foundation for the Arts. She has received fellowships from The MacDowell Colony, Hedgebrook, Tin House, DISQUIET, Summer Literary Seminars, and Yaddo, where she was selected for the 2017 Linda Collins Endowed Residency Award. She facilitates writing workshops for homeless and formerly incarcerated individuals and currently teaches at Sarah Lawrence College. Her debut memoir, Long Live the Tribe of Fatherless Girls, is available now. There is no period in her name.

Cecilia Gentili started Transgender Equity Consulting after serving as the Director of Policy at GMHC, the world’s first and leading provider of HIV/AIDS prevention, care, and advocacy from 2016 to 2019.

Originally from Argentina, Cecilia found her passion for advocacy and community service when she started working as an intern at the LGBT Community Center in New York City. From 2012 to 2016, she managed the Transgender Health Program at the Apicha Community Health Center. Cecilia is also contributor to Trans Bodies, Trans Selves: A Resource for the Transgender Community, and a board member for Translatina Network. Throughout her career, Cecilia has trained more than 3,000 individuals on a range of issues that include LGBTQ inclusion, immigration, drug use, sexual health, trans sensitivity, and intersectionality. For fun, she has done some acting and she loves performing at storytelling and stand-up comedy events where she talks about her life experiences as a Latina transgender woman.

Rachel Eliza Griffiths is a poet and visual artist. Lighting the Shadow (Four Way Books, 2015) is her most recent collection of poetry. Griffiths is a Kimbilio and Cave Canem Fellow and the recipient of fellowships including the Robert Rauschenberg Foundation and Yaddo. Her literary and visual work has appeared widely, including The New Yorker, Tin House, Guernica, Gulf Coast, Virginia Quarterly Review, The Progressive, and many others. She lives in New York City.

Charlotte Jones Voiklis is Madeleine L’Engle’s granddaughter and manages her literary estate. She co-authored a biography for middle-grade readers with her sister, Léna Roy, called Becoming Madeleine. She has written and spoken of her grandmother’s work to a variety of audiences. With a PhD in Comparative Literature, Charlotte’s work experience includes teaching and nonprofit management. She is a volunteer mediator in the New York City court system.