On Tuesday, March 5, PEN America Chief Executive Officer Suzanne Nossel will moderate PEN America’s Annual General Meeting, Writing Wrongs: Call-outs, Correctness, and Culture Wars. Featuring playwright Ayad Akhtar, historian and former New York Review of Books Editor Ian Buruma, Slate’s Inkoo Kang, The New York Times’s Wesley Morris, author and founding editor of them. Meredith Talusan, and novelist Francine Prose, we will explore the moral and creative imperatives of writing in an era when call-outs, competing definitions of political correctness, and the unpacking of buried legacies of exclusion have all come to the foreground. In anticipation of their conversation, here are 11 pieces that catalyze discussion around this important topic.

“The Morality Wars: Should Art Be a Battleground for Social Justice?”
Wesley Morris, The New York Times Magazine
Throughout the piece, Wesley Morris encourages the reader to ask themselves whether or not they’re more concerned with the quality of art or its moral and political correctness, and how they have come to evaluate these things as they both create and experience creative expression.

“In Defense of the New Moralizers”
Inkoo Kang, Slate
In response to Wesley Morris’s “The Morality Wars,” Inkoo Kang examines whether a generation of “new moralizers,” as Morris posits, is responsible for doing away with nuanced critique of art. Kang argues that it is imperative to acknowledge how discussions about representation have deepened criticism, not replaced it.

The Trouble with Sombreros
Francine Prose, The New York Review of Books
In response to Lionel Shriver’s controversial 2016 speech at the Brisbane Writers Festival in which she expressed her hope that identity politics and the concept of cultural appropriation would turn out to be passing fads, Francine Prose examines some of the larger implications of this debate that she believes Shriver and her critics may have overlooked.

“The Callout”
Invisibilia podcast, NPR
Many communities today are taking a hard stand against sexual harassment and assault. Using social media shaming, ostracism, professional excommunication, whatever punishment is painful enough to shift the moral code by brute force. Through one incident in the Richmond, VA, hardcore music scene, the Invisibilia podcast chronicles a social media call-out and asks what pain can accomplish.

“A Forthcoming Book About Surgeon Dr. James Barry Has Sparked An Important Conversation About Trans Stories”
Kristian Wilson, Bustle
Uproar over a recently acquired work of historical fiction has provoked new conversations about the importance of #OwnVoices trans storytelling, or stories about trans people written by trans authors. This piece examines the reactions to the announcement by author E.J. Levy of the publication of The Cape Doctor, a historical novel about Irish surgeon Dr. James Miranda Barry, a trans man, who lived and died in the 19th century.

“Earning the ‘Woke’ Badge”
Amanda Hess, The New York Times
In this piece, Amanda Hess examines the performative nature of being “woke,” pointing to the process by which the language of “wokeness” has been taken from social justice movements to an indifferent larger mainstream audience, losing its social meaning in the process. “If ‘P.C.’ is a taunt from the right, a way of calling out hypersensitivity in political discourse, then ‘woke’ is a back-pat from the left, a way of affirming the sensitive. It means wanting to be considered correct, and wanting everyone to know just how correct you are.” 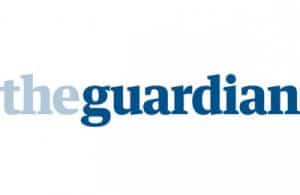 The Problem With ‘Problematic’
Francine Prose, The New York Review of Books
Sensitivity readers are a sensitive topic. As a vocal core within the literary community heralds them as a potential solution to more thoughtful and authentic representations of diversity, others wring their hands over an imagined future in which tweets have the power to ban books, controversial language is outlawed, and authors can only write about characters who look like them. By examining the case of Laura Moriarty’s American Heart, Francine Prose examines the implications that ‘sensitivity reading’ and reader protests have had for the publishing industry and authors.

“Writers Blocked: How the New Call-Out Culture is Killing Fiction”
Lionel Shriver, Prospect
In the age of #MeToo and “cultural appropriation,” many have expressed unease toward the potential for proliferating attacks on umbrage to bring about the end of free speech altogether. Concern is growing in the world of fiction in particular, as politically correct censorship serves to hugely inhibit writers’ capacity to conjure lives different from their own. Lionel Shriver considers what is left of creativity when we impose tests of ideological purity onto fictive works of literature.

“How the Dana Schutz Controversy—and a Year of Reckoning—Have Changed Museums Forever”
Julia Halperin, artnet News
Museums have always been a place where conversations can happen and different ideas are contested. While historically these institutions have been subject to critique particularly during moments of sociopolitical upheaval, some museum leaders believe today’s heated political climate paired with the magnifying powers of social media have led to unprecedented levels of tumult and controversy confronting the art world. Julia Halperin discusses how the Dana Schutz protest and others like it have forced museum directors, artists, and curators alike to become deeply introspective and truly reckon with their histories in order to prepare a defense for every single decision they make.

“Everyone Is Canceled”
Jonah Engel Bromwich, The New York Times
Jonah Bromwich from The New York Times investigates what it means to be “canceled,” who, and what, can be “canceled,” and where it is that “cancel culture” is ultimately headed. While one professor claims that canceling is essentially “an expression of agency,” another construes the act as a “culture boycott” and yet another argues that canceling is “born of a desire for control.” Bromwich assesses these claims and goes further to consider whether cancelation is mostly conceptual and even socially performative. He probes an essential question: Is “canceling” really serving to create a culture of accountability?