The events of Charlottesville this week and their aftermath have sparked debate about what all Americans must do to counter hateful speech, white supremacy, racism, and related threats to our national discourse. The president’s abhorrent remarks this week expressing support for white supremacists have brought our current national reality into even clearer view.

The ensuing days have raised difficult questions about how all Americans can counter the rising current of hate in light of the President’s attitudes, allegiances, and responsibilities. As a literary community dedicated to protecting free expression and to dispelling hatred, we recognize the signal role writers and artists play in moments of national crisis. We asked writers for their reflections and ruminations on what has happened, and what is next. Their answers below. 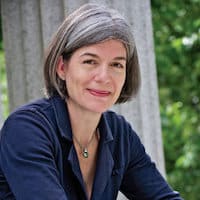 When I was young, although gay rights activists had campaigned already for years, gay men and lesbians were often closeted, rarely parented children, and could not dream of getting married. Women earned 59 cents on a man’s dollar, and struggled (as we still do) with the limits of the glass ceiling.

None of this changed overnight. Our current attitudes evolved in an incremental tidal change, one individual perspective at a time, until conditions were right for a new, reformed consensus. We see in these movements cause for celebration, and are grateful to the political leaders who, recognizing the force of social change, have rewritten our country’s laws.

But as the events of the past year—and in particular of the past week—too starkly remind us, that tide of change can take many forms. Hate-mongerers, truth-deniers, violent bullies and brutes now feel their dark causes are gaining ground, and can celebrate the mealy-mouthed evil of our nation’s leadership in response to the heinous acts in Charlottesville. Which of us thought that in the twenty-first century, we would see enraged torch-bearing crowds marching the streets, watch one of their group commit murder, and would then hear a president defend them?

Each of us must fight for the country we believe in, each day, in our smallest gestures as in our large ones. Words are our weapons: words, truth, history and, dare I say it, love. Education is our ally. We must not succumb to the swirling atmosphere of hate, as division is surely our adversary’s goal. Instead, we must work to ensure that each of our citizens understands the values on which this country was founded and for which it has fought, at home and abroad, for centuries.

Our president is a woefully inarticulate individual: inarticulacy is impotence, and impotence begets rage. Freedom involves, among other things, possessing the words to say what we mean; and this, too, should be an American legacy. 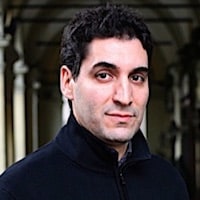 Saïd Sayrafiezadeh, author of When Skateboards Will Be Free and Brief Encounters With the Enemy

The unassailable truth of the white supremacists demonstrating in Charlottesville is that there has indeed never been any greater benefit in the United States than to have been born white. 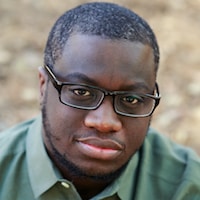 PORTRAIT OF A YOUNG FASCIST
My mind then returns to the young fascist. A face in the crowd. Head swirling in the scent of citronella. Angry mouth agape. He wears nothing over his eyes except for a myopia that it doesn’t take an optometrist to see. A myopia that even spectacles can’t correct. A soft fire burns gently atop his tiki torch. The torch’s fuel keeps him safe from the mosquitoes that might annoy and cause minor harm, but what is it that we can burn to be safe from the menace of him? Wherever he goes violence is bound to follow. He courts only death. His ultimate form is the burner of bodies. But then there is the innocence of him, no less dangerous than the violence. He tells us: “I’m not the angry racist you see in that photo.” His innocence would be cute if it wasn’t accompanied by a call for human sacrifices. White supremacy is a death cult. It was a death cult in the streets of Charlottesville where it bloodied men, women and spirits, where it took a woman’s life. It is a death cult in the bank, in the classroom, at the traffic stop, in the office—wherever its tiny accumulations drain the life force of bodies brown as the soil. The man behind the curtain—The Head Fascist in Charge—says pay no attention to his existence, the existence of his (benign) children. Okay, but the Head Fascist and his (cancerous) children, they derive symbiotic power from one another, but more so, they would exist without him, but he doesn’t exist without them and without the blanket of whiteness—cousins to the young fascist who in their myopia can’t at all see a kinship, their blood on the branches of the family tree. 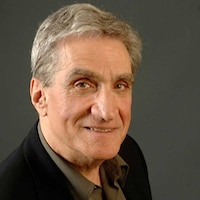 Robert Pinsky, author of At the Foundling Hospital & translator of The Inferno of Dante

Attention, outrage, action: that sequence made clear for everybody, in general, by Heather Heyer’s words.

And maybe for us, writers in particular, her model of speaking plainly.