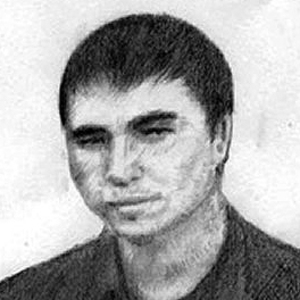 In 2013, a number of reports were received indicating that Nurmuhemmet Yasin had passed away from a severe illness sometime in 2011 while being held at Shaya prison in western China’s Xinjiang Uyghur Autonomous Region, alarming many human rights and free expression groups. However, these reports were disputed when a close relative of Yasin came forward and stated that she had visited him in July 2012, and that he seemed to be in fairly good health. This relative has also stated that she received a letter from Yasin in October 2012, which she believes to be authentic. Chinese authorities have remained silent on the issue, and it is still uncertain whether or not he is alive. Yasin was expected to be released sometime in 2015, if reports of his death prove false.

Upon appeal, the Kashgar Intermediate Court upheld the 10-year sentence; on May 19, 2005, Yasin was transferred to Urumqi No. 1 Prison where he currently remains detained. He has been denied all visitors since his arrest.  However, in earlier years, it appeared that Yasin had remained active on the internet, occasionally posting on Uighur-language message boards like Meshrep. On May 23, 2006, Radio Free Asia translated and published online an essay he wrote, entitled “What is Love?,” which had been written before his imprisonment.

Nurmuhemmet Yasin is an award-winning freelance Uighur writer. He is known for his numerous short stories, essays, and three volumes of poetry: First Love, Crying From the Heart and Come on Children. Some of his work has already been selected for inclusion in Uighur-language middle-school literature textbooks. His current short story “Wild Pigeon” (“Yawa Kepter”) was broadcast through Radio Free Asia’s Uighur Service and has been translated into English. Yasin is married with two sons.

“Wild Pigeon” is the allegorical story of the son of a pigeon king who is trapped and caged by humans while on a mission to find a new home for his flock. He eventually commits suicide by eating a poisoned strawberry rather than sacrifice his freedom. “The poisons from the strawberry flow through me,” the unnamed pigeon remarks to himself at the end. “Now, finally, I can die freely. I feel as if my soul is on fire-soaring and free.” Chinese authorities consider the story to be a criticism of their government’s presence in the Xinjiang Uighur Autonomous Region. After a closed trial in February 2005 at which he was denied a lawyer, Yasin was sentenced by the Maralbesh Country Court to 10 years in prison. Korash Huseyin, the editor of the Kashgar Literary Journal, was sentenced to three years in prison for publishing “Wild Pigeon.”