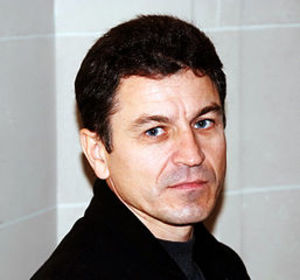 On September 26, 2016, Russian investigative journalist and journalism trainer Grigory Pasko was assaulted after he had arrived in Barnaul, the capital of Russia’s southern Siberian republic of Altai, to train local journalists. According to a post on his Facebook page, Pasko noticed that he was being followed by an unknown man right after arriving at his hotel. Later on, police came to the training venue and recorded all participants’ passport details, saying that “they were checking for migrants,” Pasko said. The next day, two muscular men wearing dark sunglasses approached him. One of the men punched Pasko in the head, knocking him to the ground, as the other shouted, “Get out of our city! We are going to get you!”

Pasko reported the attack to local police and was examined by a doctor. He then resumed his training sessions for local journalists.

Grigory Pasko is the director of the Community of Investigative Journalists, an organization that teaches investigative techniques to reporters and bloggers across Russia. Previously, in 1997, he was arrested and charged with passing classified documents to Japanese news outlets. He was acquitted of treason in July 1999. In 2001, Pasko was charged with treason again in relation to the same case and spent two years in prison until he was granted an early release in 2003. The journalist maintains that he revealed no classified material, and that he was prosecuted in retaliation for publicizing environmental hazards at the Russian Pacific Fleet’s facilities.