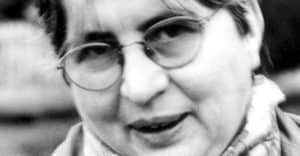 Founder of Turkey’s Freedom to Publish Committee, Ayşe Nur Zarakolu was a political essayist, the director of Belge Publishing House, and the only woman publishing director in Turkey at the time. Turkey’s government silences public discussion of taboo subjects such as minority rights or the country’s military history; Zarakolu’s aim was to “strike down all the taboos,” publishing books on exactly these topics. She was sentenced in 1995 to two years in prison for having published a book on the 1915 genocide of Turkish Armenians by the Turkish army, which the government of Turkey denies to this day. In 1997 she received the PEN/Barbara Goldsmith Freedom to Write Award at a time when she was also facing prosecution on charges relating to other controversial Belge books, most notably “Weapons Transfers and Violations of the Laws of War in Turkey,” a report by the New York-based Human Rights Watch. She was arrested over 30 times throughout her life, and was imprisoned four times for her publications. Ayşe Nur Zarakolu died in a hospital in Istanbul on January 28, 2002. She had been suffering from cancer.

Born in Antakya in 1946, Ayşe Nur Zarakolu studied sociology before working for a trade union. She went on to join the Varlik publishing company in 1968, and in 1977 she founded the Belge Publishing House with her husband Ragip Zarakolu, a writer and human rights activist who has also faced repeated harassment from the Turkish state.

Throughout her career, Zarakolu published many books of history, politics, and poetry that the Turkish government deemed offensive. As a result, she faced numerous arrests, court hearings, fines, denials of travel, the banning of the books she published, and other harassment from the state. She was first detained in 1982, and then repeatedly over the next two decades as a result of Turkey’s draconian anti-terrorism laws that restrict freedom of speech.

Among her most notable arrests was when she published a Kurdish book of poetry in the early 1990s, landing her with charges of spreading separatist propaganda. She was also detained for publishing several books acknowledging the Armenian genocide at the hands of Turkish authorities, a narrative that the Turkish government virulently denies.

In 1997 she was arrested and put on trial for publishing a collection of articles by German journalist Lissy Schmidt, who had been killed while reporting in the Kurdish region of Iraq. She died of cancer in January 2002.