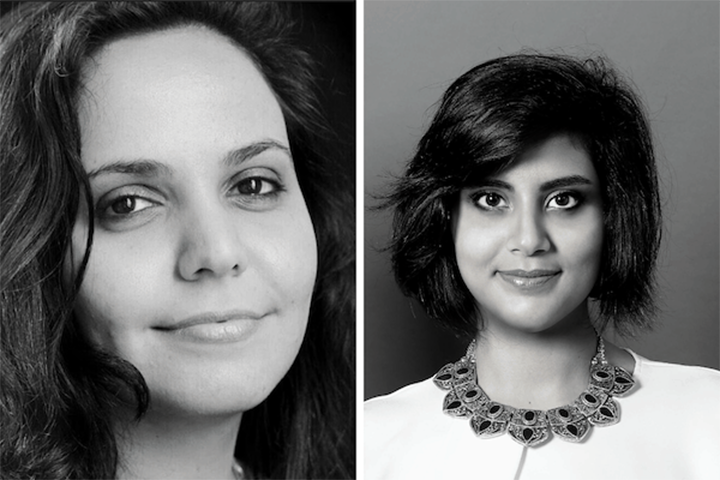 Eman Al-Nafjan (left) and Loujain Al-Hathloul (right) have been detained since May 2018 for their women’s rights advocacy.

This year’s G20 summit is hosted by Saudi Arabia, which has waged a vast campaign to gloss over its egregious human rights violations and attempts to silence and imprison writers, activists, and other dissidents who have spoken out against the government’s abuses. On November 20, 2020, PEN America—along with partners from across the United States, Europe, and the Middle East—will convene “G20 Counter-Summit: Reckoning With ‘Opportunities for All’ in Saudi Arabia.”

Here are 20 Saudi voices that the regime has attempted to silence. Learn more by attending PEN America’s counter-summit or reading up on their stories in the Freedom to Write Index. 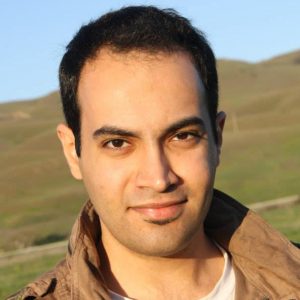 1. Abdulrahman Al-Sadhan
Occupation: Humanitarian Worker
Status: Disappeared
Red Crescent humanitarian worker Al-Sadhan was arrested from the Riyadh Red Crescent offices and has been detained without charge since March 2018. For two years, Al-Sadhan was unable to communicate with family, although family members of other detainees reported that he may have been subjected to severe torture. Al-Sadhan finally contacted his family in February 2020, but remains imprisoned without formal charges, access to a lawyer, or any appearance before a judge. 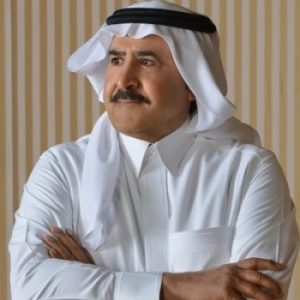 2. Abdulaziz Al-Dukhail
Occupation: Writer
Status: Arrested
Former Deputy Finance Minister and writer Al-Dukhail was arrested in April 2020 along with two other public intellectuals, after expressing sympathy over the death of Saudi reformer and human rights activist Abdullah Al-Hamid via Twitter. Al-Dukhail’s whereabouts are unknown, and Saudi authorities have not revealed any formal charges against him, according to Al-Dukhail’s son. 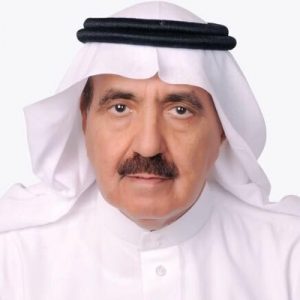 3. Aql Al-Bahili
Occupation: Writer/Journalist
Status: Arrested
Writer and journalist Al-Bahili was arrested in April 2020, along with Abdulaziz Al-Dukhail and another public intellectual, after they expressed sympathy over the death of Saudi reformer and human rights activist Abdullah Al-Hamid via Twitter. No further information regarding the whereabouts and status of Al-Bahili are known at this time. 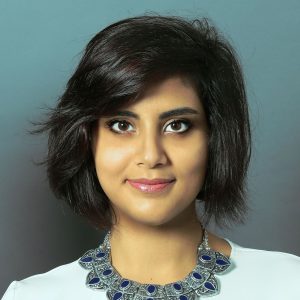 4. Loujain Al-Hathloul
Occupation: Activist, Online Commentator
Status: Detained
Al-Hathloul, a women’s rights activist, has been detained since May 2018 for her women’s rights advocacy. She has been ill-treated and tortured in prison. She is charged with campaigning for political change and insulting the kingdom, among other charges, but her trial is on hold due to COVID-19. On October 27, Al-Hathloul began her second hunger strike to protest prison conditions and the denial of communication with her family.

5. Nouf Abdulaziz
Occupation: Activist, Journalist, Online Commentator
Status: Detained
Women’s rights activist, blogger, and writer for the feminist website The Arab Noon, Abdulaziz was arrested and detained in June 2018 as part of a larger crackdown on women’s rights activists. While in prison, she has reportedly been subject to torture and sexual harassment. Hearings in the legal case against her and other women have been repeatedly postponed. 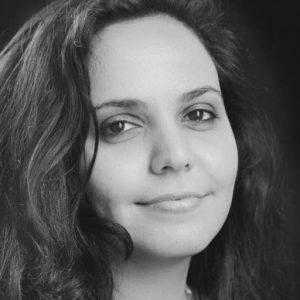 6. Eman Al-Nafjan
Occupation: Activist, Journalist, Online Commentator
Status: On Trial
Columnist Al-Nafjan was detained in May 2018 in relation to her women’s rights advocacy. While in prison, she was reportedly sexually harassed and severely beaten. She was granted temporary release in March 2019, but remains confined to her house with the potential for a trial looming. Al-Nafjan has written for The Guardian, CNN, Foreign Policy, Newsweek, and Amnesty International. 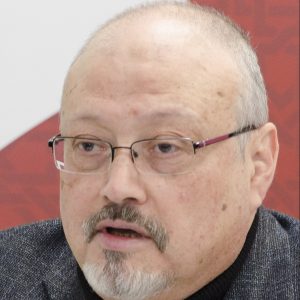 7. Jamal Khashoggi
Occupation: Journalist, Online Commentator
Status: Murdered
Once close to the inner circles of the Saudi royal family, journalist Khashoggi went into self-imposed exile in September 2017 and moved to the United States, where he began to write for the Washington Post as a columnist. Outspoken about the declining status of free expression in Saudi Arabia, he was brutally murdered in Istanbul in October 2018, in an act UN experts and evidence have shown was premeditated and ordered by the Saudi Crown Prince. Khashoggi’s former fiancée Hatice Cengiz is suing the Crown Prince in a civil suit.

8. Thumar Al-Marzouqi
Occupation: Journalist, Online Commentator
Status: Detained
A blogger and journalist for Okaz and Alarabi-Aljadid, authorities arrested Al-Marzouqi in April 2019 from his house along with his pregnant wife, the writer Khadija Al-Harbi, in a broad sweep targeting a number of individuals who had voiced support for women’s rights in the Kingdom. He remains detained without charge. 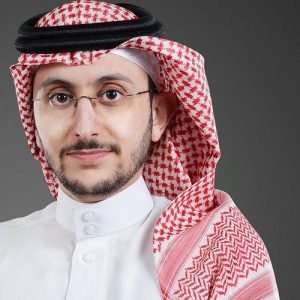 9. Essam Al-Zamil
Occupation: Journalist, Online Commentator, Scholar, Economist
Status: Imprisoned
A well-known economist, Al-Zamil was detained in September 2017 for his criticism of Aramco, the Saudi national oil company, and its inflated valuation on the stock market. He was sentenced to 15 years in prison on October 7, 2020 on terrorism charges. 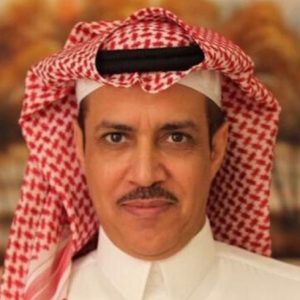 10. Saleh Al-Shehi
Occupation: Journalist
Status: Deceased
In January 2018, Al-Shehi, a noted anti-corruption columnist critical of the government, was sentenced to five years in prison for “insulting the royal court.” He was released from prison in May 2020 in ill-health and died on July 19 as a result of what many believe was COVID-19; his cause of death remains unconfirmed. 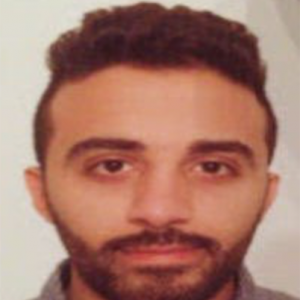 11. Moqbel Al-Saqqar
Occupation: Literary Writer
Status: Detained
A novelist noted for his support of women’s rights, Al-Saqqar was arrested in the April 2019 crackdown on writers and journalists in Saudi Arabia. He is currently being held in pretrial detention without access to legal counsel at Al-Ha’ir Prison in Riyadh. 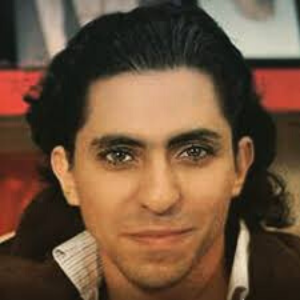 13. Raif Badawi
Occupation: Activist, Writer, Online Commentator
Status: Imprisoned
Badawi was arrested in 2012 and sentenced to 10 years in prison and 1,000 lashes for “insulting Islam” and “founding a liberal website,” Free Saudi Liberals. While his current location is unknown, he is reported to be in poor health, exacerbated by his initial flogging. 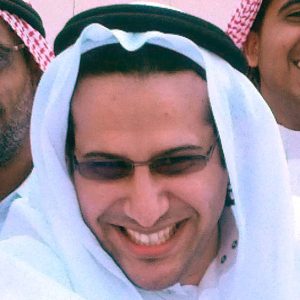 14. Waleed Abu Al-Khair
Occupation: Activist, Journalist, Online Commentator
Status: Imprisoned
Abu Al-Khair was the first activist prosecuted under a new Saudi Arabian law that introduced overly broad definitions of terrorism, such that it applies to speech. In June 2014, he was sentenced to 10 years in prison, which was increased to 15 when he refused to apologize. Abu Al-Khair was Badawi’s lawyer and was charged with laws such as “disobeying the ruler and seeking to remove his legitimacy.”

15. Maha Al-Rafidi Al-Qahtani
Occupation: Journalist, Literary Writer, Online Commentator
Status: Detained
In September 2019, Saudi authorities raided Al-Qahtani’s home and have held her in arbitrary pretrial detention since. She has been reportedly held in solitary confinement and has been subjected to ill treatment. 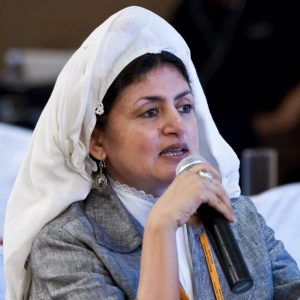 16. Hatoon Al-Fassi
Occupation: Activist, Journalist, Scholar
Status: On Trial
On June 27, 2018, Al-Fassi was detained as a part of a crackdown on women’s rights defenders. While Al-Fassi was provisionally released on May 2, 2019, she awaits trial in connection with her advocacy for women’s rights. 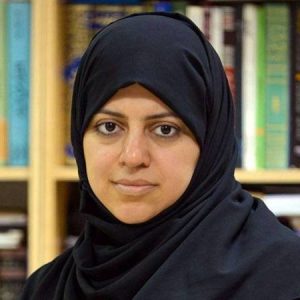 17. Nassima Al-Sadah
Occupation: Activist, Journalist, Online Commentator
Status: Detained
In response to her work fighting against gender discrimination, Al-Sadah was arrested in late August 2018 as part of a larger crackdown on women’s rights defenders in the Kingdom. Al-Sadah remains in detention to this day. 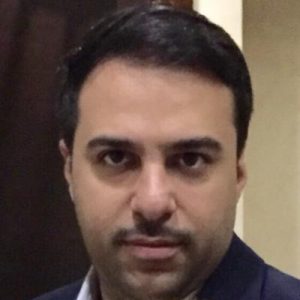 18. Bader Al-Ibrahim
Occupation: Journalist, Literary Writer, Scholar
Status: Detained
A dual U.S.-Saudi citizen, Al-Ibrahim was part of a group of journalists and online commentators detained without charge in April 2019. A strong advocate for Arab nationalism and opponent of political Islam, his writing on politics appeared to threaten the Saudi regime. Al-Ibhrahim is an epidemiologist and author of a book on Shiite activism.

19. Khadija Al-Harbi
Occupation: Literary Writer
Status: Detained
Feminist writer Al-Harbi was arrested, and her home was raided during a crackdown on dissent in April 2019. She remains detained without charge and has been repeatedly denied access to a lawyer. She was reportedly in the late stages of pregnancy at the time of her arrest. 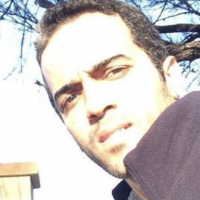 20. Ayman Al-Drees
Occupation: Online Commentator, Translator
Status: Detained
The U.S.-educated Al-Drees was arrested in April 2019 on unknown charges as part of a wave of arrests of writers, journalists, and online commentators who had voiced support for women’s rights. He remains detained in Saudi prison, while his wife Malak Al-Shehri—who fled to the United States—continues to advocate for his release.