PEN America’s G20 Counter-Summit: Reckoning With ‘Opportunities for All’ in Saudi Arabia

On November 20, 2020, PEN America—along with partners from across the United States, Europe, and the Middle East—will convene the “G20 Counter-Summit: Reckoning With ‘Opportunities for All’ in Saudi Arabia.” Organized in collaboration with ALQST, Amnesty International USA, Democracy for the Arab World Now (DAWN), Freedom Forward, Freedom Initiative, Human Rights Watch, the Project on Middle East Democracy (POMED), and Open Society Foundations, this event will shine a light on the Saudi regime’s egregious human rights record, push back against the Kingdom’s attempts to obfuscate its rights violations, and honor and uplift the voices of those the regime has attempted to silence, in true pursuit of the theme of this year’s official summit: “Realizing Opportunities of the 21st Century for All.”

The “G20 Counter-Summit” will highlight those writers, journalists, and dissidents who remain unjustly imprisoned in Saudi Arabia despite the regime’s rhetoric of reform. In addition, the event will explore how the international community can continue to hold the Saudi regime accountable for its actions. The event will have live Arabic translation.

The live session, which will take place on Friday, November 20 at 11am ET, will include Q&A sessions. Register for the event, which will also be livestreamed on Facebook.

Featured speakers will include human rights experts, political leaders, activists, and relatives of those killed, imprisoned, or tortured by the Saudi government.

Saudi Arabia is playing host to this year’s G20 summit and has waged a vast campaign to gloss over its serious human rights violations and unjust imprisonment of writers, activists, and other dissidents. PEN America found that Saudi Arabia was among the worst jailers of writers and public intellectuals in 2019 in its Freedom to Write Index. Since coming to power, Saudi Arabia’s de facto leader, Mohammad Bin Salman, has presided over a brutal crackdown on all forms of dissent, with attacks on women and religious minorities, and a renewed wave of arrests targeting activists, writers, journalists, and intellectuals.

Abdullah Alaoudh is the son of Salman al-Awda, a prominent Saudi Muslim scholar who was arrested in 2017 as part of an intense crackdown on dissent in the Kingdom. He is currently serving as research director for Saudi Arabia and the United Arab Emirates at DAWN.

Safa Al Ahmad is the executive director of ALQST and a Saudi journalist and filmmaker. She has directed documentaries for PBS and the BBC focusing on uprisings in the Middle East. Her documentaries and journalism reflect a nuanced perspective driven by her status as an Arab woman and her commitment to firsthand access to the very power players who drive these struggles in the Middle East.

Lina Al-Hathloul, aged 25, is the younger sister of Loujain Al-Hathloul, one of the drivers of change in the Saudi women’s rights movement who has been imprisoned for over two years. Since her older sister was detained in May 2018, alongside more than a dozen other women human rights defenders, Lina has become one of the few family members of activists able and willing to speak out on behalf of an incarcerated relative.

Areej Al-Sadhan is a dual American and a Saudi national. She has master degree in public administration from the Bay Area. Areej lives in San Francisco and works in the tech industry. Her brother Abdulrahman al-Sadhan, a humanitarian aid worker and a graduate from a Bay Area University with a Business Degree, was kidnapped from his office at the Red Crescent in Riyadh by the Saudi authorities during a mass crackdown on critics and human right activists. He was tortured and deprived from any communication with his family and has been missing since March 12, 2018.

Congresswoman Suzanne Bonamici (D-OR) has represented the Oregon’s first congressional district since February 2012. In Congress, she is a leader on the Education and Labor Committee and chair of the Subcommittee on Civil Rights and Human Services, and serves as a member on both the Select Committee on the Climate Crisis and on the Committee on Science, Space, and Technology. Bonamici is also the founder and cochair of the bipartisan Congressional STEAM Caucus, which encourages innovation and creative thinking by integrating arts and design with science, technology, engineering, and math education.

First elected to the Senate in 2006, Senator Ben Cardin (D-MD) currently serves as ranking member of the Small Business & Entrepreneurship Committee. He is a senior member of the Senate Foreign Relations and Environment & Public Works committees. He also serves on the Senate Finance Committee. He has been a commissioner on the U.S. Helsinki Commission since 1993, serving as chairman of the Commission in the 111th and 113th Congress. He currently is the ranking Senate Democrat.

Congressman Gerald E. “Gerry” Connolly (D-VA) is serving his sixth term in the United States House of Representatives from Virginia’s 11th congressional district. He is a senior member of the House Committee on Oversight and Reform and serves as the Chairman of the Subcommittee on Government Operations. Conolly also serves on the House Committee on Foreign Affairs.

Adam Coogle is deputy director with the Middle East and North Africa division at Human Rights Watch, which he joined in 2010. He was a senior researcher with Human Rights Watch between 2013 and 2020 and has written extensively based on his investigations into human rights abuses across the region with a focus on Gulf Cooperation Council (GCC) states and Jordan.

Karin Deutsch Karlekar is the director of PEN America’s Free Expression at Risk Programs and leads PEN America’s assistance to individuals at risk as a result of their expression and an ongoing partnership with PEN Myanmar. She has almost two decades of experience in global free expression, press freedom, and digital rights issues, as well as advocacy and assistance work on behalf of writers, bloggers, and journalists. Prior to joining PEN America, she served from 2001 to 2015 as director of Freedom House’s Freedom of the Press project.

Michele Dunne is the director and a senior fellow in Carnegie’s Middle East Program, where her research focuses on political and economic change in Arab countries. She was the founding director of the Rafik Hariri Center for the Middle East at the Atlantic Council from 2011 to 2013 and was a senior associate and editor of the Arab Reform Bulletin at the Carnegie Endowment for International Peace from 2006 to 2011.

Congresswoman Lois Frankel (D-FL) serves on the Subcommittees for Energy and Water Development; Labor, Health and Human Services, Education and Related Agencies; and State, Foreign Operations and Related Programs. Frankel served as the first woman Democratic minority leader in the Florida state legislature and also serves as the co-chair of the Democratic Women’s Caucus.

Kenny MacAskill (U.K.) is the Scottish National Party Member of Parliament (MP) for East Lothian, and has been an MP continuously since December 12, 2019. He currently undertakes the role of Shadow SNP Spokesperson (Justice Team Member).

Thomas O. Melia is Washington director at PEN America. Prior to joining PEN America, he served in the Obama administration as deputy assistant secretary of state for Democracy, Human Rights and Labor, responsible for Europe and Eurasia, south and central Asia, and the Middle East, and as Assistant Administrator for Europe and Eurasia in the U.S. Agency for International Development (USAID) until January 2017.

Senator Robert Menendez (D-NJ) served as a chairman in the 113th Congress and is currently the ranking member of the Senate Foreign Relations Committee.

Suzanne Nossel is the CEO of PEN America and the author of Dare to Speak: Defending Free Speech for All. She has also served as the chief operating officer of Human Rights Watch and as executive director of Amnesty International USA; and held senior State Department positions in the Clinton and Obama administrations.

In his tenth term in the House of Representatives, Representative Adam Schiff (D-CA) currently serves as the chair of the House Permanent Select Committee on Intelligence, and has also served as lead impeachment manager during the Senate impeachment trial of President Donald Trump.

Marc Tarabella (Belgium) is a Belgian politician and Member of the European Parliament for the French Community of Belgium with the Parti Socialiste, part of the Socialist Group and sits on the European Parliament’s Committee on Agriculture and Rural Development. He is a substitute for the Committee on Employment and Social Affairs and a vice-chair of the Delegation for relations with the countries of Southeast Asia and the Association of Southeast Asian Nations.

Senator Ron Wyden (D-OR) served as the director of Oregon Legal Services for the Elderly from 1977 to 1979 and was a member of the Oregon State Board of Examiners of Nursing Home Administrators during that same period. He served in the U.S. House of Representatives from 1981 until his election to the U.S. Senate. He serves on the Committees on Finance, Budget, Intelligence, and Energy and Natural Resources. He is a ranking member of the Senate Finance Committee and the ranking Democrat on the Energy and Natural Resources Committee.

Member of the European Parliament Ernest Urtasun (Spain) is a Spanish MP and vice-chair of the Group of the Greens/European Free Alliance. He serves on the Committee of Economic and Monetary Affairs, the Committee on Women’s Rights and Gender Equality, Subcommittee on Tax Matters, and the Delegation for Relations with Iran. 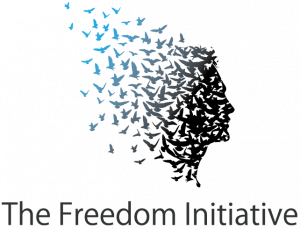 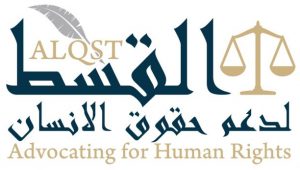 From short story collections to biographies, the #PENLitAwards longlists reflect literary excellence across a wide range of genres and writers. Check out all of the titles included in this year's longlists here: https://bit.ly/3hcw2pW.

Here are more resources to review and use, this from @firstdraftnews @PENamerica @wearehearken @protctdemocracy @AmPress @TrustingNews