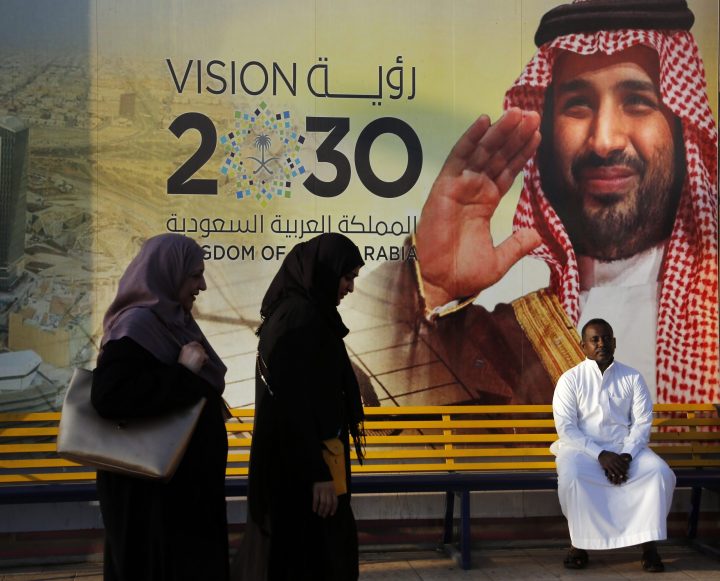 Saudi Arabia, which is hosting this year’s G20 summit, has waged a vast campaign to gloss over its serious human rights violations and unjust imprisonment of writers, activists, and other dissidents. On November 20, 2020, PEN America—along with partners from across the United States, Europe, and the Middle East—will convene “G20 Counter-Summit: Reckoning With ‘Opportunities for All’ in Saudi Arabia,” which will shine a light on the Saudi regime’s egregious human rights record, push back against the Kingdom’s attempts to obfuscate its rights violations, and honor the voices of those the regime has attempted to silence.

As part of our efforts to hold the Saudi regime accountable for its actions, here are 20 facts about human rights in Saudi Arabia.

1. Saudi Arabia held the second highest number of writers and public intellectuals in prison globally in 2019, according to PEN America’s Freedom to Write Index.

2. At least 42 Saudi writers, public intellectuals, journalists, and artists have faced harassment, legal charges, imprisonment, or violence because of their work, according to PEN America’s Writers at Risk Database.

3. Sixty-eight percent of the 38 writers and public intellectuals detained and imprisoned in Saudi Arabia last year were held without explicit legal charges, according to PEN America’s Freedom to Write Index.

4. In 2020, Saudi Arabia was ranked the 170th worst country for press freedom in the world out of 180 countries, according to the Reporters Without Borders’s 2020 World Press Freedom Index.

5. Saudi Arabia ranked 146th out of 153 countries on the World Economic Forum’s Global Gender Gap Index 2020, which tracks “relative gaps between women and men on health, education, economy, and politics.”

6. Saudi Arabia is the world’s seventh least free country, according to Freedom House’s Freedom in the World 2020 Report.

7. Twenty-six Saudi journalists were imprisoned in 2019, according to the Committee to Protect Journalists.

8. It’s been over two years since the brutal murder and dismemberment of journalist Jamal Khashoggi. Those responsible for ordering his murder have still not been held accountable.

9. At least three of Jamal Khashoggi’s pro-democracy colleagues have been warned that the Saudi government may retaliate against them and their families for their work, despite living abroad in Europe and North America.

10. Calls seeking justice for Jamal Khashoggi have been echoed in several dozen resolutions and legislative proposals put forth by the U.S. Congress in the past two years.

12. Several of the women activists detained without charge in 2018 were reportedly tortured by Saudi authorities, including with electric shocks, whippings, and sexual harassment and assault.

13. Women’s rights activist Loujain Al-Hathloul remains imprisoned two years after Saudi Arabia granted women the right to drive. She is now on a hunger strike, protesting restrictions on her ability to see family while incarcerated.

14. Thirty-two members of the U.S. House of Representatives and 18 Senators have condemned Saudi Arabia’s continued detention and abuse of women’s rights activists and called for their release.

15. Vision 2030 is Saudi Crown Prince Mohammed bin Salman’s major spending plan to restructure Saudi’s economy and attract tourists and foreign investment. It was dubbed by Human Rights Watch as “a deliberate strategy to deflect from the country’s image as a pervasive human rights violator.”

16. Nearly 20 people connected with protests in Saudi Arabia’s Eastern Province have been killed since 2011.

18. All protests and public demonstrations are prohibited by the Saudi Ministry of Interior.

20. The European Parliament has voted to downgrade its representation at this year’s G20 in response to Saudi Arabia’s human rights abuses.