Tell Imprisoned Writers: You Are Not Alone

This December, PEN America is collecting messages of solidarity to be delivered to imprisoned writers around the world. This annual tradition has for decades brought hope to writers, many of whom keep and share the notes they receive long after they have been released from prison.

This year we invite you to write a letter to Ukrainian writer and filmmaker Oleg Sentsov (imprisoned in Russia), writer and human rights lawyer Nasrin Sotoudeh (Iran), or journalists Wa Lone and Kyaw Soe Oo (Myanmar).

Use the form below to share your message of hope and solidarity with a writer of your choice, and let them know that people around the world continue to fight for their freedom.

The 2018 letter writing campaign has ended.
Thanks to all who sent messages of support to these imprisoned writers.

Egyptian writer and activist Wael Abbas had originally been included in our card-writing campaign, but was released from prison in early December due in part to PEN America’s advocacy efforts. As we celebrate his freedom, we continue to press for other writers to be released.

You Are Not Alone 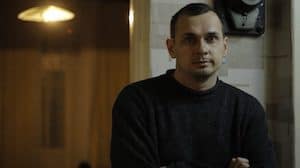 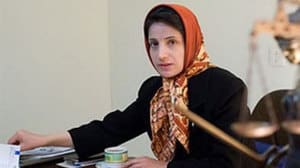 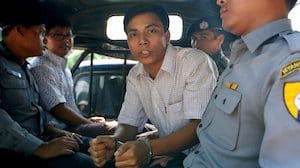