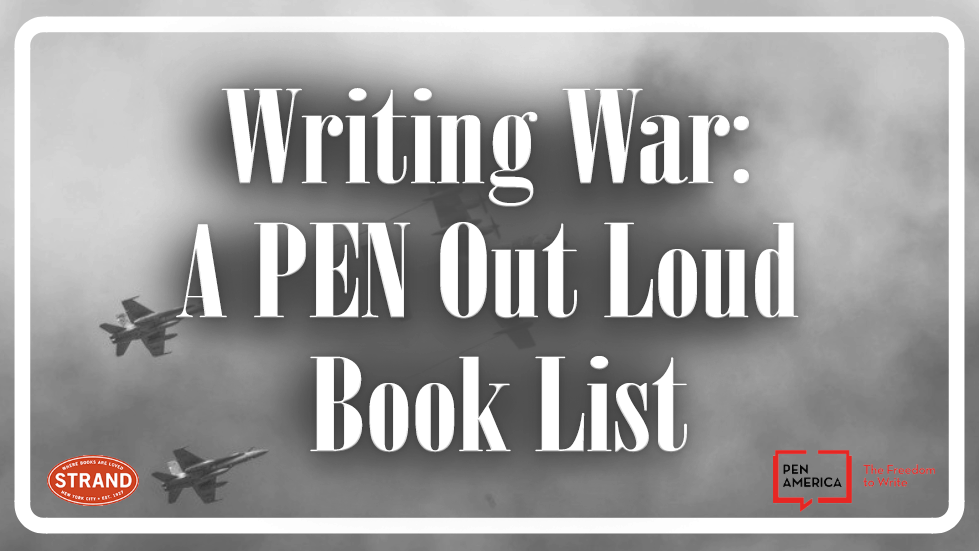 Molly Crabapple, coauthor and illustrator of Marwan Hisham’s latest memoir, Brother of the Gun: A Memoir of the Syrian War and Alexis Okeowo, author of A Moonless Starless Sky: Ordinary Women and Men Fighting Extremism in Africa, know first-hand the difficulties that come with writing about the topic of war. They teamed up with PEN America to share a list of powerful books that tackle the topic of political conflict.

Together, these writers help us ask and answer tough questions on the politics of turning conflict into story by showing us large and small manifestations of revolution, and illuminating the ways geographically distinct conflicts and revolutions intersect. 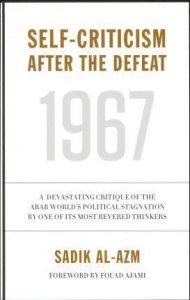 Self-Criticism After the Defeat by Sadik al-Azm (trans. George Stergios)
A re-evaluation of blame after the 1967 war between Israel and Syria, Jordan, and Egypt, Sadik al-Azm’s best-known work confronts Arab discourses on society and politics. In this intellectual interrogation of the culture and political systems which contributed to Syrian, Jordanian, and Egyptian defeat in 1967, al-Azm argues for critical self-reflection in the Arab world. 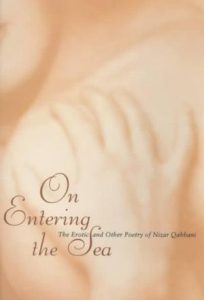 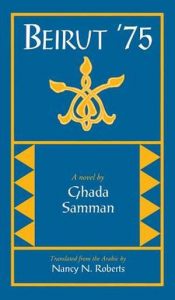 Beirut ’75 by Ghadah Samman (trans. Nancy N. Roberts)
In a cab en route to Beirut, five characters approach the city with various dreams, only to recognize the inevitable processes and forces which shape them and create obstacles for their pursuits. Corruption, inequality, and environmental exploits plague Lebanon, but the struggles these characters face there speak to universal experiences and ignite relevant questions for us all. 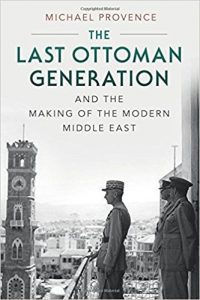 The Last Ottoman Generation and the Making of the Modern Middle East by Michael Provence
Modern states rarely emerge abruptly and completely freed from historical relationships and influences. Michael Provence’s study of the transition from the Ottoman empire, to British and French colonies, to the modern “Middle East” is a close look at the complicated transformations which occurred and the lasting influences which remain. This tale of political insurgencies during colonial rule provides an intimate glimpse at the political, social, cultural, and historical context of today’s “Middle East.” 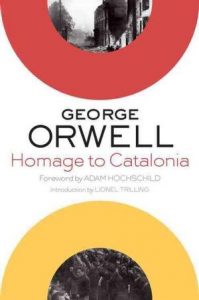 Homage to Catalonia by George Orwell
From household name and writer of 1984, this lesser known work chronicles Orwell’s time serving in the Spanish Civil War. With humanity, passion, brutality, and sometimes even humor, Homage to Catalonia captures the pains of war with excellent clarity. Taking the reader through the frontlines, the revolutionary fervor of the civil war, and his brush with death at the hands of his treacherous allies, Orwell sets the stage for his lifelong fight against totalitarianism. 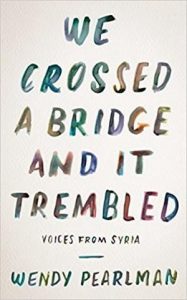 We Crossed a Bridge and It Trembled: Voices from Syria by Wendy Pearlman
We Crossed a Bridge and It Trembled is an authentic collection of stories set against the backdrop of the Arab Spring. The book is compiled from four years of interviews conducted by Pearlman with firsthand accounts of Syrian life. Ranging from full essays to fragmented accounts, this book provides a look into the lived experiences of a war torn people. 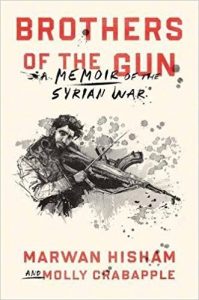 Brothers of the Gun: A Memoir of the Syrian War by Marwan Hisham and Molly Crabapple
This brave new memoir by Marwan Hisham, cowritten and illustrated by Molly Crabapple, documents Hisham’s life under siege. From the Arab Spring to the height of the Syrian war, Hisham and Crabapple give us this gripping coming of age story in the context of war and rebellion. Friendship, violence, and powerful revolutionary acts pulse through this tale of growth, grief, and hope. 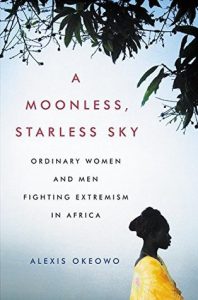 A Moonless, Starless Sky: Ordinary Women and Men Fighting Extremism in Africa by Alexis Okeowo
Alexis Okeowo redefines what it means to write on Africa in her new book, which folds together four unique narratives to weave a cohesive but complex image. Winner of the 2018 PEN Open Book Award; beautifully written and timelessly relevant, A Moonless, Starless Sky teaches us the power of small actions and everyday bravery in overcoming extremism. 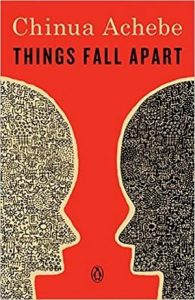 Things Fall Apart by Chinua Achebe
This classic novel redefined “African literature,” raising new questions about history, power, and identity. Things Fall Apart is a brief but important tale about a man from a small village, his community’s rich traditions and relationships, and the complexities of life under colonial rule. 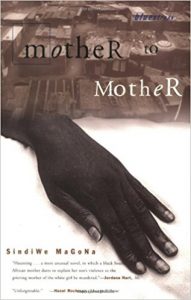 Mother to Mother by Sindiwe Magona
From one mother to another, a story of oppression, violence, and redemption is told. Sindiwe Magona writes this novel in the context of apartheid South Africa, where an American girl has been murdered and one woman’s son is to blame. Mother to Mother invites readers to examine the power structures and identity politics involved in the search for and distribution of justice. 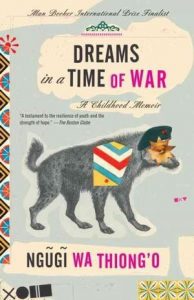 Dreams in a Time of War: A Childhood Memoir by Ngũgĩ wa Thiong’o
From Nobel Prize-nominated Ngũgĩ wa Thiong’o, Dreams in a Time of War recounts the author’s childhood, growing up in the shadow of World War II and amidst bloodshed between the Mau Mau and the British. Thiong’o chronicles his trials, tribulations, and dreams in a Kenyan village under British colonialism and genocidal war. This memoir beautifully intertwines the horrors of war and colonialism with a child’s curiosity and sense of wonder. It is a must-read from one of Kenya’s greatest authors. 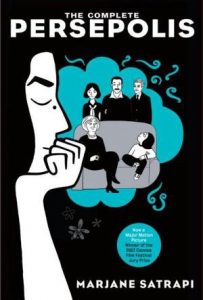 Persepolis by Marjane Satrapi
Like many of these stories, Persepolis shows us the importance of small acts of bravery and the revolutionary potential of our own voices. In vivid imagery, Marjane Satrapi shares her experiences growing up in revolutionary Iran: the challenges she faced as an outspoken and educated child, and the strength her family gained from each other. 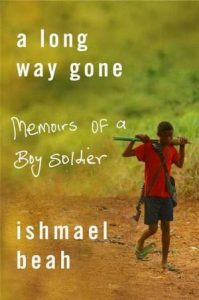 A Long Way Gone: Memoirs of a Boy Soldier by Ishmael Beah
Part Homeric journey and part bildungsroman, A Long Way Gone is the story of Ishmael Beah, a child soldier in Sierra Leone. A story about conflict, but not always a story about war, this memoir ignites conversations on children’s rights, the politics of conflict narratives, and the complex ways villains can also be victims. 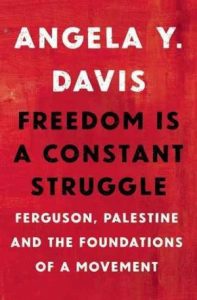 Freedom is a Constant Struggle: Ferguson, Palestine, and the Foundations of a Movement by Angela Davis
In her collection of essays, interviews, and speeches, renowned scholar and activist Angela Davis explores the connections between various international struggles against state violence. In particular, she finds common ground between historical and current movements for black and Palestinian liberation. This riveting book covers everything from the historical anti-apartheid movement in South Africa to modern day actions in Ferguson and Palestine. Freedom is a Constant Struggle reflects on intersectionality, black feminism, and prison abolition in order to build a movement of international solidarity in the fight for collective liberation. 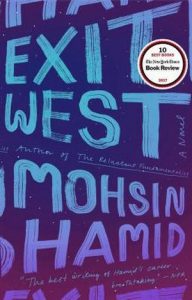 Exit West by Mohsin Hamid
Mohsin Hamid mixes politics and magic in his new novel about a couple, disillusioned and discombobulated by the realities of exile. Exit West is a story about war, love, holding on to the past, and embracing the unknown future. As young Nadia and Saeed flee their home country, readers are invited to consider global issues through an intimate look at Nadia’s and Saeed’s hardships and triumphs. 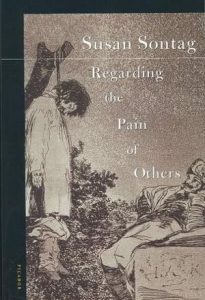 Regarding the Pain of Others by Susan Sontag
This book-length essay written by the esteemed writer, activist, and former PEN America president, Susan Sontag, takes a fresh look at visual representations of war and horror. She unpacks everything from Goya’s The Disasters of War, to photographs of the American Civil War, black lynchings, and Nazi death camps, to contemporary images of Bosnia, Sierra Leone, Rwanda, Israel, and Palestine, and New York City on September 11, 2001. By examining our numbness to a constant flood of violent imagery, she reflects on the meaning of war itself. 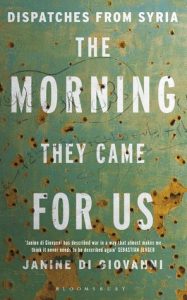 The Morning They Came for Us: Dispatches from Syria by Janine di Giovanni
A tragic and heartbreaking story of the horrors of war, The Morning They Came for Us chronicles a country devastated by dictatorship and jihadist regimes through the perspectives of ordinary people. Addressing everyone from rebel fighters, children, and families who have been torn apart, and the elite who justify it all, this account gives voice to the resilience of the Syrian people.

Rolling Blackouts: Dispatches from Turkey, Syria, and Iraq by Sarah Glidden
This documentary piece is a groundbreaking take on the graphic novel, following reporters in the Middle East. Rolling Blackouts includes interviews from locals and refugees in war-torn Turkey, Syria, and Iraq, as well as Glidden’s own experiences while on this journey. All in warm watercolor, this graphic memoir is an eye-opening perspective on difficult circumstances. 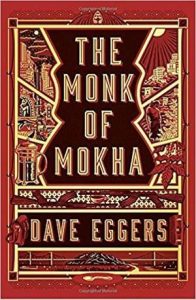 The Monk of Mokha by Dave Eggers
This New York Times best seller is the inspiring true story of a young Yemeni-American man who dreams of rediscovering the beauty of his heritage, but is held back by a devastating war. It follows Mokhtar Alkhanshali, a 24-year-old man living in San Francisco, as he learns about Yemen’s hidden history of coffee cultivation. He returns to his homeland with an unyielding ambition to bring back the Yemeni coffee industry, but finds himself trapped amidst civil war and a downpour of Saudi bombs.