Writers in Residence: Digging in the Country with Jan Stocklassa 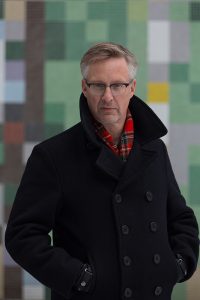 Where can we look to find joy amidst the chaos of our present moment? The Writers in Residence at-home video series from the PEN America World Voices Festival gives readers a glimpse into leading writers’ interior lives and hidden talents beyond their writing desks. Whether cooking meals, crafting cocktails, strumming instruments, entertaining kids, or performing poetry in their living rooms, our writers-in-residence remind us of the little comforts of staying at home in a time of unprecedented dislocation.

Swedish author and self-proclaimed arm-chair detective Jan Stocklassa speaks to us from the country, where he’s digging into research for his next project and taking editorial notes from an unlikely source.

Check out his video now, and order his newest book, translated by Tara F. Chace, The Man Who Played with Fire: Stieg Larsson’s Lost Files and the Hunt for an Assassin, on Bookshop and Amazon.

Jan Stocklassa is a Swedish writer and journalist focusing on large-scale conspiracies in international politics. Stieg Larsson’s Archive: The Key to the Palme Murder, released in Sweden in 2018, has been published in more than 50 countries and translated into 26 languages. A former diplomat, Stocklassa founded Metro, a Prague newspaper, collaborating with major media houses in Sweden and abroad. He co-produced the movie and TV series Stieg Larsson: The Man Who Played with Fire.

Previous Editions of “Writers in Residence”

Writers in Residence: “A Matter of Politics” – A Poem During Pride Month from Lolita Agamalova

Writers in Residence: Stitch in This Time with Elisabeth Åsbrink