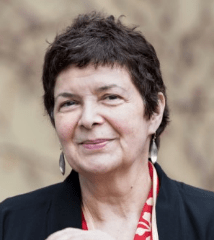 Mary Ann Newman is a translator by vocation and cultural administrator by profession. She has translated such major Catalan authors as Quim Monzó, Josep Carner, and Josep Maria de Sagarra. Her professional life has revolved around Catalan and Hispanic literatures and cultures. She was the founder of the Catalan Studies Program and the Catalan Center at New York University. She is the founder and executive director of the Farragut Fund for Catalan Culture in the U.S., a member of the board of the Premi Internacional Catalunya (International Catalonia Award), and of the advisory board of Diplocat, the Public Diplomacy Council of Catalonia. In 1998 she received the Creu de Sant Jordi (Cross of St. George), the highest honor awarded by the Catalan government and was awarded the 2017 North American Catalan Society Prize for her translation of Private Life. Newman is Chair of the PEN America Translation Committee.