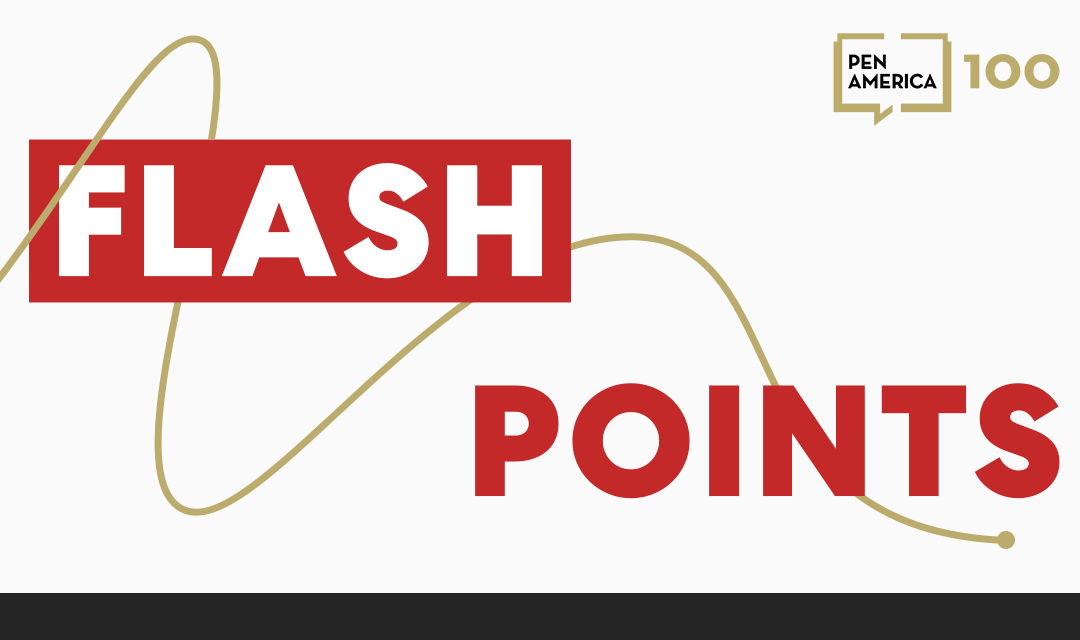 Flashpoints: Free Speech in American History, Culture & Society will present the fascinating and complex history of free speech in American democracy to public audiences in cities across the country. The series will examine how free speech has evolved, illuminate past debates over who has the right to speak and shed light on present debates about free speech in the context of protest, dissent, and the quest for social change. The historical flashpoints in this series highlight pivotal moments in which artists, activists, writers, filmmakers, and intellectuals tested the limits of free speech, challenging the public to redefine “freedom” and realize it anew for populations and causes that were at risk of having their liberties denied. Timed to mark both PEN America’s 100th anniversary in 2022 and the lead-up to the U.S. semiquincentennial, the event series will run for two years from 2022-2023. Digital resources for educators have been culled from each event in the series and are available at the Flashpoints: Educational Resource Hub.

Flashpoints has been created in partnership with the American Historical Association: Everything has a history and made possible in part by a major grant from the National Endowment for the Humanities: Democracy demands wisdom. 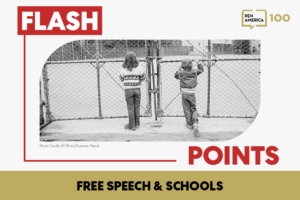 Join PEN America and the AHA to discuss what rights students should have to express political views that may spark division and stir controversy in classrooms. 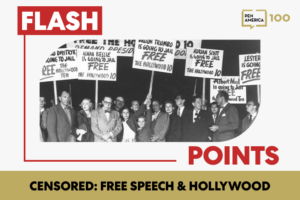 Join PEN America as we explore the dangers of social and state-driven attempts to define ‘acceptable’ topics for creative expression. 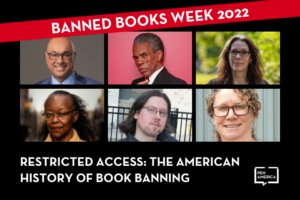 Explore the unprecedented wave of book bannings today in the context of America’s history of censorship. Featuring a special reading by André de Shields, star of the upcoming revival… 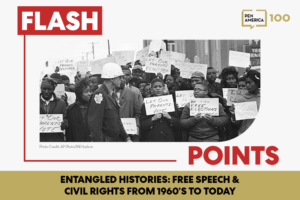 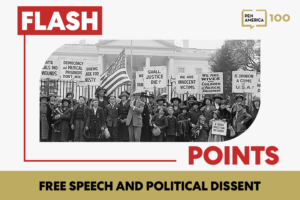 In partnership with the AHA

Funded by the NEH

In order to curate an informed, historically grounded program that underscores how essential precepts of free speech have been to every aspect of American society — including creative expression, women’s equality, civil rights, scientific advancement, social justice movements, and political change — PEN America and the AHA consulted with 8 eight scholar advisors. These advisors hail from across the country and each brings a wealth of research and experience on the multifaceted ways free speech intersects with American history, culture and society. 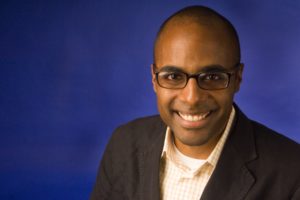 Brett Gadsden is Associate Professor of African American Studies and History at Northwestern University and a historian of 20th century United States and African American history. His first book, Between North and South: Delaware, Desegregation, and the Myth of American Sectionalism, (University of Pennsylvania Press, 2012) chronicles the three-decades-long struggle over segregated schooling in Delaware, a key border state and important site of civil rights activism, education reform, and white reaction. His manuscript-in-progress, titled “From Protest to Politics: How African Americans Transformed the Presidency” explores the set of historical circumstances that brought African Americans into consultative relationships with presidential candidates and later into key cabinet, sub-cabinet, and other important positions in the Kennedy, Johnson, and Nixon administrations and opened to them unprecedented access to centers of power in the federal government. He is also the recipient of fellowships and grants from the John F. Kennedy and Lyndon B. Johnson Presidential Libraries, National Academy of Education, Spencer Foundation, Smithsonian Institution, American Historical Association, Hagley Museum and Library, and Delaware Heritage Commission. 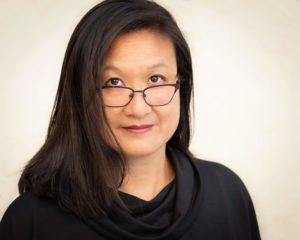 The daughter of a refugee father from China and an immigrant mother from Jamaica, whose own parents were, themselves, immigrants from Hong Kong, Jennifer Ho, Ph.D., is the director of the Center for Humanities & the Arts at the University of Colorado Boulder, where she also holds an appointment as Professor of Ethnic Studies. She is the president of the Association for Asian American Studies (2020-22), and the author of three scholarly books and two edited collections. In addition to her academic work, Ho is active in community engagement around issues of race and intersectionality, leading workshops on anti-racism and how to talk about race in our current social climate. You can follow her on Twitter @drjenho. 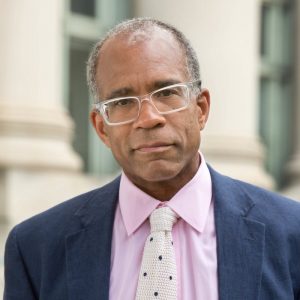 Randall L. Kennedy is Michael R. Klein Professor at Harvard Law School, where he teaches courses on contracts, criminal law, and the regulation of race relations. He was born in Columbia, SC. For his education, he attended St. Albans School, Princeton University, Oxford University, and Yale Law School. He served as a law clerk for Judge J. Skelly Wright of the United States Court of Appeals and for Justice Thurgood Marshall of the United States Supreme Court. He is a member of the bar of the District of Columbia and the Supreme Court of the United States. Awarded the 1998 Robert F. Kennedy Book Award for Race, Crime, and the Law, Kennedy writes for a wide range of scholarly and general-interest publications. 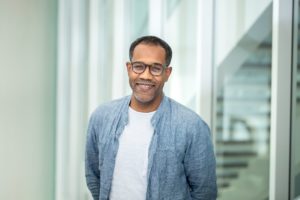 Gregory Pardlo’s collection Digest won the 2015 Pulitzer Prize for Poetry. Other honors include fellowships from the New York Public Library’s Cullman Center and the Guggenheim Foundation. He is currently visiting faculty at NYU-Abu Dhabi. 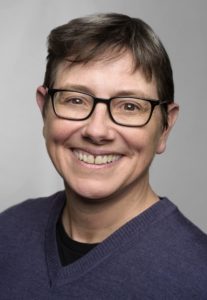 Claire Potter, Ph.D. is a Professor of History and co-Executive Editor of Public Seminar at The New School for Social Research in Greenwich Village, New York City. The author of two books and two edited collections, she has also written for The New York Times, The Washington Post, The Chronicle of Higher Education, The Guardian, Politico, Yale Review, AlterNet, Dissent, Eurozine, The Village Voice, Inside Higher Education, and Jacobin. Her most recent book is Political Junkies: From Talk Radio to Twitter, How Alternative Media Hooked Us on Politics and Broke Our Democracy (Basic Books, July 7, 2020), listed by the New York Public Library as an “Essential Read” for the 2020 election. She is currently writing a biography of journalist and radical feminist activist Susan Brownmiller. 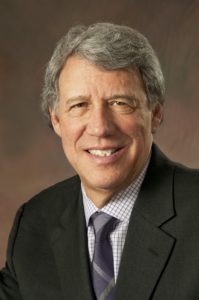 Geoffrey R. Stone is the Edward H. Levi Distinguished Professor of Law at the University of Chicago. After serving as a law clerk to Supreme Court Justice William J. Brennan, Jr., Mr. Stone joined the faculty of The University of Chicago Law School in 1973. In the years since, he has served as Dean of the Law School (1987-1994) and Provost of the University (1994-2002). Stone is the author or co-author of many books on constitutional law, including Social Media, Freedom of Speech, and The Future of Our Democracy (forthcoming 2022); National Security, Leaks and Freedom of the Press (2021); Democracy and Equality: The Enduring Constitutional Vision of the Warren Court (2020); The Free Speech Century (2018); Sex and the Constitution (2017); and Perilous Times: Free Speech in Wartime (2004). Mr. Stone’s books have received many national awards, including the Robert F. Kennedy Award for the Best Book of the Year, Harvard University’s Award for the Best Book of the Year in Public Affairs, and the American Political Science Association’s Award for the Best Book of the Year in Political Science. 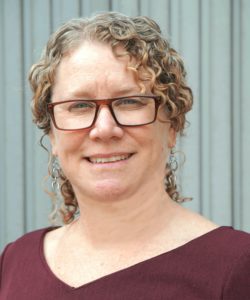 Amy Werbel serves as Professor of the History of Art at the State University of New York-Fashion Institute of Technology. For the past twenty years, her research has focused on censorship at the intersections of law and culture, and particularly in relationship to freedom of artistic and sexual expression. Her book publications include Lust on Trial: Censorship and the Rise of American Obscenity in the Age of Anthony Comstock (Columbia University Press, 2018) and Thomas Eakins: Art, Medicine, and Sexuality in Nineteenth-Century Philadelphia (Yale University Press, 2007). She is a Fellow at the UC National Center for Free Speech and Civic Engagement (2021-22), recipient of the SUNY Chancellor’s Award for Excellence in Scholarship (2018), and a past Fulbright Scholar to China (2011-2012) and the United Kingdom (2019-2020). Dr. Werbel is a graduate of Harvard and Radcliffe Colleges (BA ’86), and Yale University (PhD ‘96). 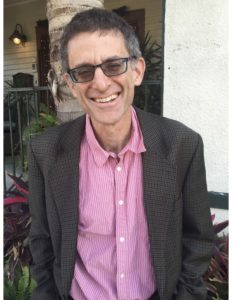 Jonathan Zimmerman is Professor of History of Education and the Berkowitz Professor in Education at the University of Pennsylvania. A former Peace Corps volunteer and high school teacher, Zimmerman is the author of nine books, including Free Speech and Why You Should Give a Damn (with illustrations by Signe Wilkinson) and The Amateur Hour: A History of College Teaching in America. In fall 2022, University of Chicago Press will publish a revised 20th-anniversary edition of Zimmerman’s 2002 book, Whose America? Culture Wars in the Public Schools. Zimmerman is also a frequent op-ed contributor to the Washington Post, the New York Review of Books, and other popular magazines and newspapers. He has appeared on the Joe Rogan Show and dozens of other podcasts, television shows, and radio spots. Zimmerman previously taught for 20 years at New York University, where he received its Distinguished Teaching Award in 2008.