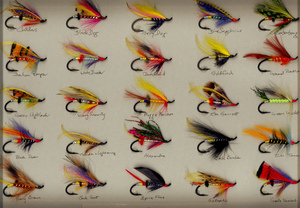 This week in the PEN Poetry Series, guest editor Cathy Park Hong features two poems by Forrest Gander. About Gander’s poems, Hong writes: “Forrest Gander’s ‘The Iteration’ and ‘Something’ are marvelously attentive investigations of animal habitation: ‘the woodpecker’s / long tongue, forked / at the base of its throat and / wrapped over the top of its head / and around the eye socket, / squirts through the drill hole.” These poems illuminate the delicate interdependence between human and animal. Gander’s meticulous observations are full of sensuality and grace.”

From the grooved highway at sixty-five,
a hum rises. Except intimacy

there is nada. That
was a scissortail the woman says.

The boy in the back seat stops
blowing his Coke bottle

as they pass
the mowing machines. Spiked

lobelia, crown vetch, trumpet vine
under the blades of the Ditch-witch tremble.

What is the true jelly of an animal?
asks the boy, tonguing his tooth

on its last string. The woman
turns her face smiling.

The skyline jumps over the moon.
The man drives with his finger

inside her. Years
of together. The theories

were unfit to live on.
Only dust was given duration.

They know that
they are naked.

As if iteration
might introduce us
to a sensation
not limited to sameness.
Which is when
the branchiomandibular
muscles contract
forcing forward the hyoid bones
in their sheath so
the woodpecker’s
long tongue, forked
at the base of its throat and
wrapped over the top of its head
and around the eye socket,
squirts through the drill hole
into a gallery of
insects within
the dead cactus.