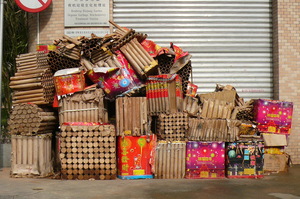 This week in the PEN Poetry Series, guest editor TC Tolbert features two poems by Carmen Giménez Smith. About Smith’s work, Tolbert writes: “Like so many, when I think of writing, I think of disobedience. On any given level, the act of ‘refusing service’ or ‘not performing one’s duty’ can be heavy with consequences (emotional, financial, psychological, physical) and so I often search for poetic guides who explore the very real politics of identity, relationship, and cultural narrative production with both the gravity they deserve and an additional disobedience to the formal choices (tone, syntax) one might assume such gravity implies. Carmen Giménez Smith is that guide for me. In her ‘Poetics of Disobedience’ Alice Notley says there is ‘probably nothing more disobedient than being a comic poet, since no one’s ever sure if that’s good enough.’ And I can’t think of any poet better than Giménez Smith to take up this challenge. She is riotous, which is to say fierce – full of myth and truth telling and delight.”

The giant held me in its thrall for so long
I began to dream of occupying its Trojan
Horsiness, despite being agitated with rebellion.
Ultimately my decisions got me excised,
but I persevered through several crucibles such
as when my tail gathered goatheads I used to
modify my body into a sieve, a you-name it:
I had discovered at a young age how mutable
the female body was; everything almost snapped back.

Yes Virginia, it’s a monolith no one else sees
though it overshadows the animals in their boxes
stacked so corners of one stick into corners of others
for morale they think about a next life or uprising
so I suggest you let them tell you they created reality
which is like a Molotov cocktail smeared with apple pie
than share the proverbial bounty but in the interior
worry over the future Virginia, and let that take
precedence since there’s also the math dearth
that’s a secret to be the one/twelfth spot taken
by a much more legitimate therefore ephemeral and
necessary revolution that we await which is why
our shoes pinch made elsewhere in plastic versions
of animal skin layers of animal cells and the microscopic
frays of thread meant to stitch shoes instead stitching
the lungs the fingers to stitches the stitches to thousandths
of cents the kind of money to transform us all each day
into new animals new pelts I’ve forgotten why and its value
and how I inherited or acquired the knowledge of my most
ancient onus can you see onus and me twisting into
each other like vines how do I break free of odium Virginia
or explain it as my current millstone and what
of the slumbering beast on the other side of the door
and his agenda for me like fill this hole and shut up
and why the performance of competence that feels
like gauntlet because the scheme wasn’t visible
the one from which my hand was molded
by my betters stop thinking in the past they say it’s
like shitting on the giant progressive tapestry of us
says the censorious voiceover and that really brings
us all down emphasis theirs you should know
about these matters that’s what they say Virginia
they have a straight face when they say it