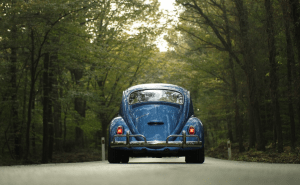 David Pickett was awarded Second Place in Poetry in the 2019 Prison Writing Contest.

“Time reversal invariance fails for the decay of the K meson, or kaon.” —David Deutsch, The Fabric of Reality

It used to be that physicists
thought the world might run
the same forward as in reverse:
that is to say, we had no means
to know which way time flowed.
In such a world, a stream where
we were carried against the current
of our lives, cartwheeled up the slope
of our personal avalanches—
the whock-whock-whock of helicopter blades
scooped the air between crash site
and yellow cross on hospital roof
led directly to the black stench
of burning rubber and the glittering ice
of glass pebbles cast among the highway
shoulder’s muted gray gravel and
the confusing geometry of the wreck:
limbs askew, bent at obtuse angles,
isosceles triangles excised from fleshy parts,
barred circle imprinted on the driver’s chest,
hyperbolic spray of blood on the grass;
which upcoming or just past convinced
the driver to send one last text
or the first in a series which ends
as he pulls out of the driveway, headed
toward his final equation’s solution
or his morning cup of coffee, dark
brewed and bitter, thick foamy liquid
straining itself back into ground beans.