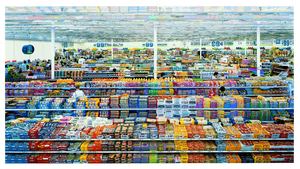 When talking about Letter to an Imaginary Friend, his 400-page poem that trudged through American history and leveled the barriers between past, present, and future, Thomas McGrath often said that the work of his poem was “to create a past in order to rescue the future that has been stolen from us.” Risky words, especially when it comes to American history, but they’re words that cast a certain vogue in contemporary writing in a new light: I’m talking about the post-apocalyptic novels, the dystopias, the airborne toxic events. One feels that these works want to tell us what’s ahead of us in order to tell us how to behave now. And they falter before the work of a poet like Cathy Park Hong, who, much like McGrath, is not content to settle for two tenses. In Cathy’s work, she creates a past that’s sung as a western ballad, charged with racial dismay and language that pops like a cap gun. She creates a modern world that often needs to be written in prose poems, with its familiar and unbelievable supermarkets, with veterans in wheelchairs crying in front of their likenesses on the faces of energy drinks. And she creates a future that’s beautifully devoid of prescription, in which we sometimes just need to hail an aerocab and get on with life. I don’t think Cathy’s interested in rescuing us by creating these worlds—she wants us to see lives that are familiar to our own so that we might avoid stumbling over our past once again, learn how to suffer with each other better today, and who knows, maybe even live in a world that isn’t hell tomorrow.   —Danniel Schoonebeek

Danniel Schoonebeek: The word “dystopian” comes up a lot in reviews of your most recent book, Engine Empire, especially when talking about the book’s closing sequence, which takes place in a “virtual future.” Why do you think writers, readers, and consumers are so fascinated with the end times these days? When we talk about dystopia, what are we talking about losing? Is it capitalism? Is it nostalgia for our own lives?

Cathy Park Hong: Since the birth of Christianity, humans have always been fascinated with end-times. When confronted with looming political and ecological crisis, we want to press command quit and restart, create a clean slate. We think in narratives and want closure. Certainly, now, it makes sense to think we’re entering into dystopian times: the middle vanishing, the wealthy retreating to their gates, the imminent course of ecological catastrophe, but I also see dystopia as an easy and convenient conceit—there’s something so irreversible and resigned about dystopia; it’s a vision of the future that allows us to avoid responsibility since we’re all going down the shitter anyway. As Jameson observed, it’s easier to imagine the end of the world than to imagine the end of capitalism. A fantasy of end-times is a failure to imagine what’s beyond.

In literature, dystopic narrative has been used hubristically as a way to face one’s own mortality. An aging author, say someone like John Updike, conjures an apocalyptic narrative because he cannot imagine a world without his own consciousness. More often, it’s a warning song, a sermon against the excesses of our current times. I know Engine Empire has been described as “dystopic” and the book is certainly dark, perhaps even cynical, but I don’t think it’s an accurate description of Engine Empire. In envisioning the future, I tried to resist alarmist, apocalyptic thinking. The poems ask questions on how to survive, how to connect, and find empathy, in a world market where communities are threatened.

DS: “Inside Beyonce” appeared in Boston Review this month and is also forthcoming from in Privacy Policy: The Poetics of Surveillance, the first poetry anthology to ever confront this issue. In a country where speaking out against one’s government and culture is protected by law, do poets in this country have a certain responsibility to rabble-rouse and agitate? Can poetry change governments?

CPH: Poets cannot change government except in microscopic increments, acting as an analgesic against our distracted ways and changing one individual consciousness at a time. But yes, to rabble-rousing and to agitation—there’s not enough of that and too much of the myopic hum of me-ness.

DS: In the past year, surveillance has pushed to the forefront when it comes to political issues for American citizens and writers alike. How do you negotiate these issues as a writer and as a citizen? Do you censor your work, what you search, do you feel intruded upon? And is this an issue of privacy or freedom of expression?

CPH: I have occasions of paranoia but I’m not at that point of censoring myself. And actually, the more privacy and freedom of expression are in threat, the more urgent to not censor myself. Government and corporations have cannily finessed surveillance so that we’ve become inured to it like frogs in hot water. This scholar, David Lyon, talks about how when a panoptic regime is stringent, it generates more of an active resistance, whereas if panoptic strategies are soft and subtle, it produces desired, docile bodies, which is what we have become, obsessively using the internet as a mirror to refract ourselves into selfies. Snowden may have uncovered surveillance to be a nationwide problem that could affect middle-class, privileged Americans, but surveillance has been used to violate our rights in the US for sometime now. Look at what COINTELPRO did to the Black Panthers. Look at racial profiling. In certain parts of this country, surveillance is nothing new.