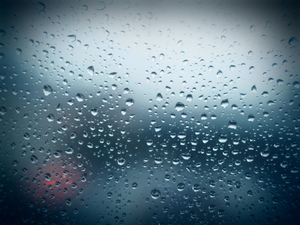 The following poems first appeared in Glossolalia: Women Writing Brazil, the second issue of PEN America’s translation journal. Glossolalia advocates for writers with limited access to the global reading community. By publishing works from lesser-translated languages, Glossolalia connects storytellers to audiences eager for a vivid, mind-expanding look at experiences unlike their own.

These poems by Marília Garcia were translated by Hilary Kaplan from the original Portugese.

of things whispered on leaving the room.

everything observed the position of the sun

that afternoon with mediterranean houses and imagined

the sequence of dialogues

or holding still in the dark. the two women

in front of the lens never saw each other: they reversed

position (the one in white

smiled from under the seaweed near the ocean’s floor)

then framed the displacement

to hong kong on a delayed

flight. how to continue trying an inverse

angle if everything worsens

as the days go on? how to follow the rotating

schedule they acquire after

sat down on one of the benches

(something painful to say

but who knows what,

where does the name

patagonia come from? and penguins? how

to detail the sequence

of images? and how

a woman saved from drowning

above the devastated city. dressed in white,

on the edge of the bed, she’d waited months to open the notebook

she found in a cafe. “when do you think

the rain will stop?”

(but wanted to ask what

are you thinking? wanted to ask how long will it last?

wanted to ask something else)

in the grey room,

lose color one by one and change

places as you wait, the streetlight

filtered through the curtains forms

a square, glowing radioactive (could it be a wet dream

that makes me mix up the days of the week?)

“we need to go” was the last thing

she said, holding her raincoat

the girl from belfast alphabetizes at your feet

In this poem, the main character from Joseph Brodsky’s
“Belfast Tune” organizes lines from poet Ana Cristina César’s
1982 volume, A teus pés (At Your Feet), in alphabetical order.
The poem was written in memory of César on the 25th
anniversary of her death.

98 spins around the park and she falls

in circles upon her own weight

one could get the impression or not

inside the fabric electrified by static

while she spoke she descended

the side stairs slicing the clatter

of the orchestra. the bicycle wheel

reflexes to dust in the air and six hours standing

at the drain, one could get the impression or not, seated at the edge of

the room. she looks from afar as the car

passes by, goes out at night on the trails

when everything is vengeance

talks about bridges while crossing the tunnels

of the city and puts at your feet

drinking tea, nearly to the brim

the voice unrecorded on the mountains

at a speed of 1 km/hour or a thousand. before

returning to ireland she had already begun to forget. she understands

that only after the security glass crumbled

against her head, only a few seconds till her head

against the glass, but it was just

part of the route, no way to count the nights or tracks

“extracting the audio from a frozen

image” was the label she fixed to the walls

to learn to reach the right place at the right time

in the background the voice through the opening

to arrange this book:

pricks of a needle

or vertigo up high. you could wake thirty years

later with the image even more vivid

when the room is blind

blue I leave the keys loose on the terrace

blue that does not frighten me

letters, when they arrived

magnifying glasses give up

Marília Garcia is a poet, translator and editor born in Rio de Janeiro in 1979. She is the author of 20 poemas para o seu walkman (2007), engano geográfico (2012), um teste de resistores (2014), and Paris não tem centro (2015). She won the Icatu Arts Prize in 2015. Marília’s new poems are about flying machines. She runs the poetry press LunaPARQUE Edições.

Hilary Kaplan is the translator of Rilke Shake by Angélica Freitas, winner of the 2016 Best Translated Book Award in poetry and a finalist for the 2016 PEN Award for Poetry in Translation, and Ghosts, a collection of stories by Paloma Vidal. Her translations of Brazilian poetry and prose have appeared on BBC Radio 4 and in journals internationally. She received a 2011 PEN/Heim Translation Fund grant, and has translated poets including Claudia Roquette-Pinto, Ricardo Domeneck, and Marília Garcia.

CHRONICLES OF THE APOCALYPSE: WRITING ON CLIMATE CHANGE

[email protected] will receive @PENamerica's second-ever Voice of Influence Award. He'll be in conversation with Ron Chernow at the virtual gala on Dec. 8: https://bit.ly/3mfEO82

On 12/1, join HBO Max for a two-part panel conversation, co-moderated by Mary Ann Marino and Erica Vital-Lazare with award-winning investigative filmmakers Kirby Dick and Amy Ziering on using the power of documentary as journalism. Register: https://bit.ly/3q9hs6i.