The PEN Ten with Laila Lalami 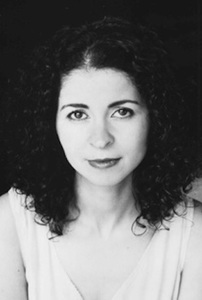 The PEN Ten is PEN America’s biweekly interview series curated by Lauren Cerand. This week Lauren talks with Laila Lalami, author of the short story collection Hope and Other Dangerous Pursuits and the novel Secret Son. Her essays and opinion pieces have appeared in Newsweek, the Los Angeles Times, the Washington Post, The Nation, the Guardian, the New York Times, and in numerous anthologies. Her new novel, The Moor’s Account, is forthcoming by Pantheon in 2014.

When did being a writer begin to inform your sense of identity?
I started writing when I was nine and have never really stopped. But I only started thinking of myself as a writer in my late twenties, when it became clear to me that writing wasn’t a hobby or a pastime, but something more essential.

Whose work would you like to steal without attribution or consequences?
Theft is a crime, but envy is only a fault. And I have envied frequently when it comes to writing: I admire J.M. Coetzee’s Waiting for the Barbarians, Toni Morrison’s Song of Solomon, Mohamed Choukri’s For Bread Alone, Margaret Atwood’s The Handmaid’s Tale.

Where is your favorite place to write?
In my office, but only if I am alone. I find it very difficult to focus if there’s some conversation outside my door or if the television is on in the living room.

Have you ever been arrested? Care to discuss?
When I go to protests, I’m always terrified of being arrested. But it hasn’t happened (yet.)

Obsessions are influences—what are yours?
Perspective. I’m obsessed with how dramatically a story can change when the point of view is different. And that goes for everything: who reports the news, who narrates the stories, who shoots the movies, who takes the picture.

What’s the most daring thing you’ve ever put into words?
The book I’m working on at the moment, always.

To tell a good story. That is all and that is everything.

While the notion of the public intellectual has fallen out of fashion, do you believe writers have a collective purpose?
Yes, but only incidentally. When writers create stories that resonate with truth, they naturally reflect their societies’ limitations, hypocrisies, or blind spots.

Where is the line between observation and surveillance?
Control.