The PEN Pod: On Book Bans with George M. Johnson 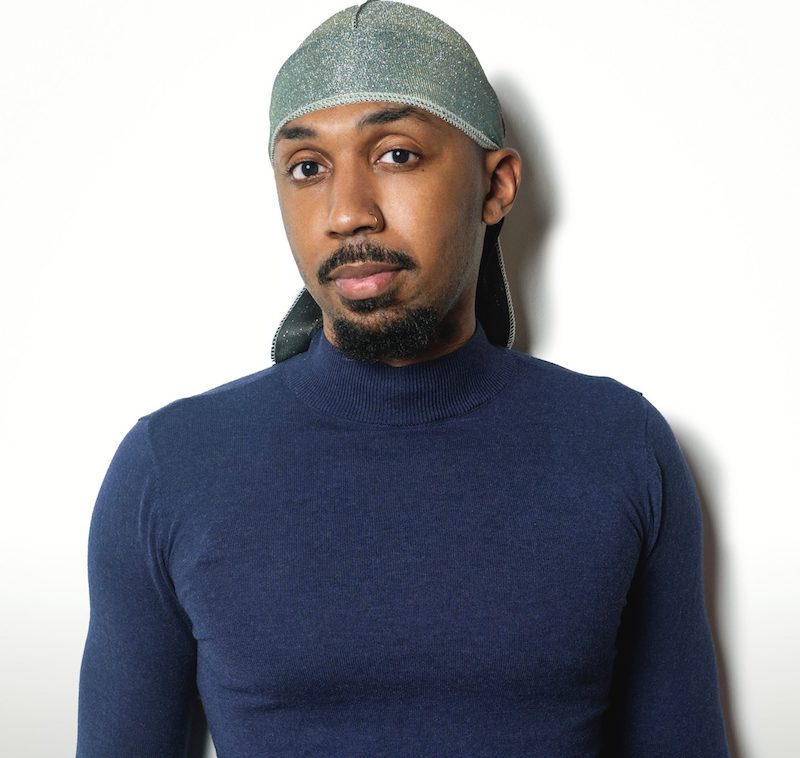 Today on The PEN Pod, we spoke with writer and activist George M. Johnson, whose memoir All Boys Aren’t Blue has been banned, removed from schools, and challenged in several states across the country. We spoke with George about why they think their book is being challenged so ardently, their response to the recent increase in attempts to censor diverse literature in schools, and what they would say to writers who are intimidated by ongoing censorship efforts. Listen below for our full conversation (our interview with George starts at the 30:48 mark, and ends at the 43:48 mark).

On Why All Boys Aren’t Blue is So Frequently Challenged

“My book is being challenged so ardently because my book is telling the truth, and we know that the United States of America has always had an issue with any type of text that tells the truth. Whether we are talking about the origins of this country through genocide, and through slavery, or whether we are talking about how the forefathers were slave owners themselves and were actually terrible people, this country has had a way of creating an alternative truth around some of their greatest heroes, as well as an alternative truth just around what the actual narrative of America is.

“And so when I put a text out into the world that is a Black, queer, coming-of-age story that tells the truth about what actually happens to Black children in school systems, or what actually happens to Black queer children in school systems—who have to deal with the intersection of race and identity, and sexuality, all while fighting many of the oppressions of anti-Blackness and racism—and we call out those truths and we speak truth into power, it makes people fearful. It makes people worried that the next generation, which is the youth, will actually operate from a space of knowing what the actual truth of many of our stories are of the people who are around them, rather than a truth they have been sold. This country is anti-queer, this country is anti-Black, and any time you have a text that has the intersection of both of those, I think it just makes it the primary target, target number one.”

On the Increasing Pervasiveness of Book Bans

“We have an issue in this country, specifically when it comes to young adults, that we assume that there are topics that are too heavy for them to read or to understand. I am not a believer of that. . . . There is this belief that if we keep these things away from the youth, that they won’t indulge in them, when the reality is [that] us keeping resources, and us keeping these stories, away from them doesn’t stop them from going through the same situations. It just means that they don’t have the knowledge or the education to handle those situations in a way that can be best suited for them.

“This whole witch hunt on books has nothing to do with books. It just has to do with the fact that people do not want to face the truth of the matter, of situations and of people who live outside of this patriarchal, white, cis, heterosexual bubble. But a lot of us exist outside of that, and it is necessary that children and youth know who they exist in this world with because they become the next future leaders. If they understand that Black, queer people exist, they then become future leaders, and future governors, and senators, and politicians, who then operate from a lens of knowing that they have to also protect the rights of other people who are with them.”

On Dealing with Challenges, and Advice for Other Writers

“I just kind of lean on my ancestors. . . . I think about the fact that the banned book list is not something to be ashamed of, it’s something to be proud of. Because most banned books are books that are necessary, and really, really dive into heavy topics that people fear. And so, I’m proud that they’re trying to stop my truth in many ways. I can’t be intimidated. I mean, I put my story out there for the world to see, and nobody’s going to deny me my truth. They denied my ancestors their truth, and they continue to try and have this particular type of erasure—specifically of Black stories, even more specifically, of Black queer stories.

“So I just say to other writers, tell your story. Everyone’s not going to like your story. Everybody is not going to even agree with your story, but that doesn’t mean that your story doesn’t need to be told. I went into this knowing at some point this would probably be my fight, and this would be my battle, but I live a purpose-driven life. And so, if your purpose is to tell your story in an effort to help other people, then focus on those people who you’re helping.”

The PEN Pod: The Journey to Cloud Cuckoo Land with Anthony Doerr

The PEN Pod: On Educational Gag Orders and the January 6 Insurrection Subpoena

The PEN Pod: On Diverse Latinx Voices and Identities with Saraciea J. Fennell

TODAY: PEN America welcomes @dalejopinilla to our Free Speech Live! student forum at 6:30PM ET to discuss “Journalism and the Freedom to Report in Latin America.” Students can still register to join us at http://bit.ly/3Dr4lDZ.

Celebrate the launch of the 2021 @PENamerica Prison Writing Awards Anthology with BPL's @BKLYNjustice. Join us 12/15 for a virtual reading of literature from incarcerated writers, performed by @JackieWoodson @baratunde @MitchSJackson @Piper + more. https://bklynlib.org/3kYZjHu

"Turkish authorities should never have pursued the initial criminal investigation into Orhan Pamuk for Nights of Plague." Full statement: https://bit.ly/3obyGB9