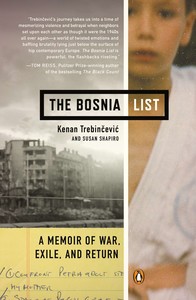 An Indelible Lesson In Self Defense

“It means every fifty years a new politico turns us against each other,” he said.

At eleven, I knew the Croatians were mad at the Serbians. But who was against us? And why? Dad explained that it was a land grab, where Serbia wanted to expand their territory and rule a bigger country filled with only Orthodox Christians like them. So the Serb president Milošević ordered his troops to get rid of Bosnian Muslims like us. My brother said this was the way Hitler purged Germany of Jews in World War II, envisioning a pure race.

“But how can the Serbians get away with it?” I was outraged.

“They have the most cops, generals and ammunition factories,” my brother Eldin said.