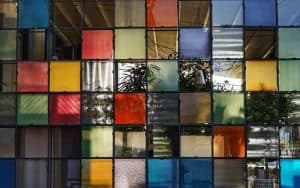 Kyle sat on his mat on the concrete slab of a bunk. His hands were propped on the sides of his head as he stared up at the fluorescent lights burning two long lines into his vision. He had been in the Hole for two weeks and still had two more to go. His cell was empty, except for his cup, spoon, soap, clothes, and a Bible. Luckily, he had sneaked a pack of playing cards in his waistband. But one tires of Solitaire, and he couldn’t sleep anymore. All he saw were the two lines. The music was returning. He was going mad. This was the Hole.

They had put him in the Hole because of a fight. He had tangoed with this Mexican over words. He broke the other guy’s nose and had a good scrap. However, he got a concussion when his shorter opponent rushed him and pushed his head into the metal top bunk of the cell, crossing his vision. After the guards had come in and separated them in different holding cells, he called for help with a skull-splitting headache. No help came. Days later the administration pulled each of them out to a disciplinary court; both were sentenced to 30 days in the Hole.

The officer led Kyle to his cell down a long hallway; each cell was separated by at least five feet on stacked concrete blocks. Like a little one-room apartment: bed, table, toilet, and shower.

He set up his routine: Shower, exercise, shower, sleep, and read. The only way he could measure the days and nights was by the light playing across the walls from the window at the end of the hall. If you were caught talking, you weren’t fed that day.

The second week came and went much the same but there was something new in his tiny world. The walls began to close in on him. From the time he woke to the time he fell asleep, the music from the game Tetris played. The circular, 8-bit music drilled into his mind.

By the fourth week he had been reduced to a mute mess. He had continued to eat his meals and keep up his personal cleanliness but it was all done as a habit. He was afraid to think; if he did the music would return.

Officer Tagwell stepped up to the cell, looking at Kyle. “Marshall, Kyle. You’re done in the Hole.”

The guard led him out and down the hallway to the elevator. Kyle moved into his new cell. He wasn’t there more than an hour before the chaplain called him to the visitation booth.

“Your aunt called us to check on you. Are you okay?”

Kyle set the phone receiver down like it was an egg, afraid to have anything else in his life break. He shook his head and thought back to the letter from his father. The true pain came from watching his father’s handwriting slowly deteriorate through the cancer, the once-flowing script turning into an illegible mess.

Kyle went to the telephone to call Mary. Mary really wasn’t his aunt, but a lady who worked for a lawyer’s office that he knew. She was as close to family as possible in this situation. He heard the recognizable click of the recorder as she answered the phone.

“Hey, Mary, the chaplain just called me out to talk to me. How did it all happen?”

“He was released on a bond to a hospice. He died that night. The fifth of last month.”

Today was the first. A whole month later.

Hours later Kyle was escorted to the psychiatric wing of the jail. Here he had a bunk and toilet, nothing else. They took his sheets and clothes so he couldn’t hang himself. He ate with a styrofoam cup and wasn’t allowed to shower for three days. Mary had called the jail and told the officers in charge that she was worried for his safety.

Kyle laid there on his bunk, naked, listening to the screams and pounding of the other patients on the wing. Kyle hummed the music aloud, rocking his knees back and forth. He watched the yellow tiles on the wall move down and stack together to make lines. Building around a hole he would never crawl out from.