Temperature Check, Vol. 12: Prison Journalism in the Time of COVID-19

Introduction To Volume 12.0:
Prison Journalism in the Time of COVID-19

With over 2.3 million individuals behind bars—the population of a small country—and fewer than 10 internal publications, the United States’ incarceration system is an extreme information desert. Prison journalism, however, was not always this imperiled; during the 1950s, over 250 prison publications operated nationwide. The stark diminishment in journalism behind bars—a fall whose trend correlates with the rise of mass incarceration—can be directly attributed to exorbitant censorship, lack of internet access and educational resources, and hostile prison administrations.

As the COVID-19 pandemic has illuminated, journalism has been critical to raising awareness of and accountability for human rights abuses in correctional facilities. While COVID spread rapidly and visibly throughout the country, much about its impact in prisons, jails, and detention centers—preventable deaths, outsized infection rates, inaccessibility of PPE, extreme and inhumane lockdown measures—remained hidden from the public eye. While outside journalists faced opaque systems and barred access, the incarcerated reporters willing to risk the possibility of administrative retaliation often lacked inroads to an audience beyond the walls.

The few that broke through the censorship, however, proved instrumental in shaping public opinion and policy. For example, when Juan Moreno Haines, a writer for the San Quentin News—the only newsletter in the country fully operated by incarcerated writers—tested positive for COVID in May 2020, he was moved to solitary confinement to “socially distance.” Haines detailed his experience in a letter to The Appeal. Thanks to the work of Haines and other San Quentin journalists, public pressure pushed the California State Senate to investigate the outbreak.

The Prison Journalism Project (PJP) knows the impact of inside-out reporting well. Founded by journalists and educators Yukari Kane and Shaheen Pasha at the onset of COVID-19, PJP seeks to revegetate the carceral media desert from the inside out by providing incarcerated writers with the tools, training, and pathways to publication they need to establish themselves as credible journalists. Kane has spent the past few years teaching and advising at the San Quentin News; Pasha has launched various immersive and collaborative journalism courses behind bars.

In this issue, we proudly highlight PJP’s work, both in our dispatch section—which features articles published in their online publication—as well as on our Works of Justice Podcast. In the episode, we spoke with Kane and Pasha about establishing credible journalism behind bars and about how prison journalism enriches the conversation about criminal justice reform by actively centering currently incarcerated writers.

The selected articles featured in this dispatch section are published in the Prison Journalism Project‘s online publication. In style, content, and time of publication, the two pieces frame the course of the pandemic thus far.

The Hidden Heroes Forgotten Inside

The following piece is excerpted from an article written for the Prison Journalism Project by Steve Brooks, currently a contributing writer for the San Quentin News. “The Hidden Heroes Forgotten Inside,” penned in May 2020, exposes the often-forgotten toil of essential workers behind bars, whose overlooked heroism mirrors that of incarcerated journalists. 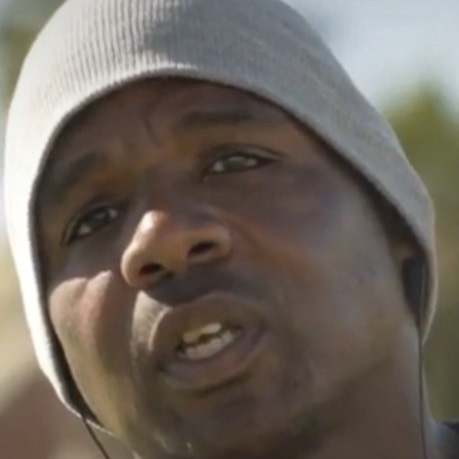 Steve Brooks, a contributor to San Quentin News and Prison Journalism Project and author of “The Hidden Heroes Forgotten Inside”

I am a 48-year-old African American man with asthma confined in a California prison. Every day, while riots and unrest are happening in prisons around the world, I wake up at 3 am. I get dressed, I wash up, I put a mask over my face, I put on gloves, and I step out of my cell to go work in the main kitchen. Instead of sheltering in place, I go assist in preparing the morning meals for 3,600 other incarcerated people during this coronavirus pandemic.

I am housed in what can only be described as an incubator-under the worst-case scenario. I am a sitting duck waiting for coronavirus to be brought into this crowded prison, where I will likely be infected and possibly killed. Yet every day I still step out of my cell onto the frontlines of this pandemic; regardless of this unforeseen killer, regardless of the thousands who have been infected in prisons and almost 100 incarcerated men who are dead. I still step out of my cell and I take on the dangerous task of feeding the population so the guards can focus on maintaining safety and security. . .

Breaking News: San Quentin Residents Mingle for the First Time in Over a Year

The following piece is excerpted from an article by Joe Garcia, a San Quentin News veteran who helped launch the Prison Journalism Project. He currently serves PJP in an advisory role as one of the two inside editorial associates. 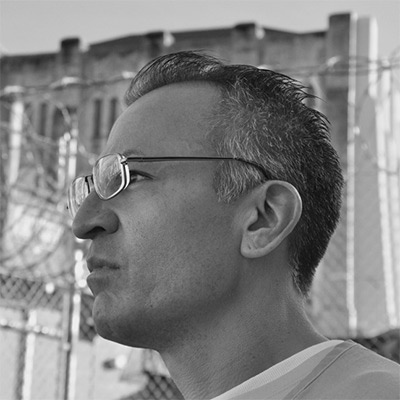 For the first time in almost 14 months, San Quentin State Prison’s main recreational yard opened to all residents from all housing units. It was the first time prisoners from different buildings were allowed to mingle freely.

“It’s wonderful to see everyone out there at the same time,” said Dion DeMerrill. “It’s been over a year.” 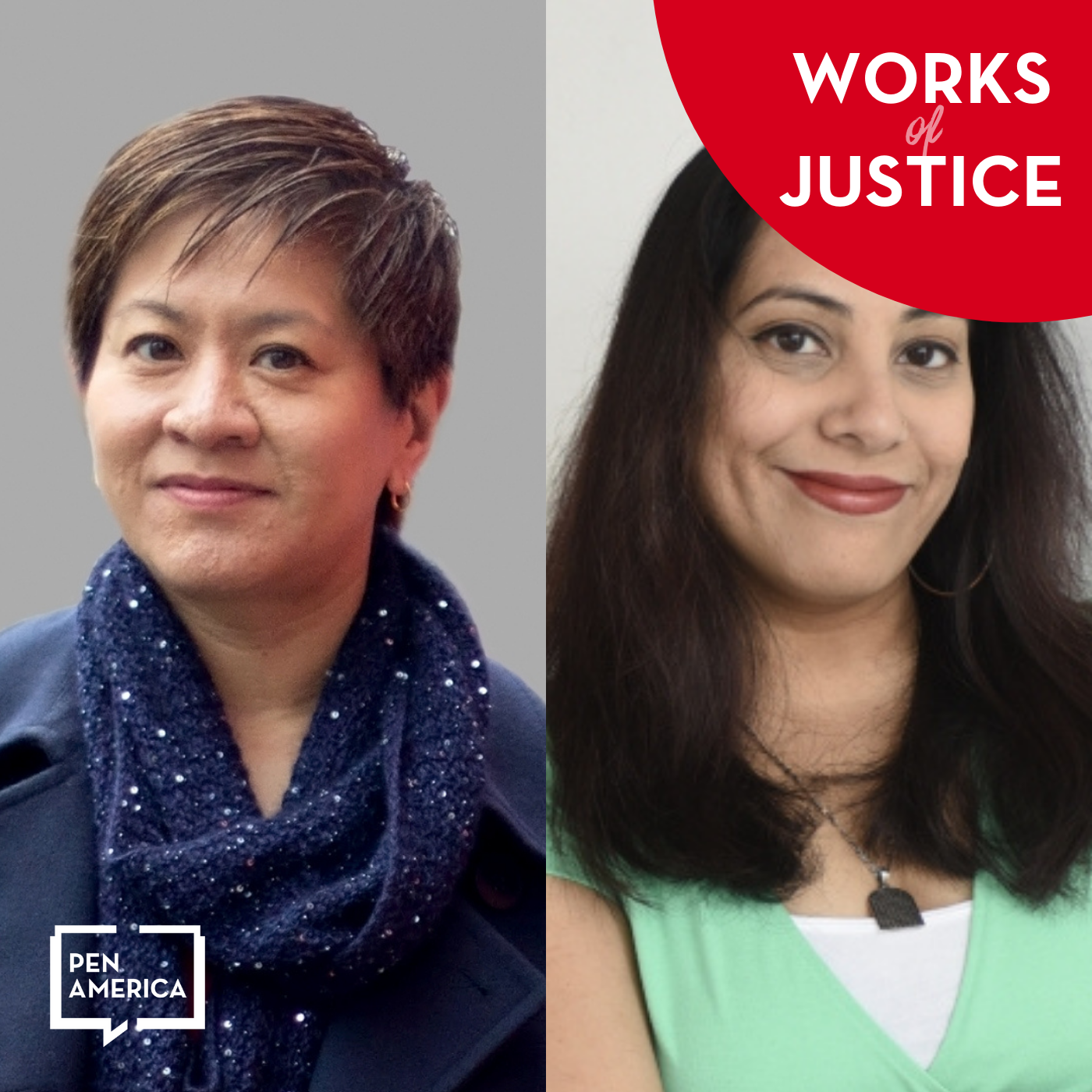 To learn more about the importance of prison journalism and the challenges of reporting from behind bars during the COVID-19 pandemic, we spoke with Yukari Kane and Shaheen Pasha, co-founders and -executive directors of the Prison Journalism Project. In this episode, Kane and Pasha discuss the power of teaching journalism behind bars, particularly during a pandemic; the importance of integrating prison journalism into not only the larger field of journalism, but also broader conversations around criminal justice reform; the nuance of defining the genre of “prison journalism”; and the challenges of fact-checking, verification, and credibility in a space with limited access to the internet and outside sources.

Read the transcript, or listen on Apple Podcasts or Spotify.

Great interview. "Fiction has the power, or rather the magic, of making reality eternal. What can make something last forever? Fiction. When I write about Amalia, for example, I’m making her eternal. She becomes eternal." @PENamerica
https://pen.org/the-pen-ten-ivan-monalisa-ojeda-translated-by-hannah-kauders/

The #Belarus regime's hijacking of blogger #RamanPratasevich's plane in May grabbed all the headlines, but it was just one of many serious violations of #pressfreedom committed by the regime since August's rigged presidential election: http://ow.ly/AfQr50F6U69 #StandWithBelarus👇

Great management solutions by @PENamerica in new report and @yoursosteam gap analysis and tools for digital resilience and support at @yoursosteam https://apnews.com/article/joe-biden-journalists-racial-injustice-business-race-and-ethnicity-d986426b7211a67fffb621f0a2414001