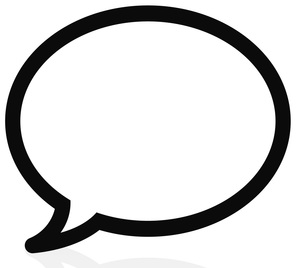 The winners of the 2013 PEN Literary Awards were announced last month, bringing greater recognition to a wide range of worthy books and authors. Since the announcement, we’ve encountered many subsequent stories in various news agencies, literary journals, and social media promotion as a result of these books being recognized by our panels of distinguished judges.

Many of this year’s PEN Literary Award-winning books remind us that writing does more than create stories. It can also rescue them. Tom Reiss resurrects the dashing General Dumas in The Black Count, winner of the PEN/Jacqueline Bograd Weld Award for Biography. Digging around in a neglected corner of history, Reiss pieces together a larger-than-life figure from scraps left, as he describes in an interview with The Rumpus, in “castle towers, back offices, forgotten valises—and, of course, locked safes.” But it isn’t only the past that needs rescuing. As PEN/John Kenneth Galbraith Award winner Katherine Boo puts it in an interview with Guernica Magazine, we see too much of the present world—especially the lives of those in poverty—through the eyes of reporters who “parachute in after some big, terrible event… [which] offers only a glimpse.” Writing like Boo’s rescues the lives and worlds of those without “means and access,” to writing from the “memory hole,” which would otherwise await them.

Like Boo’s book, Leonard Mlodinow’s Subliminal, winner of the PEN/E.O. Wilson Literary Science Writing Award, can be said to rescue stories that would otherwise remain hidden below the surface. Mlodinow, scientist-turned-author and scriptwriter, compellingly illustrates the subconscious (as described in The Economist) as “a place of super-fast data processing, useful survival mechanisms and rules of thumb about the world that have been honed by millions of years of evolution.” The book is also a history of psychology’s decades-long rescue of the subconscious as a concept, years after its dismissal as a useless relic of Freudianism.

Translation, too, is a form of rescue: it saves a book from one language for another. PEN Translation Prize winner Donald O. White does just that with The Island of Second Sight, a German masterpiece and “picaresque romp,” as Alan Riding of The New York Times puts it, available in English for the first time in more than a half-century. Molly Weigel, winner of the PEN Award for Poetry in Translation, does the same for the poems of the late Argentinian poet Jorge Perednik. Written during Argentina’s military dictatorship in the 1980s, The Shock of the Lenders & Other Poems (a few are read aloud here) has retained what 2013 judge Don Mee Choi call its “daring logic and radically coded language,” in Weigel’s English.

Rowan Ricardo Philips, a translator from the Catalan, has won this year’s PEN/Joyce Osterweil Award for his own poetry in English. His debut The Ground is desribed in Publisher’s Weekly as a “meditative elegy for New York City in the aftermath of 9/11,” which includes a poem of verses from Dante’s Purgatorio interpreted through Bob Marley’s voice.

There are many rescued stories among this year’s honorees. Nevertheless, one book among the winners has a special claim to this designation. PEN/Robert W. Bingham Award winner Sergio De La Pava’s novel A Naked Singularity was rejected by no fewer than 88 literary agents before becoming a breakout self-publishing success. The semi-autobiographical story of a New York City public defender named Casi, De La Pava’s novel is a thrilling adventure through and meditation on justice and the criminal justice system in the tradition of Dostoevsky.

In a more perfect world, stories of injustice could safely remain in the realm of novels like Mr. De La Pava’s. Unfortunately, we live in a world that desperately needs the vision of Monika Bauerlein and Clara Jeffery, co-editors of Mother Jones and recipients of this year’s PEN/Nora Magid Award. In their seven years at the helm of the magazine, Bauerlein and Jefferey have ably and fearlessly promoted the kind of investigative journalism that has been a positive force in American society since the first muckrakers took on meatpacking factories and Tammany Hall.

Two of this year’s winning books are works of nonfiction written by poets. Both showcase an attention to detail and ability to synthesize that are a poet’s strengths to the genre. PEN/Diamonstein-Spielvogel Award winner and former Poet Laureate Robert Hass’s What Light Can Do meanders delightfully over a broad field. Including essays on nature, art, and violence, it manages never to sacrifice the quality Hass considers the essence of the essay, as summed up by Laura Collins-Hughes in The Boston Globe: “as a form [it] is an act of attention.” From an emerging poet, the versatile and energetic Kevin Young, comes the PEN/Open Book Award winning The Grey Album, which Dwight Garner of The New York Times describes as a “poet’s collage,” of black culture: “Equal parts blues shout, church sermon, interpretive dance, TED Talk, lit-crit manifesto and mixtape.”

Gina Apostol’s novel Gun Dealers’ Daughter, co-winner of the PEN Open Book Award, examines the fraught relationship between an individual and the movement of history. The novel is a thrilling coming-of-age story set in the Phillipines’ 1986 People Power Revolution. It tells the story of Sol, described in Denise Scarfi’s interview with Apostol for Bookslut as “a daughter of arms dealers who attempts to ditch her elitist roots and become a part of the communist movement — all (or mostly) for a boy!”

Kirsten Greenidge, the playwright behind Milk Like Sugar and The Luck of the Irish, has been awarded the 2013 PEN/Laura Pels International Foundation for Theater Award for a Playwright in Midcareer. New Dramatists observes that Greenidge’s lively, humorous and politically provocative work “shines a strong light on the intersection of race and class in America.” Respected playwright and, as nicknamed by New York Magazine, “Moses of the AIDS struggle,” Larry Kramer has won the same foundation’s award for a Master American Dramatist. Kramer’s most famous play, The Normal Heart, won a Tony Award for best play revival in 2011 and is currently being filmed by HBO.

This year’s PEN awards also recognize the work of those helping to introduce younger readers to the world of books. Amy Goldman Koss has received the PEN/Phyllis Naylor Fellowship for her forthcoming young adult novel, The Intake Office. Michelle Markel’s The Fantastic Jungles of Henri Rousseau has won the PEN/Steven Kroll Award for Picture Book Writing. Markel’s book accomplishes, for younger readers, what biographies of artists do at their best: give an inspiring glimpse of what imagination and perseverance make possible.

Among this year’s PEN honorees are two writers who have played an important role in rescuing the genre of sports writing from undeserved neglect. Frank Deford, beloved NPR commentator, accomplished prose stylist and winner of the National Humanities Medal, has received the third annual PEN/ESPN Lifetime Achievement Award for Literary Sports Writing. Mark Kram Jr. has won the PEN/ESPN Award for Literary Sports Writing for his new book Like Any Normal Day, the true story of a high school football star’s injury and quarter-century long struggle with paralysis.

We are excited to help bring greater recognition to these titles and hope you enjoy reading more about them through the links above. If you’re moved to buy the books as a result, all the better. You will be directly supporting the writers and the many fine publishers who publish their books. We hope you will feel as we do that the winners of these sixteen PEN Awards are shining examples of the range and rich diversity that American literature can offer.