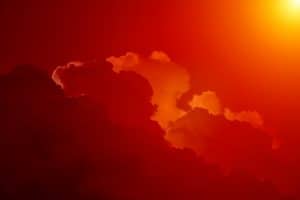 I Should Have Taken a Right Turn at Albuquerque

A bird sings of his triumph over the worm
as I awaken to a blood-red sky from a dream where
I died. Instantly I feel the pressure of life fill me
like it did God before he began to create. The concrete
walls reflect the morning chill as I roll over to recapture
the warmth lost in waking. I look through my prison
window in an attempt to find nature’s alarm clock and
see the moon watching the world move on without him.
I feel a connection to the lunar watchman. We are
both the remnants of brilliance now trapped in routines
of silence and time. While the moon slips unnoticed
into the end of his orbit the gravity of the morning
pushes me unnoticed into the beginning of mine.
The morning shines golden under the fluorescent
lighting. I push the minutes into the hours of the
day like the moon splashing waves on the beach. I
sit in my room, an outcast, reading Nietzsche pretending
to understand more than the comic book version of
the Überman. A letter sits on the table. Its words
are just moonlight; a reflection of what could be.
Trapped in my cell I feel like the
moon in a starless sky. With no one to torment
but myself, I am still that child sitting in my
father’s chair in the house my grandfather
built feeling like the dark spot on an eclipse.
I would stare at the road that slowly curved
toward our house like a lazy snake slithering home,
wishing the serpent would tempt me into banishment
from my father’s eden before I ruined paradise.
I spent my youth trying to catch the wind in
a jar always unscrewing the lid only to
find emptiness. Watching the shadows that grow
from the lids I learned the possibility of more.
Now I feel like a thunderstorm trying to be
remembered for the bloom not the flood.
Life is hard. Even Jesus changed his mind
when he rose to live it again. Oh, to be so lucky
as the angel Lucifer and be able to fly away
from it all to create a new name.
The moon is just a sliver in the sky as
He stands with his back to the world. His presence
cuts through the clouds not to liberate dying
souls but to create them. They say death makes
saints of us all and beauty turns us into sinners.
I wonder just how ugly the afterlife is.
I am haunted by the question of whether
I would want a pill to make me sleep or a chance
to break free. Every time I wish for the latter I
picture myself crawling through a hole to find
the sharp toothed grin of a prison canine. My stolen
Bug’s Bunny joke of I should’ve taken a right
turn at Albuquerque is never greeted with the
laughter it deserves.
I stare at the shadow-smothered ceiling
and wonder if the stars shine as bright
beyond it. Closing my eyes leaving another day
to the moonlight, I wonder if the moon sees
the blackness of space the same way I
see the darkness of sleep, as if it is the
beginning of heaven.