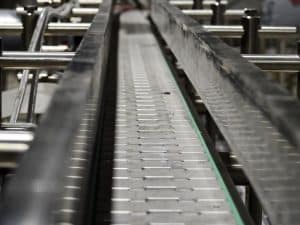 Eleven A oh six seven one they call as the boy not quite a man
Moves further down the line like a lamb in a slaughterhouse
End of the conveyor belt a nurse tells him to drop his drawers so she
Can inspect his meat she prods and pokes he coughs and chokes but
There’s nothing funny about spreading your cheeks for a stranger to gaze
Inside your asshole nothing funny about the officer’s nightstick cracking
Against somebody’s skull shattering their ribs because the nurse gave them
A woody the boy’s beautiful dark mane is shaved before he shampoos his raw
Scalp under water like the Devil’s piss and returns to the line this time
To get his picture taken his mug forever remembered in the Hall of Shame
An officer with eyes the color of tobacco spit hands him an ID:
Name Din # Eyes DOB Height Weight Hair Sex Language
But none of these things matter he is eleven A oh six seven one
Forever or at least for the next decade and a half which to him
Is the same his state greens are at least two sizes too big the others say he’ll grow
Into them he looks around at the gunmetal bars the white paint the blue of the
Officers’ uniforms and doesn’t see how he can grow into them into it into this
How the hell do you get used to seeing men used as pincushions as cutting boards
Their mouths like gaping flounders when the officers break it up how the hell
Do you get used to breathing air thick as mildew the floors of the corridors
Speckled with the blood of decades past the sleepless nights the open
Windows in February that get closed in July the roaches inside your locker in the hole
Underneath your sink dripping with water water that reminds the boy
Of Lady Liberty of pennies of the nine volts he pressed
On his tongue as a child at his grandparent’s house out of boredom
Out of a deep frustration no one including himself was aware of
He can never get used to the others the other prisoners the other men
The other kids born without last names and debating the truth
Like Jews and Christians unable to breathe because they’re buried alive
Drowning in the fire in the box kicking the walls and rattling the bars
Flinging shit like chimps screaming for someone anyone to listen
Watching as the boy not quite a man Eleven A oh six seven one
Moves further down the line