The PEN Ten: An Interview with Will Mackin

The PEN Ten is PEN America’s weekly interview series. This week, Lily Philpott speaks with Will Mackin, author of Bring Out the Dog (Random House, 2018). 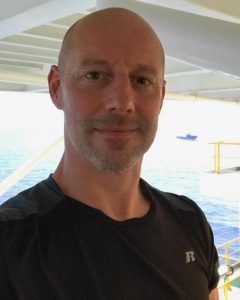 1. What was the first book or piece of writing that had a profound impact on you?
My dad gave me Catcher in the Rye one day when I was 12. The day itself wasn’t special—not Christmas or my birthday—but I remember the way he handed that book to me seemed special, like I needed it right then. Up to that point, I’d mostly read books on UFOs and tropical fish, so this was something completely different. I read it quickly. The image of children running through a field of rye perched high on a cliff felt important to me though I couldn’t say why. It became a secret code that I was perfectly happy to just carry around.

2. How does your writing navigate truth? What is the relationship between truth and fiction?
What feels true to me is when two or more things that appear to be unrelated wind up being related in a story. Fiction offers the freedom to find the hidden connections between those things.

“My freedom of expression has never been challenged in any real way, however the military put a premium on conformity, which only seemed to crystallize my desire to express myself.”

4. What is one book or piece of writing you love that readers might not know about?
“Midnight and I’m not Famous Yet” by Barry Hannah is my all-time favorite war story. I love the voice, the imagery, and the phrase “fortune’s ninny.” Overall, I love the idea that there’s honor in focusing all your effort on a tiny speck of nothing. 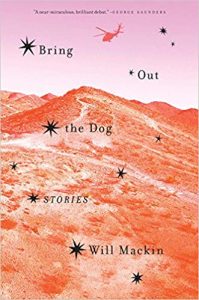 5. What is your favorite bookstore, or library?
Bookworks in Albuquerque. Friendly staff, good recommendations, and right next door to the place with the best breakfast burritos in town.

“Somebody once told me that, with the possible exception of my mom, nobody actually cares if I ever write or publish anything. I find this idea more liberating than depressing.”

7. How does your identity shape your writing? Is there such a thing as “the writer’s identity”?
The one thin book that I’ve written is a war book, so I suppose that makes me a “war writer.” Which is fine, I’ve been called worse.

8. What advice do you have for young writers?
Somebody once told me that, with the possible exception of my mom, nobody actually cares if I ever write or publish anything. I find this idea more liberating than depressing.

9. Which writers working today are you most excited by?
I’ve always wanted to be abducted by aliens. Not so much for the probing, mind you, but for the absolutely originality of the experience. New language, new physical rules, that sort of stuff. But unless I start spending more nights in the desert near Roswell, reading Miranda July is the closest I will probably come to such an experience.

10. Which writer, living or dead, would you most like to meet? What would you like to discuss?
If I could go back in time to the late 1940s or early 1950s, whenever Kurt Vonnegut was selling Pontiacs at his father-in-law’s dealership, I’d like to buy a car from him. First, though, I’d want to hear his sales pitch. I wonder if some part of him genuinely believed in Pontiacs. I’d also like to play the typical car dealer game where I tell him what I want, then he tells me what I need.

Will Mackin is a veteran of the U.S. Navy His work has appeared in The New Yorker, GQ, Tin House, and The New York Times Magazine. His debut collection of short stories, Bring Out the Dog, won the 2019 PEN/Robert W. Bingham Prize.

The PEN Ten: An Interview with Amal El-Mohtar

The PEN Ten: An Interview with Angie Cruz

The PEN Ten: An Interview with Dohra Ahmad