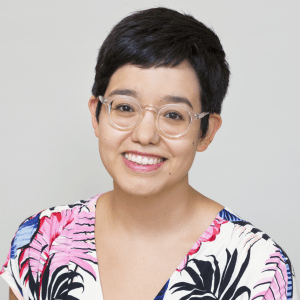 Lily Philpott was born in South America, raised in New England, and studied Literature and Creative Writing at Beloit College in Wisconsin and Trinity College in Dublin, Ireland. She is thrilled to take on the role of literary programs and World Voices Festival producer at PEN America, bringing a robust yearly calendar of public programs to life, curating the PEN Out Loud series at the Strand Book Store, and coordinating Lit Crawl twice a year, in Manhattan and Brooklyn. Philpott first joined PEN America as the membership and programs assistant, and worked on the 2017 PEN World Voices Festival of International Literature. Prior to joining PEN America, she worked with the Lower Manhattan Cultural Council and at the Public Theater’s Shakespeare in the Park.