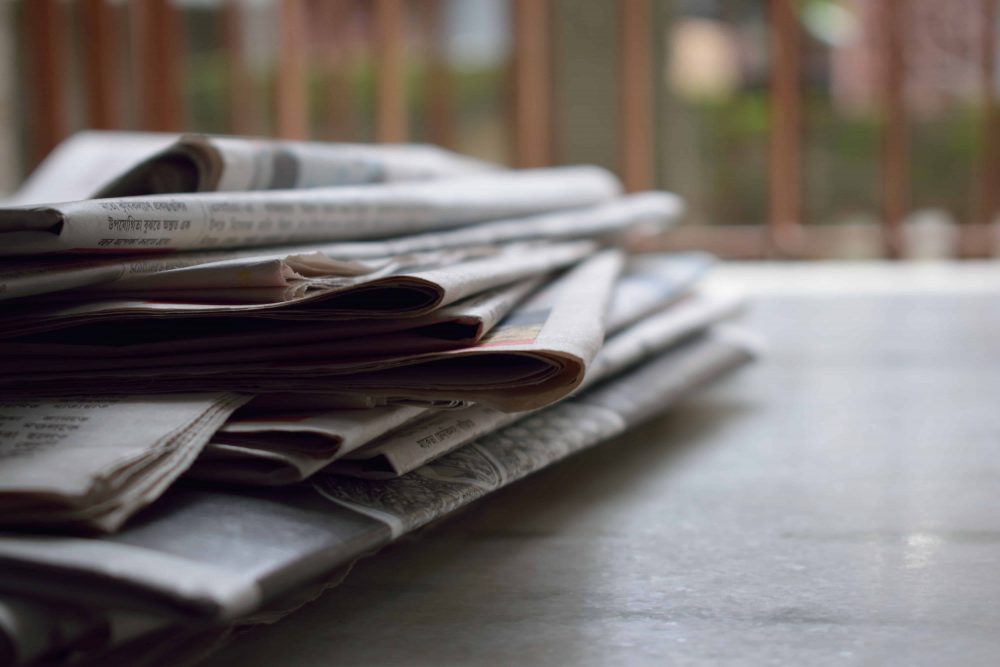 This piece was originally published by Slate.

The passage of $2 trillion in economic stimulus to jumpstart the U.S. economy is a significant benchmark in the coronavirus outbreak. But there’s a life-or-death industry that still urgently needs an immediate infusion of cash: local journalism. As federal agencies dole out dollars and Congress discusses future stimulus packages, it is imperative that some of those funds are explicitly set aside to bolster the local news industry.

When news broke of COVID-19-related deaths at a nursing home in suburban Washington state, the Seattle Times kicked into high gear. As the global news media devoured the story, local reporters kept area residents up to date on school closings, health regulations, store hours, and supply shortages confronting local health workers, not to mention obituaries. Ever since, the paper has remained in overdrive as far as journalistic output and increased audience, providing an information lifeline for one of the country’s hardest-hit communities.

The Seattle Times newsroom is doing all of this while it is down to half the staff it once had, a victim of larger economic forces decimating the local news industry nationwide. Now, with the shutdown of tens of thousands of U.S. businesses that normally spend money on ads, the crashing of financial markets, and the specter of recession, the business model for local news stands on the brink of total collapse. As politicians debate which essential sectors demand rescue in order to preserve American civic, cultural, and economic life as we know it, local news outlets are demonstrating daily that they deserve designated financial support.

Recognizing the civic service they perform, the Seattle Times and many other local papers have dropped paywalls in recent weeks, making their COVID-19 coverage free to all who need to know where to get tested, what new local health ordinances require, and how to procure necessities. The Centers for Disease Control and Prevention has historically relied on local newspapers to raise the alarm on health crises, and now is no exception. This type of original reporting, editing, and fact-checking in real-time on a breaking story with life or death ramifications is demanding and costly.

Yet the stresses on the local news industry are acute. The spiraling decline of ad revenue over the past 15 years has forced more than 2,100 local newspapers to close, according to University of North Carolina professor Penny Muse Abernathy. Nearly half of local newspaper newsroom staffs nationwide have lost their jobs. Not long before the pandemic hit, the second largest newspaper chain in the country, McClatchy, declared bankruptcy, portending mass layoffs. Vulture hedge funds have gobbled up a staggering number of local media outlets, squeezing margins even further to create so-called ghost papers that carry little original reporting.

Nonprofit newsrooms and ambitious private philanthropic efforts have helped shore up local news. But faced with the existential threat of a global pandemic, these experiments are providing too few dollars unevenly and too slowly. Though the pandemic has not yet peaked, the impact on the fate of local news may be irrevocable. Within just a few days, dozens of weekly newspapers that feed off listings for concerts, events, and restaurants—in Denver, Dallas, Detroit, Portland, Sacramento, and Washington—have laid off staff, slashed pay, and cut distribution. Editors have appealed to readers for donations and subscriptions, warning that each issue may be their last. Even local news outlets that have led the way in diversifying revenue streams, including the Seattle Times, are vulnerable to drops in ad dollars and sponsorships from reeling local businesses as well as declining subscriptions for budget-crunched news consumers.

The U.S. news industry employs more than 80,000 workers. Consistently rated by the public as more trusted than the national news media, local media is the first port of call for citizens needing accurate, up-to-the-minute information about how to navigate the pandemic within their communities. The press also has an essential role to play in the coming months in holding accountable the leaders in charge of an often ill-prepared and lagging pandemic response at the city, state and national levels.

Though local journalism has never been more vital, the current stimulus bill includes almost no support for this ailing industry. But it’s not too late. As federal agencies divvy up the funds, they can ensure that the local news industry can access some of these dollars. A portion of the $367 billion in small business loans could be specifically allocated for local news outlets, including ethnic and community media. It is not yet clear which large industries, aside from airlines, will be able to access the $500 billion in loans, but local media should be front and center. State and local governments could set aside a portion of the $150 billion they will receive to boost outlets providing life-saving information to their constituents—36 states already support public media. The $75 million set aside for the Corporation for Public Broadcasting is a start, but, whittled down from a proposed $300 million, it’s nowhere near enough. And that funding does not help local papers, which still provide the majority of original reporting in communities, nor the nonprofit and digital outlets that have emerged to fill the gaps left by shuttering newspapers.

As talk of future stimulus bills is percolating in Congress, local news deserves designated support: expanded funding for public media, a boost in government advertising, and interest-free loans and new pools of money specifically for regional and local newsrooms. Any financial support for local media must include thoroughgoing safeguards to ensure that public funding does not impinge upon the editorial independence. This initial shot in the arm should set the stage for longer-term, more comprehensive approaches that update the country’s approach to public media to meet the challenges of the digital age.

If newsrooms are forced to shut their doors, they may never reopen. If we allow local newspapers to shutter, when the next pandemic, flood, or hurricane bears down, communities will be on their own when it comes to essential information about how to survive. Local news must be among the vital organs that Congress makes certain to keep alive.

Updates on the Coronavirus from PEN America