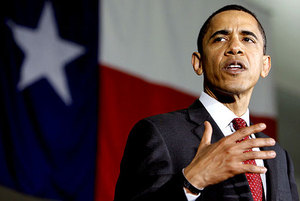 The following piece was first published on foreignpolicy.com on June 7, 2013.

It’s official. We are living in a surveillance state. This week’s revelations that wave after wave of Verizon call data, and an endless sea of emails and Facebook posts, are all being trawled by government dragnets are shocking but not really surprising. We’ve known for years that the government’s intelligence machinery has invisible means of cultivating and harvesting personal data in service of a war against terror that has taken over not just America’s foreign policy, but also our inboxes and homepages. Like the video footage of the backpack-laden Boston bombers melting into the crowd, this week’s disclosures are just an in-your-face reminder that forms of privacy once taken for granted—getting lost in a crowd or maintaining a private email account—are all but gone.

Knowing that the National Security Agency is searching our spam folders (where, after all, do many Americans have their highest concentration of messages from foreign nationals?) leaves us feeling violated. Yet, at least until now, the public and lawmakers have been content to do nothing about it. The acquiescence derives in part from knowing that intrusive and even indiscriminate government intelligence capabilities have likely prevented some, and perhaps many, deadly crimes and attacks. But it’s also a consequence of an almost total absence of recent data to prove that surveillance in its current forms causes tangible harm. Once we are done being dumbstruck by the latest disclosures, focus must shift to adducing facts and evidence on the harms of surveillance that can enable the public and policymakers to strike the right balance between outrage and acceptance.

The absence of clear proof of harm from surveillance can make it impossible to challenge in court. In February of this year, the Supreme Court held that lawyers, journalists, and civil society groups including PEN American Center, where I work, lacked standing to challenge a law that allowed the National Security Agency to eavesdrop on communications with foreign nationals. The Amnesty vs. Clapper decision held that the groups had failed to show they had suffered actual harm. In a convoluted Catch-22, advocates could not prove they were being monitored precisely because the program and its targets were kept secret, yet failure to so prove obviated a challenge in court. The case was lost and the program endures—as far as we know—intact.

That harm from these stealthy programs is hard to prove doesn’t mean it does not exist. American history and contemporary international examples suggest that the harm can take multiple forms and be irreparable for individuals affected. In U.S. history, aggressive covert surveillance has persistently veered into government efforts to thwart and punish lawful dissent. During the McCarthy era, the FBI spied on suspected communists and used information collected to get them fired from their jobs, to foment dissent in their organizations, and to leak damaging information to the press. The sense of siege was particularly acute among the creative community, where writers and actors came under suspicion, were barred from working, and sometimes saw promising careers destroyed. During the Vietnam War and civil rights movement, intelligence-gathering was used to intimidate and blackmail activists.

While today’s government data-mining tactics may be more precise and its motives more justifiable, we don’t really know enough to be certain. The divulgences to date, many of which have been leaked rather than shared, tell us little about how many people—guilty or innocent—have been identified, suspected, scrutinized, questioned, and otherwise affected by the data collected. While the stories of those wrongly targeted by these newly exposed tactics haven’t yet been told, mass-scale systems that base suspicion on algorithms must make mistakes. While the vast majority of officials with access to information generated by these schemes may maintain a strictly professional focus on ferreting out terrorism, the absence of transparency seems to virtually ensure that those who do not can go undetected. That the victims of error and overreach may be mostly foreign nationals does not mean the harm isn’t real or that the consequences won’t reverberate back to hurt Americans and American interests.

The trauma of the wrongly accused is not the only damage wrought by massive and intrusive surveillance; these programs may also harm those who are watched accidentally and mindlessly as a byproduct of programs directed at others.

In 1890, future Supreme Court Justice Louis Brandeis and attorney Samuel D. Warren wrote a seminal article defining a right to privacy. They pointed out that the law already recognized a “right to be let alone” and asserted that the common law “secures to each individual the right of determining, ordinarily, to what extent his thoughts, sentiments, and emotions shall be communicated to others.” That zone of individual control, they argued, is essential to enable intellectual and creative freedom. The process of drafting and redrafting an article, story, poem, love letter, or advocacy petition would be radically transformed if the writer focused on the fact that every single version could be sucked into a government server somewhere. Brandeis and Warren rejected the idea that voluntary surrender of privacy in one setting or to one group of people (Facebook friends, for example) forfeited the right to privacy in relation to others. They attributed to the individual the right to “fix the limits” of such disclosure. The freedom to create requires the freedom to control who sees your creation. While its parameters would evolve, the right to privacy became enshrined in the Universal Declaration on Human Rights and the International Covenant on Civil and Political Rights, the world’s most influential international human rights instruments.

Brandeis and Warren ground their right to privacy in the principle of an “inviolate personality,” arguing that infringements on the individual’s ability to decide who sees their thoughts and writings interfere with basic attributes of personhood and human dignity. This intangible but long-recognized form of harm correlates loosely but unmistakably with the discomfort and disgust most people feel at the thought of a national security bureaucrat, human or mechanical, rifling through our emails even if only to dismiss them unread as dull and useless. Although Brandeis and Warren’s arguments were set forth in the context of publishing and public disclosure, the prospect of personal information being involuntarily and secretly disclosed to the government is no less troubling, and probably more so.

In the extreme, the idea that government surveillance causes harm is hard to dispute. The resonance of dystopian fiction like Orwell’s 1984 and the film Minority Report attest to the deep-seated popular fears associated with being watched by the government. The apprehension, conformity, loss of freedom, and widespread mistrust that eroded social norms and quality of life in societies like Hitler’s Germany or Soviet Russia are widely documented. In reflecting back on life for Czech writers under totalitarianism, the novelist Philip Roth told the audience at this Spring’s PEN literary gala: “Every day brings a new heartache, a new tremor, more helplessness, and yet another reduction of freedom and free thought in a censored society already bound and gagged…. Unforeseeableness as the new norm and perpetual anxiety as the injurious result. And anger. The maniacal raving of a manacled being. Frenzies of futile rage ravaging only oneself. Alongside your spouse and your children, imbibing the tyranny with your morning coffee.”

Research also shows that closely watched prisoners’ sense of perpetually being watched contributes to anxiety, an inability to form bonds, and loss of individual initiative. In authoritarian regimes such as China and Iran, dissidents speak compellingly of the trauma and despair they endure as a result of being followed, monitored, and tracked in a dossier. Scarcely a week ago, the United States announced the easing of sanctions on Iran to permit the flow of technologies and tools to enable Iranians to be “more able to protect themselves against government hackers.” The rationale seemed obvious.

The few studies that have looked at the effects of similar tactics in less hostile and restrictive settings have confirmed similar, though more muted, effects. An EU privacy study documented that under surveillance, individuals make choices that are more likely to conform to mainstream expectations. A Finnish research project installed cameras and recording devices in the homes of 12 families and documented annoyance, concern, anxiety, and anger among the watched, as well as a loss of spontaneity as inhabitants contemplated any new social event or activity being captured by the cameras.

Now multiply that 12 by 100 million and there are grounds for concern about how surveillance may reshape Americans’ moods, psychology, and social life on a national scale. Until now, it might have been argued that what we did not know—or chose to ignore—about the staggering breadth of government surveillance couldn’t hurt us. Now that it’s front page news and trending on Twitter, that’s no longer true. The idea that friendly and trusted online brands—Yahoo, Facebook, and others—had some part in enabling the NSA’s broad incursions raises questions of what platforms and transactions, if any, can be fully trusted.

It seems inevitable that in the coming weeks, on the Sunday talk shows and perhaps in congressional committee hearings, we’ll learn of examples of conspiracies thwarted and deadly plots exposed as a result of the powers afforded the vast intelligence-tech industrial complex. We’ll also hear about well-intentioned, meticulous professionals who pry into all of our affairs only as much as absolutely necessary for national security, and not an iota more.

Defining the permissible limits of secret government surveillance programs isn’t an easy task. Failure to rigorously assess the benefits and dangers of surveillance and to hold a transparent national debate about what levels of intrusion are warranted risks pushing the United States toward a creeping embrace of elements of societies, past and present, that it most abhors.

The idea that new technologies can be simultaneously indispensable and dangerous isn’t new. That the popular addiction to email, texting, Facebook, and YouTube will keep usage levels high virtually no matter what is revealed about where posts may wind up should not be confused with public consent to ever more encroaching surveillance. As long as the programs remain even partially secret, that consent can never be fully informed. There is no substitute for courts, legislators, and executive branch officials taking responsibility to ensure that, in trying to protect American society, we don’t destroy what we love most about it.