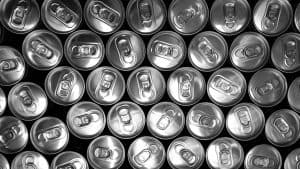 Michael Willie was awarded Honorable Mention in Memoir in the 2019 Prison Writing Contest.

The Murderers’ Ball is what we call the annual fall Lifer’s Club banquet. It’s mostly said in jest and among ourselves, Lifers that is. It’s dark humor shared by those of us who are in for life because we took a life.

When I first came down, I didn’t know anybody, and I didn’t have anything. I refused to ask for help from my friends and family. I wanted them to consider me dead and carry on with their lives. This was the same logic I used in the Death Penalty Phase of my trial: I refused to subject most of my friends and family by having them take the stand on my behalf. I wouldn’t even let my mother beg for her own son’s life. That’s what shame and guilt does to a man. And breaking all ties with the past, well that’s what Life Without Parole (LWOP) does to a man. At the time I thought I was doing them a favor and myself one as well.

Within the first couple weeks or so after I arrived here at the Penitentiary, two scruffy, long-haired, tattooed individuals coming up to my cell, called me by name and handed me a good-sized brown paper bag of miscellaneous hygiene and other canteen items including coffee, tobacco, toothpaste, envelopes, cups, candy, sugar, creamer, razors . . . etc through the bars of my cell. I remember pushing it back through to them, telling them that I didn’t want it, couldn’t afford it, and wasn’t looking for any favors. One of the first things you learn, from day one in county jail, is to not go into debt.

“No, no, no” the first guy said, “it isn’t like that. This is a gift to you from the Lifer’s Club. We don’t want anything in return. We are just reaching out to welcome you and to let you know that you are not alone in here. Lifers look out for Lifers.”

“You’re a Lifer and you don’t need to be living like this,” he continued, motioning with a sweep of his arm at my cellie and me in our small two-man cell that was originally made for single occupancy. It was a very dank and cramped quarters for even one person.

Within a week I was moving into a single cell and away from that cellie whose name I can no longer remember. I don’t remember the names of the two Lifers from that morning either, I don’t even remember thanking them properly. But I do remember how deeply that little encounter affected my early incarceration.

When I stumbled into joining the Lifer’s Club I honestly went for the free soda that they offered.

“Yep, no strings attached, just show up to a meeting,” my Lifer friend said.

I had never been one for attending meetings and obligating myself for more responsibility. Actually, I had made a career at avoiding such things. But at the time it had probably been a couple of years since I had tasted a soda, so that is how I first joined a club.

At that first meeting I also remember looking around seeing the faces of guys I didn’t know, and I didn’t want to know. I figured that I didn’t have anything in common with these guys except for a body. You look into these faces and think to yourself how could this be the face of someone who killed somebody, or into the next face and tell yourself, yes, now that is a face of a murderer.

Then when you get back to your cell, and you look into the mirror at your still-young face and see nothing of a murderer in it. You raise your chin and turn your profile and then you see it, the self-inflicted wound with its still-fresh pink scar from trying to take your own life after taking hers.

After a year or so the taste of soda wore thin. I didn’t know what the ins and outs of the club were and honestly didn’t take the time to find out. My mind wasn’t to the point of being able to think of others and their concerns, I was still filled with hate and discontent, mostly at myself, and I was still just trying to wrap my head around the reality of “Life Without Parole.” Playing softball and hiding from my past behind these big gray walls was my new routine. At one point I avoided looking over the walls for nearly seven years. Somehow or another I had let a couple of meetings slip by without my attending, and if you miss two consecutive meetings you are no longer considered to be a member in good standing and membership is terminated.

It would take me more than a decade to come back to the Lifer’s Club and give it another chance. I had beaten my LWOP down to Lifew/30, which in itself motivated me. There was a new power shift in the executive body, which carried a sense of a new direction for the club. With all this new energy it felt like the timing was right to rejoin the club. It’s common knowledge here in the Penitentiary that the Lifer’s Club always treats its membership the best and really steps it up for the banquets. After getting a taste of them, these banquets were a top priority for me now.

I had a pretty good run at the Lifer’s Club that second time and was a member in good standing for several years, but still had only begun to get my feet wet learning about all the club’s programs and activities. Still these meeting were more of a social gathering for me. I had some friends, whom I didn’t see as often as I would have liked. It was good to reconnect with them at the meetings. I found it enjoyable to donate my time, materials, and energy from the hobby shop to help support our program and volunteers, but the important part was that I was donating something to someone beside myself.

Around this same time my mind became occupied with the Parole Board and everything that entails. The closer I got to my 20-year mark and my first parole hearing, the more I started to worry about doing things that would impress the parole board. Only being allowed to join three clubs, I chose to drop Lifer’s and join AA/NA, which seemed to be the only programming recognized by the Parole Board. I’ve since found that all volunteer work is from the heart and not meant for anything else but for the good of the cause itself. But back then, I wasn’t quite there yet and was still mostly concerned about my own wants and needs and jumping through the hoops for the Parole Board. Another decade or so would pass by before I found myself joining the club now for my third time.

Maybe it has just taken this long to understand the way things work. Rejection and hearing NO doesn’t affect me as it once did in my youth. When you volunteer your time for a club and start getting into the nuts and bolts of it all, you learn that it’s not uncommon to be working on a worthy and beneficial project only to be shot down at the last moment. Chain of command works that way. I remember a mentor’s word of advice to me at the time of starting my volunteer work.

“Keep asking. They can’t say no forever because our forever will be way past their forever. Their forever is retirement.”

Those words resonate in only the way a man with a Life sentence can hear them. Next month we will have our first of two Murderers’ Balls. Our club is so big that we are granted two. It is the biggest club in the prison with 150 members, not including the 33 members on Death Row, plus a waiting list of 10 to 20. Our visiting room that acts as a dining hall for these banquets has a capacity for only 85 prisoners and their guests. Members are allowed to bring in a guest from their visiting list. Our members who have guests look forward to spending this time sharing a meal with a loved one. Food from the outside is the big draw for the bachelors (those without a guest) attending the Ball. Good food is damn near everything to prisoners. Some years we have Chinese food. Some years we have BBQ ribs and chicken. Last year we had “build your own” hamburgers and hotdogs, like a picnic. But this year’s ball might top them all with beef brisket and chicken. And we always have plenty of ice cream to go around. We wish that everyone incarcerated could experience a banquet with good food, good atmosphere, good conversation, and most importantly, less noise and congestion than chow hall dinners. Community connections and keeping these connections is so important for successful reentry. The real shame is that we don’t have more ways to have these connections with family, friends, and loved ones throughout the year.

A previous administration rescinded the Lifer’s Club privilege of giving away gift packs to the newly arrived Lifer because it violated a code of conduct rule that states, “An inmate cannot give, trade, borrow, or steal property from another inmate.” But we keep trying to reinstate it, us old school Lifers who remember the benefits of such a program. There have been other good Lifer programs that have gone by the wayside during my time with the club, like the Lifers’ Stuffed Animal project and the Lifers’ Hobby Shop bench.

But we do have the Murderers’ Ball. And at the banquet are people in our community who are trying to make a difference. Some of them may not even know it yet, like I didn’t. They’ll have to go through a “gestation” period like I did, and like the generations of Lifers before me did.

Greece’s parliament approved a bill on Thursday regulating street demonstrations as thousands marched through central Athens to denounce the new law. The law was introduced as an attempt to regulate demonstrations which it says cause frequent disruptions. https://reut.rs/2BVPW88

Five Australian journalists working for Al Jazeera in Malaysia are being investigated for a documentary into why the COVID-19 pandemic forced migrant workers into hiding. The broadcaster called on authorities to "respect media freedom." https://bit.ly/2OfklB3