Mikhail Shevelev: “Don’t Betray What You Stand For’’ 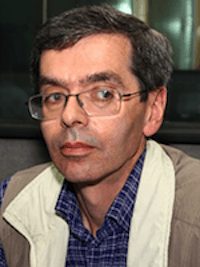 Few people in the last 25 years have benefited from reforms in Russia as journalists have. And there is hardly any other professional group that has done so much to discredit the principles of democracy and freedom. The consequence of this is the current autocracy, which limits, of course, freedom of speech. The rules for survival in these circumstances are very simple. They are hygienic in nature. Don’t try to combine journalism with material well-being. Don’t betray what you stand for: gender equality, the rights of the LGBT community and minorities (mostly, аs a rule, Jewish people), etc. Don’t steal from budgets entrusted to you. Don’t steal in general. Following these simple rules will allow you to keep the right to be called a journalist and will bring an end to authoritarianism.