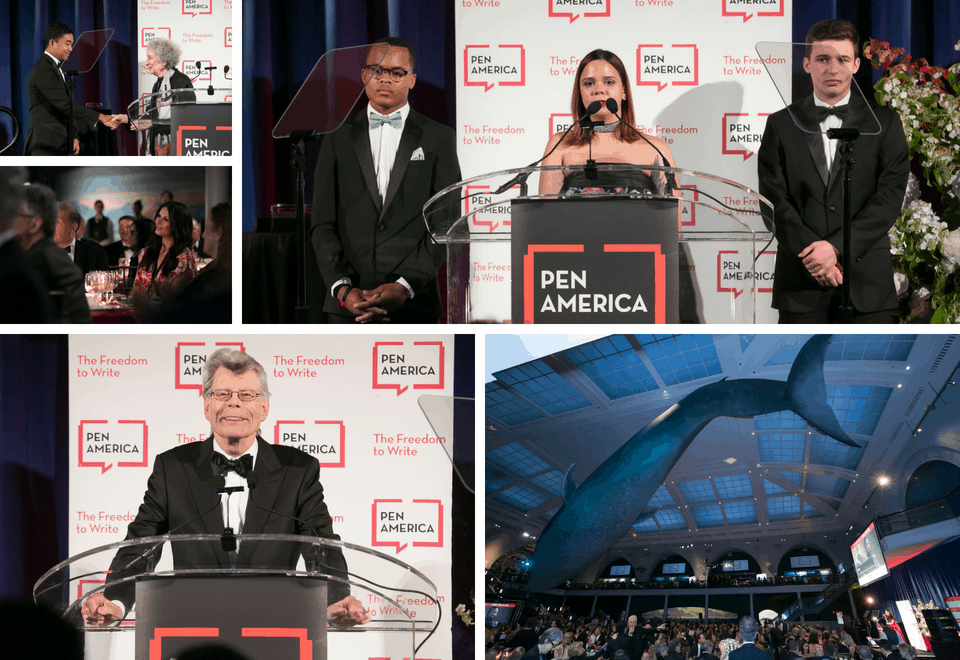 The annual PEN America Literary Gala is a highlight of the New York literary and social calendars, with over 800 guests and an impressive group of leading writers who sit among them as Literary Hosts. Every year, it’s an inspiring, exhilarating, moving event; we promise an unforgettable evening. The proceeds from this dinner are crucial to PEN America’s dynamic cultural programming and critical advocacy work on behalf of free expression.

ABOUT THE AWARDS PRESENTED AT THE PEN AMERICA LITERARY GALA

Unlike PEN America’s literary awards, the awards conferred at the annual PEN America Literary Gala are not juried awards based on a competitive submission process. These awards, which currently include the PEN Literary Service Award, the PEN/Barbey Freedom to Write Award, and the PEN/Toni and James C. Goodale Free Expression Courage Award, are granted after consultations among PEN America staff and Trustees with specific relevant expertise on matters of literature and freedom of expression. In some cases, outside expertise from PEN America’s membership, partner organizations, and network of contacts is enlisted to inform internal analysis and deliberations. All final decisions regarding Award determination and recipients are made by the Executive Committee of the PEN America Board of Trustees.