Among this year’s winners are revolutionaries, icons, and trailblazers, masters of their craft and leaders of their students. These writers ask complex questions and refuse simple answers; through language they confront preconceived patterns, ideas, and notions, and challenge the world and its people to be better. By poetry, translation, screenwriting, dramaturgy, performance writing, and the art of editing, these honorees transform the arc of the literary canon and infuse it with striking originality. They transcend barriers, languages, and cultures, and pointedly address urgent topics for conversation. They are bright lights, guiding us in directions we must follow.

Selected by panels of dedicated judges at the forefront of their fields, these honorees have the power to awaken empathy and define public discourse. You can learn more about the 2021 PEN America Literary Awards judges here.

The 2021 career achievement awards will be celebrated at the 2021 Literary Awards Ceremony, held virtually and open to a global audience on April 8 at 7pm ET. Registration is free and tickets can be reserved here.

From the judges’ citation: “George C. Wolfe is a director, playwright, and producer whose career across stage and screen has continually transformed and pushed the boundaries of American culture. Wolfe endows his work with a deep historiography, investigating past legacies while urging us to imagine more inclusive futures. From his stagings of the theatrical canon to contemporary masterworks, Wolfe is meticulous in revealing authentic humanity.

“In all his works, Wolfe tells stories that insist upon a cathartic confrontation with the darkest aspects of history. From his vast and nuanced body of work exploring Black and African American identity, to his poignant stagings of The Normal Heart and Angels in America chronicling the heartbreak of the AIDS epidemic, Wolfe has played a key role in expanding the stories told and heard within American culture. Across his career, Wolfe has articulated his understanding of the universal language of music and the musical dialects which have grown through history as fundamental facets of the American experience. Through Jelly’s Last Jam; Bring in ’da Noise, Bring in ’da Funk; Caroline, or Change; Shuffle Along, or, The Making of the Musical Sensation of 1921 and All That Followed; and Ma Rainey’s Black Bottom,  Wolfe acts as a maestro, telling stories with and of jazz, funk, rap, and blues. With each new work, Wolfe continues to expand the possibilities of all his mediums, fostering a broad ability to communicate the complexities of the human experience.

“Wolfe has transformed the American theatrical landscape, continually inspiring and innovating through his vast body of work both independently and as artistic director of institutions, including The Public Theater. PEN America is proud to honor the work of the visionary George C. Wolfe with the 2021 PEN/Mike Nichols Writing for Performance Award, offering particular recognition for Wolfe’s masterful direction of Ma Rainey’s Black Bottom, a timely and deeply moving film offering an examination of Black life and rich portrayal of Black artists asserting their agency in a deeply racist society. Wolfe’s innovative writing and captivating storytelling make him a true visionary and one of the most important contributors to the American cultural landscape at work today.” 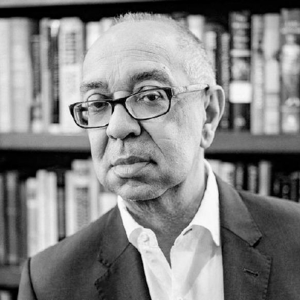 Conferred annually to a living author whose body of work—either written in or translated into English—represents the highest level of achievement in fiction, nonfiction, poetry, and/or drama, and is of enduring originality and consummate craftsmanship. The writer’s work will evoke to some measure Nabokov’s brilliant versatility and commitment to literature as a search for the deepest truth and highest pleasure—what Nabokov called the “indescribable tingle of the spine.”

For crossing boundaries again and again.
For her rejection, interrogation, and redefinition of inherited forms and genres.
For her uncanny weaving of the classical and the avant-garde.
For her transformative translations.
For startling us.
For her heterodoxy, hybridity, and hilarity.
For her gravity and her wit.
For her playful erudition.
For returning us to the queer affective resonances of antiquity.
For making the unimaginable duet of philology and grief sing.
Because she is poikilos, ‘scintillat[ing] with change and ambiguity’. 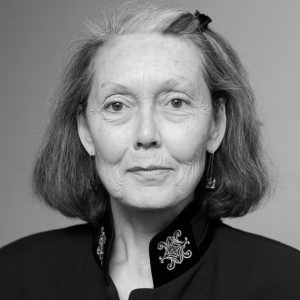 Conferred annually to an American playwright with an outstanding voice, and working indisputably at the highest level of achievement. Recognizes excellence in American theater and the playwright’s literary accomplishments, apparent in the rich and striking language of their work.

From the judges’ citation: “Daniel Alexander Jones is a multidisciplinary artist whose consummate talents have taken the work he has done primarily as his alter ego Jomama Jones from theaters in Soho to concert halls in Europe. In a time when conservatism, queerphobia, and anti-Blackness moved not only through our country but throughout our industry, Jones has continued perfecting a dramaturgy all his own based in the traditions of Africana studies, performance studies, queer theory, and mysticism, challenging established traditions while creating space for audiences to ponder what theater is and who it is for. Like in Jones’s three-part memoir/pageant Duat, wherein he takes the audience on a journey from his childhood library to a spiritual rumination on the afterlife, we might end up combining the artist’s dramaturgical understanding of mysticism with his other significant contribution to the field: pedagogy. It feels significant to articulate that a significant aspect of Jones’s practice is in teaching students solo performance and drama. In this time of intense change in our industry, it feels especially momentous to celebrate an artist with such a holistic and hybridinal approach to the work of ‘playwriting.’” 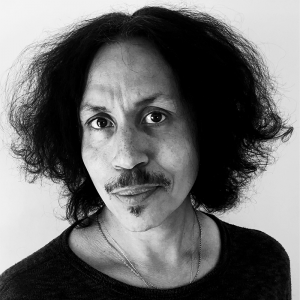 Honoring a magazine editor whose high literary standards and taste have, throughout their career, contributed significantly to the excellence of the publication they edit.

From the judges’ citation: “Born in Ghana and raised in Jamaica, Kwame Dawes serves as the Glenna Luschei Editor of the journal Prairie Schooner and is an editor for the African Poetry Book Series at the University of Nebraska, where he serves as the Chancellor’s Professor of English. Dawes is an active literary advocate for literature around the world: he cofounded and serves as the artistic director of the Calabash International Literary Festival, which takes place in Jamaica. Dawes has also worked as an HIV/AIDS advocate in this country and in Jamaica, and is the author of several books of poetry.

“A bold and visionary editor, he has both proved the ongoing validity of the literary journal and taken it to new places. His publication, Prairie Schooner, constantly demonstrates excellence and innovation. For a decade it has consistently published work that is rigorous, aesthetically diverse, and compelling. Nine years ago, Dawes oversaw an expansion into podcasts, with Air Schooner.

“At a time when we constantly hear laments for the death of reading at the hands of technology, Dawes’s work suggests that with enough energy and imagination, the landscape can be rearranged. He is the perfect recipient of the PEN/Nora Magid Award for Magazine Editing—an editor whose commitment and taste have added vital force to American and World Literature.” 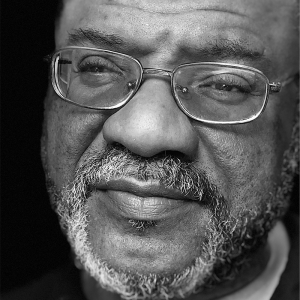 Awarded every three years to a translator whose career has demonstrated a commitment to excellence through the body of their work. The prize will recognize and support the longevity of the translator’s career. The winner is selected by a subcommittee of the PEN America Translation Committee.

From the committee’s citation: “In a landscape of literary translation that is still beholden to linguistic and national silos, Pierre Joris’s work has long been and remains essential in mapping currents and countercurrents of global modernity. As literary translation struggles to confront imperial histories of violence and erasure, and to engage with and encourage voices of cultural and linguistic differences, Joris has blazed a path for generations of emerging translators to follow. Having spent over half a century moving between Europe, the U.S., and North Africa, and working across multiple languages, Joris has built a stunning and unparalleled career as a translator, poet, essayist, editor, critic, performer, and academic. Indeed, Joris’s personal trajectory has fueled his articulation of a “nomad poetics” that cannot be contained by national or linguistic boundaries, one in which Anglo-European perspectives are enriched and complicated by those of the Global South, and where translation models the potentialities and necessary complexities of cross-cultural contact.

“As a translator, Joris’s major achievement is his magisterial and exhaustive work on Paul Celan; some of the other authors whose work he has brought into English are Adonis, Jean-Pierre Duprey, Safaa Fathy, Abdelwahab Meddeb, Pablo Picasso, Rainer Maria Rilke, Kurt Schwitters, Habib Tengour, and Tristan Tzara; into French, the authors include Gregory Corso, Allen Ginsberg, Jack Kerouac, Sam Shepard, and Pete Townshend. The PEN Translation Committee is delighted to honor Pierre Joris for his achievements and contributions, and for opening the global field of literary translation, both on and off the page, for over half a century.” 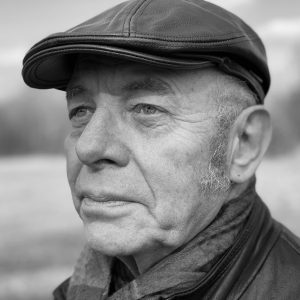 Join us for the 2021 PEN America Literary Awards Ceremony at 7pm ET/4pm PT!