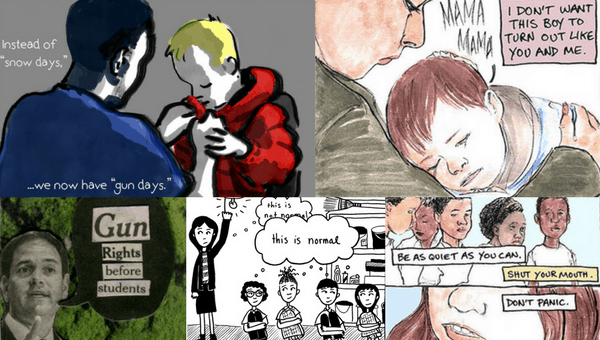 In this week’s special edition of Illustrated PEN, Guest Editor Meg Lemke presents “Lines Drawn”—a series of illustrated responses, by parents and educators, to caring for children in an era of continued school shootings.

Meg Lemke writes: April 20 was the 19th anniversary of the Columbine high school massacre. CNN reported on that day that so far in 2018, the United States had experienced weekly school shootings that injured or killed someone. Some make national headlines; others, like gang-related violence, often don’t.

Now the generation that grew up after Columbine is having children; some have become educators. Guns and violence and lockdowns and fear have become an everyday part of the American educational experience.

This is not acceptable. Young people are standing up, fighting back, and speaking out to legislators and law enforcement. [Editor’s Note: Learn more about some of these young activists who are exercising their free expression in order to demand substantive change, and who will receive this year‘s PEN/Toni and James C. Goodale Freedom of Expression Courage Award.] But what about the adults in the room?

“Lines Drawn” is a narrative response by a collective of parents and teachers using comics and graphic pieces to illustrate how they, as adults, feel and try to take responsibility for the care and safety of children and youth in an age of continued school shootings.

Previously published (and continuing in subsequent issues) on MUTHA Magazine, this series was created with the goal of adding “momentum to the groundswell of students demanding solutions to end gun violence, not only in schools, but as related to police shootings of people of color, and the criminalization of African Americans.” 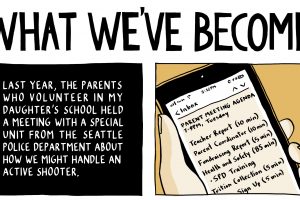 You see, my daughter's school is a preschool. Her classmates are 3 and 4 years old. We would never watch a movie at school. But saying we were would… More 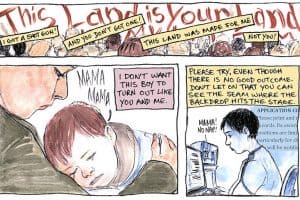 Don’t waste time opening the windows when the tornado comes. Touch the door to feel for heat from the other side. Stop—drop—(cover your eyes)—and roll. Don’t shout “Help!” Shout… More 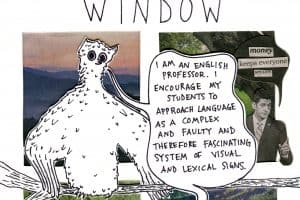 I am an English professor. I encourage my students to approach language as a complex and faulty and therefore fascinating system of visual and lexical signs. Lately I find… More 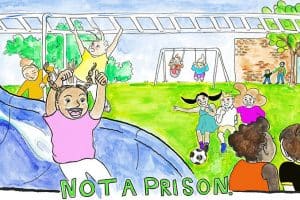 I am acutely aware of how easy it might be for someone with a gun to cause the most atrocious of horrors despite the school's commendable efforts... More 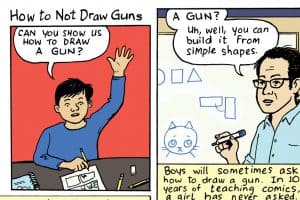 How Not to Draw Guns

Boys will sometimes ask how to draw a gun. In 10 years of teaching comics, a girl has never asked. Boys even ask me this in classrooms once occupied… More 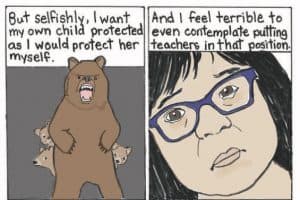 My daughter has had many stellar teachers, the kind who would put their kids' safety before their own. I can't stand the thought of those teachers acting as human… More 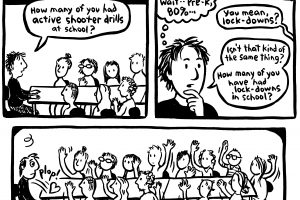 I asked the director of College Mental Health Services for advice on leading a classroom discussion on Parkland...  More 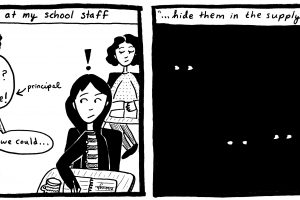 In 2012 I had my own class of first graders at a small private school just outside Washington, D.C. On December 14 of that same year, 20 first graders… More 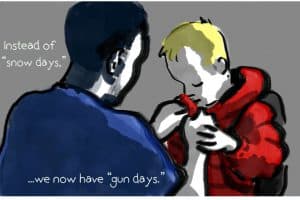 My son snored next to me while I read ... “All classes and activities have been cancelled. We are investigating a potentially serious threat made against the campus and… More

Lissa: A Story About Medical Promise, Friendship, and Revolution