Banned in the USA Q&A: Kyle Lukoff on the ‘desperate importance’ of fighting book bans 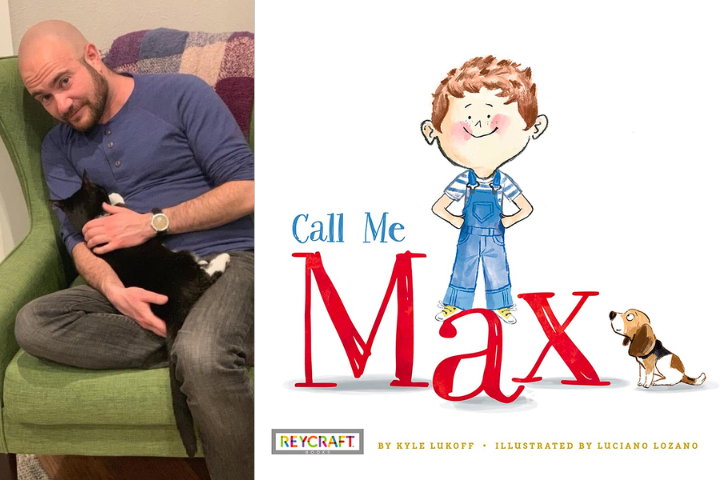 A page from Kyle Lukoff’s book Call Me Max was blown up and propped behind Florida Gov. Ron DeSantis, in the style of a Wanted poster. At the bottom, in all caps: FOUND IN FLORIDA.

Call Me Max is an early reader about a student who doesn’t feel like the name his parents gave him fits who he really is. It’s a gentle introduction to what it means to be transgender, and it was banned twice in the 2021-2022 school year, according to PEN America’s Index of Banned Books. Lukoff’s picture book, When Aidan Became a Brother, featuring a child who wants to be sure a new sibling isn’t misgendered, was also banned twice.

Lukoff said those who oppose his books are in essence questioning his right to exist as a trans man. “This is very much about the rights of LGBTQ people and people of color to exist and to thrive in a society with full power and equality, if not equity.”

He spoke to PEN America about what he calls the “desperate importance” of the situation.

PEN America: Why do you think book banners’ voices have gotten so loud?

Kyle Lukoff: I think that in some ways it is a backlash to the successes of the We Need Diverse Books movement. There are so many more books now focusing on kids and other people whose experiences have otherwise been marginalized out of traditional publishing. So there are more books to ban in some ways than ever before, if that is where your intentions lie. But I also think that this specific movement is much more an outgrowth of building political power from particular sects of the right wing movement of this country that are trying to destabilize public education, that are trying to install more explicitly Christian nationalist politics into the mainstream, and that are seeing children and education as one of the most fertile grounds for a lasting victory.

What would you say to someone who thinks your books are inappropriate?

When someone is saying that my books are inappropriate, what they are really saying is that the way that I live my life, the kind of person that I am, is someone who is inappropriate to be around children in the first place. And I often feel like it’s beneath my dignity to defend my basic right to exist within a society or a family or a community. But if I had to speak to that, I would remind them that people like me have always existed and will continue to exist, regardless of the books that we have access to. So the question is whether we are going to exist in a world where our lives can be lived openly and with pride and joy, or lived in the furtive shadows of the underworld where we have often been relegated. And of course, they would rather us stay in the shadows. But I don’t want that to be the future of the kids that I get to meet.

You have said this fits with a history of moral panics. How do you see this playing out?

I am Jewish and my family came to this country in the early 20th century as a reaction to the situation in Eastern Europe. So when people ask me how I see this situation playing out, I don’t necessarily see what is going to happen. But I have the voices of my great great grandparents in my head screaming at me that this is why they left, how they got out in the early 1900s before things got even worse. So sometimes I wonder if I should listen to them.

You’ve said that you’re literally fighting for your life. What did you mean by that?

When people say that books about queer adults or children are not appropriate to be read by kids, they are saying kids should not know about the existence of LGBTQ people. And if you want to prevent kids from knowing about the existence of LGBTQ people, the easiest way to do that is through restricting books and other media. But you can also build up to removing those people from your communities wholesale. I’ve heard of trans teachers being fired from their jobs, losing their income, becoming housing insecure. When you manage to convince a large portion of the population that a small and vulnerable minority is an open threat to your children, that easily tips over into interpersonal, street level violence. Many, if not most, trans people already live in close proximity to violence, but it can always get worse.

What hope do you carry from your work, and from the people who are fighting for your work?

I don’t walk around every day with a lot of hope. I tend to put all of my hope into my books. But I do hope that through this kind of work, more people are starting to realize that this is an incredibly important matter, and that they have a lot of power in it—because the people that disagree with me have realized that this is an important issue that they have a lot of power in. So I would love for the people that are on my side to have a similar awakening and act as though this is of desperate importance, because it is. 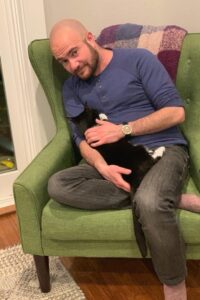 Kyle Lukoff is the author of many books for young readers. His debut middle-grade novel, Too Bright To See, received a Newbery honor, the Stonewall award, and was a National Book Award finalist. His picture book When Aidan Became A Brother also won the Stonewall. He worked as a bookseller for ten years, and then nine more years as a school librarian.

This @CelebJeopardy finalist is currently featured in the Netflix adaptation of @neilhimself’s The Sandman. He reached the final by answering a Final Jeopardy question about a novel written @MargaretAtwood.